Jo-Ellen Trilling’s work was showcased in Part 3 of  this exhibition. Through political activism via art, Trilling among other artists led way to the immense growth of the SUNY New Paltz Fine Arts program.

Jo-Ellen Trilling’s art welcomes one into the world of fantasy and fairy tales. Trilling is a 71-year-old artist known for her anthropomorphic paintings and doll sculptures. She uses the charm and innocence of animals, toys and magical beings to show the darker aspects of the world. She began her career in the 1970s.  Since then, she has participated in several art galleries, worked on a book titled, “The Secret: A Treasure Hunt” and was featured in the film,“The Art of The Dollmaker.” Her most recent work was presented in “The Golden Age of New Paltz” exhibit from Oct. 7 to Oct. 17 at the Wired Gallery in High Falls, NY. 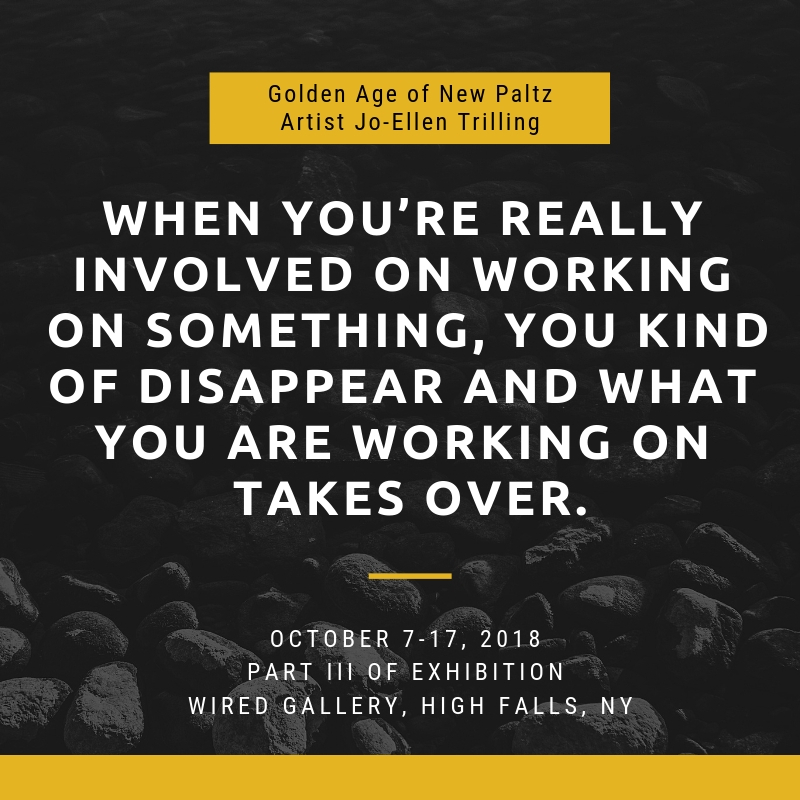 What inspired you to create doll sculptures?

Poverty. I was living in New York in a tiny room. I had a bunch of fabrics around and I thought it would be a good idea if I just maybe sewed something. I brought [a doll I sewed]  to a little store and they bought it right away. I thought, “Hmm, maybe I will try that again.” So I just started making dolls and selling them. That is how I made my living.

Most of your work contains animals, toys, and magical beings. Have you ever created or considered creating works that differ from these common themes?

I considered it, but I don’t think I do humans really well. I am really good at making anthropomorphic figures. It seems to come more naturally. I can draw from life, but it doesn’t thrill me as much as putting stuff together. 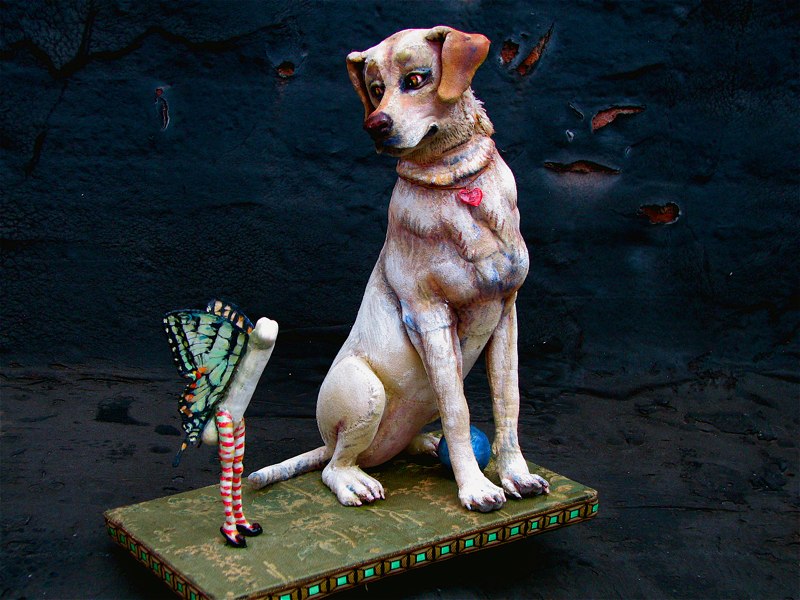 Out of all your artwork, do you have a favorite piece?

I actually do. I woke up one morning laughing because I must have been dreaming and I have this little scene in my head with the Wicked Witch of the West turning into Dorothy. It was a funny dream so I just made it into a sculpture and I really liked it.

What work do you most enjoy doing?

What is your favorite fairy tale?

I grew up on fairy tales. It’s not that I have a favorite, but maybe something that has to do with something going on in the world right now that is reflected in the fairy tale that I remember. Your body is a vessel and all these things you see and hear all go in and get filtered out through whatever you’re trying to express through whatever art form you have. I wouldn’t necessarily say I have a favorite fairy tale, I just use them as a natural resource. 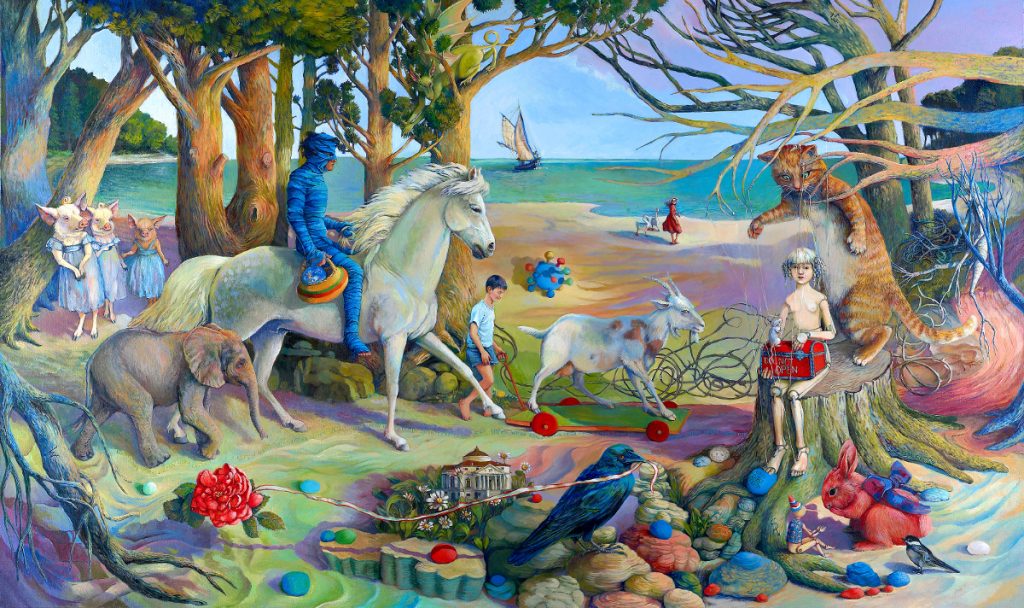 What does your artwork aim to say?

I think it is interesting to look at it. I don’t know what it says when I make it. I don’t know what people take away from it. I just do what comes out of me so if somebody likes it or if it affects them, then it is good. It’s all stories that are from inside me that are from life or from something I read or something I heard in the news. They all kind of just filter through and come out in a bizarre way.

How does your work comment on current social or political issues?

I think that there is always a fear that I feel personally. I always have this very deep ball of sadness inside me looking around the world the way it is instead of how it could be. I think there is always something a little bit frightening in everything [all the artwork] that I do. It looks sort of charming, but if you look at it closer, it is disturbing, and that is how I see the world. 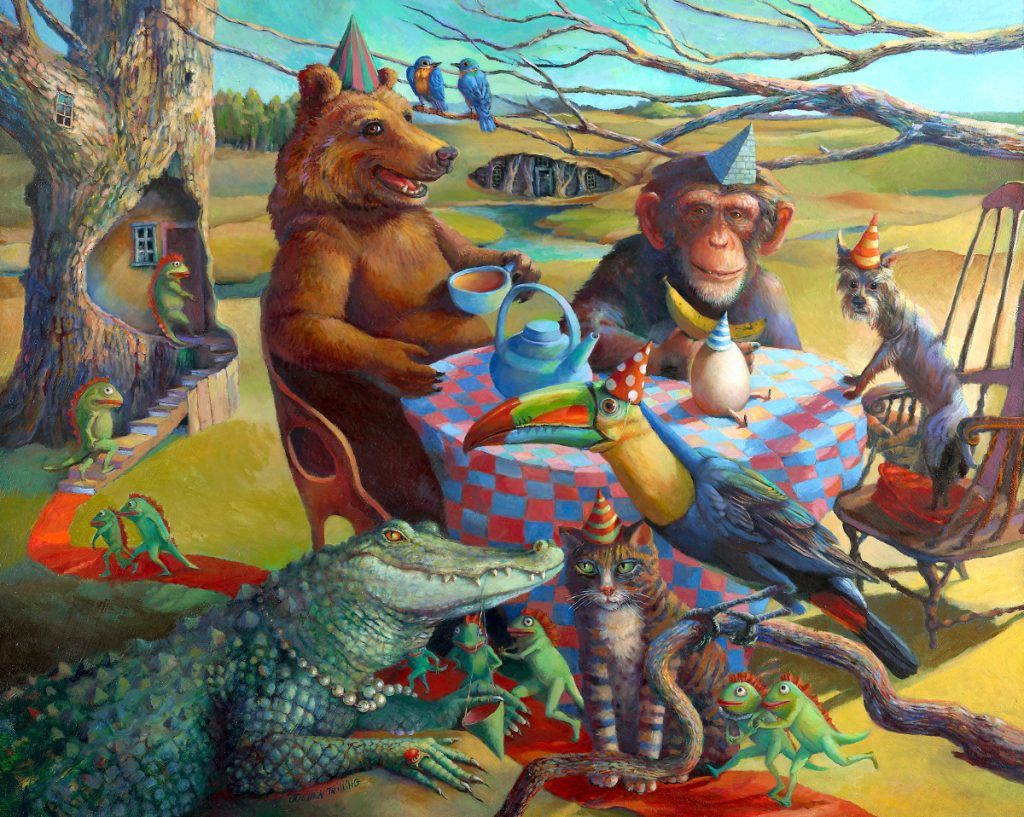 Fill out a poll about this article here: 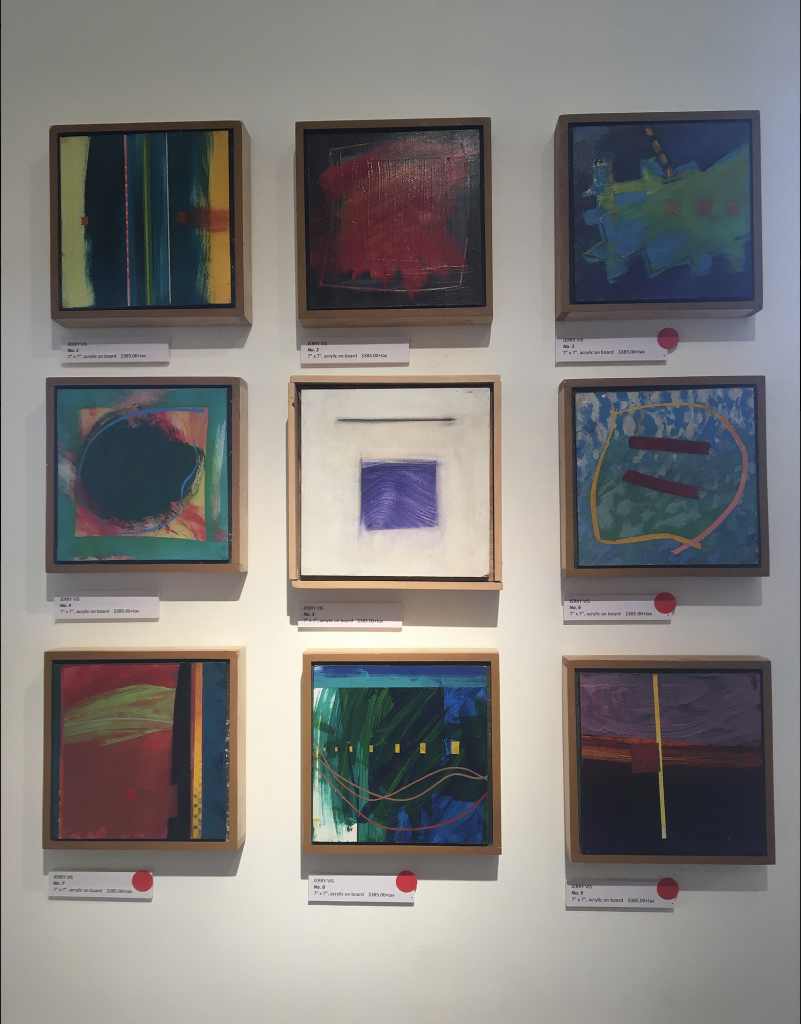