Edited and Packaged by The Little Rebellion

Tiled mosaics and religious edifices sparked the obsession with art in a young Sevan Melikyan.  Melikyan, born in Turkey, was intrigued by art in Istanbul as a child. After living in Paris as a student in the late 1980s, Melikyan moved to America to follow his dreams to be an artist. After his work as a program director in New York City and a director of marketing and public relations in Dallas, Melikyan moved to High Falls to be closer to his family. Melikyan is the founder and director of Wired Gallery, where his expertise allows him to lay out exhibits in an art form of its own. Melikyan’s fascination with the history of art created a special connection to the Golden Age of New Paltz in the many similarities it has with historic art movements.

What is it about Istanbul’s art that inspired you to take this career path?

My art came from many influences, being from Turkey and from being exposed to rugs, primarily. Those designs that are very geometric affected my aesthetic inclinations. When I moved to America and discovered artists that do hard edge, abstract work, that really excited me a lot and gave me a license to do things that simplified.

I have to tell you, though, since taking on this gallery, my art has taken a little bit of a backseat.  Time is a factor, but also fulfillment is a factor. In other words, this gallery gives me tremendous satisfaction and I can fulfill the urge of sharing things that I love. My art was a vehicle for that, and now the gallery is a vehicle for that, and certainly fulfills me thoroughly. So for those reasons my easel has not been very active lately. I still hope to get back to it one day.

Growing up in Turkey and constantly working in big cities, what led you to High Falls?

My wife has family here. Her ancestors had established Mohonk Mountain House, so she has roots here. Before that I was in Paris, and after that New York City, and after that Dallas/Fort Worth area, and after that we came here. Once you leave your country, you can land almost anywhere, especially if there is a big disparity in where you are coming from.

What is special about the artistic history in New Paltz that made you take it on as an exhibit?

The purpose of this gallery is to show art from those who live among us, who are local. It’s very important to me that whatever I do here fulfills that mission. I found out there was a time in our local history with this great concentration of artists that had found each other, and had circled around the burgeoning SUNY New Paltz. Professors,students and resident artists started to work together in a way that I had heard happens in the history of art, where artists all mesh together and exchange ideas. You can go back to the Golden Age of Dutch painting, where you have a concentration of artists working together and being inspired by each other. You can go even further back to the Renaissance, and you’ve got a huge concentration of artists in Florence and Venice doing very similar things. So knowing what happened in the history, and how those moments are precious, I saw some similar elements here in New Paltz.

What styles of art are you bringing to this exhibit?

The first installment was a lot of portrait work. The second group was sort of a mix. We saw some portrait work, some landscapes, some images that refer to music, really what you think of the 60s.  This last installment is more concerned with political matters. This is now the late 60s going up to 1971, so maybe there is a little more of a social commentary.

The pieces are shipped here Monday or Tuesday before the show, so Tuesday evening I take pictures of all the work so then I can bring it up in Photoshop, and lay out the show digitally, and by Friday night I can have all the work on the walls. That’s why I can have this rhythm of being able to close a show on Sunday and open a new show on Saturday.

Any plans for a future show?

I am planning a show that is going to feature artists that have moved to Ulster County very recently. That’s something that’s in the works for next year. 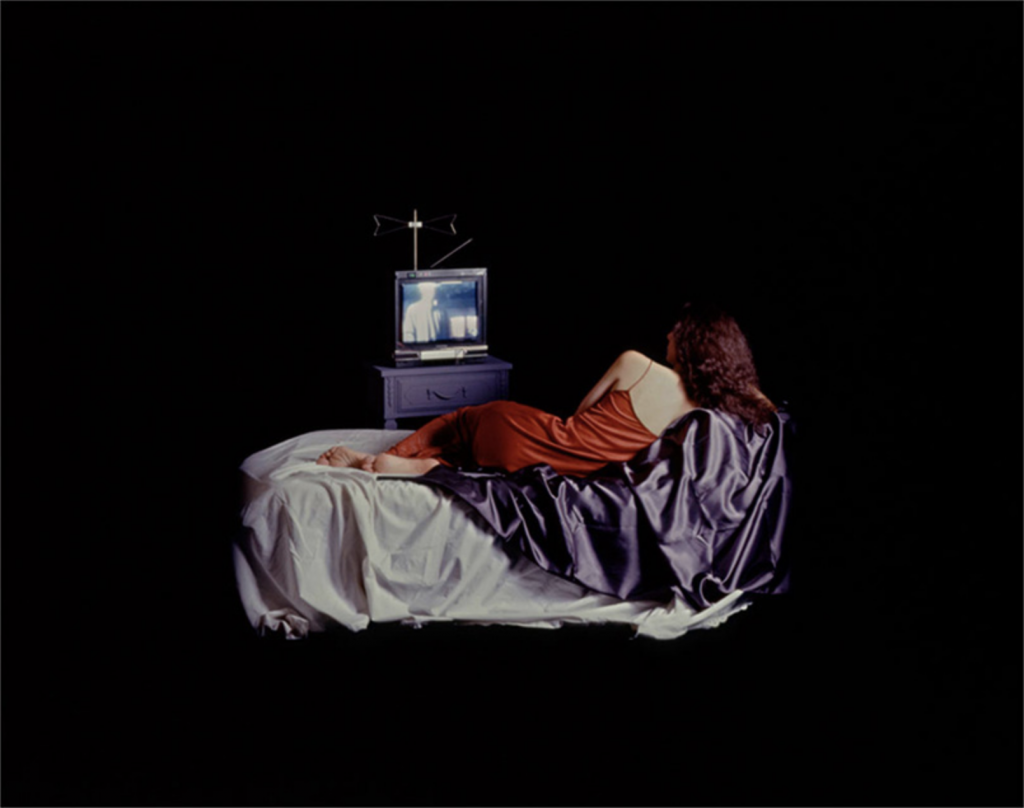