Edited and packaged by Sarah Jurgielewicz

Fern T. Apfel specializes in text-based illustration. Does she create art for children’s storybooks or for newspapers? It actually doesn’t involve either. Throughout her work, Apfel cuts out sentences and words from old books, diaries, and letters. She then cleverly crafts them into poems and stories. Sometimes, she includes a painted illustration within the piece that pairs with her story. On her website, Apfel features her project,  “DEAR NOBODY”, where she replicates old stamps and handwritten words solely with paint. Apfel’s art is incredibly realistic and her style continuously takes on new forms.

Apfel earned her Bachelor of Science in art education from SUNY New Paltz and then continued her education at the Art Students League of New York. Apfel is a passionate artist with a dynamic personality and engaging to speak to. She is represented by the Concepto Gallery in Hudson, New York. Her work was featured in “The Golden Age of New Paltz”, an exhibit showcasing artwork from alumni and former professors of the school.

Do you remember the moment when you realized that you wanted to be an artist?

I don’t think there ever was a moment. It was just something I always just did when I had time as a child. Sometimes I just think you are that. It was always kind of a part of me.

Did you ever have a mentor or favorite artist?

At New Paltz, I studied with Manny Bromburg and he had a pretty big impact on me. So, along the way you pick up new artists. But, some you leave behind. Then you kind of look forward and pick up others. And that’s the thing. You see different things and different artists along the way. At the Art Students League, I was influenced by a teacher, Jeff Kinderson. I studied with a famous anatomy teacher, Robert Beverly Hale, and an American author, Joseph Hurst. So everyone kind of does their thing.

Your art style is so unique; it has so many dimensions and incredible detail. There’s one piece in particular called “Division” that really sticks out. What draws you to the material that you use for your art?

My art has gone through many, many different stages. I think that I’m just drawn to things that feel intimate. All that stuff in the piece “Division” is done by collaging. But now, instead of making a collage with text, I’m actually writing it with pen and acrylic paint. So it’s a very gradual process of movement—for me, anyway. It’s not that way for all artists, everyone’s a little different. But for me, one thing leads to another. It’s all really about what speaks to me.

Is there a tool in your studio that is absolutely essential to your work?

Well, when I was doing all that collage work, a razor blade. I go through thousands of razor blades. So that I couldn’t do without that. Now, I use a lot of drafting tape, and this Japanese tape called washi tape that I just ordered. So those are really important to me now.

Is there a piece of work that you’re most proud of?

Well, you know, your heart is always the most in your newest work. So I just finished these two really large pieces. They’re quite large for me and my space. So, all together they’re 36 inches by 48 inches which is pretty big, but they’re two different panels. I feel really good about them. But other pieces, like “Division”—I really like that piece. There are others like it. But those simple breakthrough pieces like that, you have a special place in your heart for them, you know?  And sometimes you’ll have a special place for a piece that no one likes. You know, it’s of the time, or maybe there was something about it when you were working, or there was something going on, or maybe you were able to just capture what you wanted and it’s definitely happened. For every good piece I do, I do a lot of bad pieces.

Theodora Pappas: A Graduate of The Golden Age of New Paltz

Thu Dec 6 , 2018
Written by Jared Van Houten Edited and Packaged by Tom McCarthy Students in Professor Lindsay Lennon’s Feature Writing class were assigned interviews with SUNY New Paltz alumni who were featured in Wired Gallery’s “Golden Age of New Paltz” exhibition. This is what they found: Theodora Pappas walked into the Atrium […] 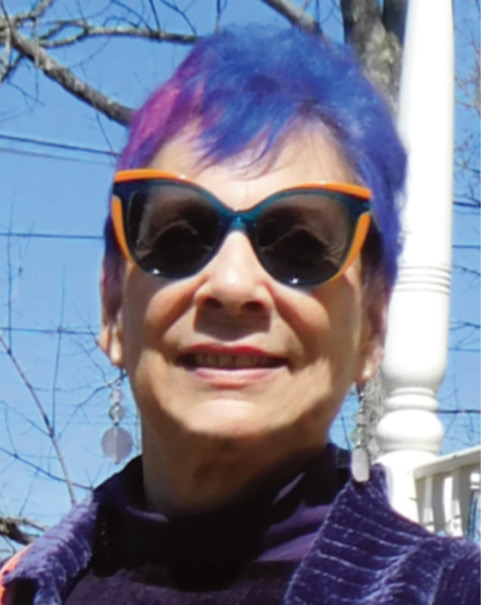