Ed Samuels has seen it all. Growing up in the Bronx during the 1940s, Samuels was influenced by his artistic family who inspired him pursue a career in the arts. His creative journey started as a boy. He later enrolled at SUNY New Paltz and continued on at the School of the Museum of Fine Arts in Boston. Then his career took off in New York City. In 1982, he got in his 1964 Mustang convertible and traveled to Santa Fe, where he currently resides and continues to do what makes him happy.

As a boy growing up interested in art, what did you find to be worthy of painting, drawing or sculpting?

As a child, I remember picking up a piece of plaster and drawing on the sidewalk in the Bronx. That was my first memory of making an image. I was always encouraged by my aunts and uncles who were art students themselves. In school, I haunted the art room and even had private art lessons. Harpi Rosi was my instructor, a Hungarian artist who had me do designs for his work. My first commission was a drawing of Marilyn Monroe for a neighbor when I was 10. In high school, I learned everything my art teacher could teach me. 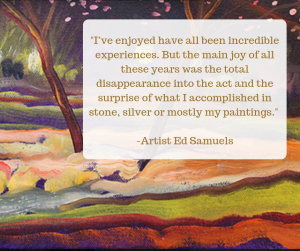 Why did you decide to attend SUNY New Paltz and how do you think that influenced your art passions?

When the war broke out I wanted to sign up as a Navy fighter pilot, but my mother wouldn’t sign the paper unless I took the last of the SAT tests. If I got a scholarship I would enroll in college. If not, I’d enlist in the Navy. I got scholarships to all three schools I applied to. I chose New Paltz because it was closest and I was only 17 so I could hitchhike back and forth. I was in my glory when I first landed there- enthralled with each new concept and material. The arts almost blinded me with excitement.

Being that you were immersed in the culture of the ’60s and ’70s growing up, did the music have any influence on your work?

I hung out with so many different artists during my period I can hardly remember. The 1960s and 1970s were a fucking pot of creation for new art formats. I was best friends with musicians, like Adrian Guillery, so I got to meet and hang out with Frank Zappa, who was a real gentleman. I knew other musicians like Lightnin’ Hopkins. There were artists everywhere during the time.

What was it like working with noted New York City art dealer and collector Allan Stone?

There was a mad man that was a student with me at New Paltz, Danny Basen, who haunted Manhattan for shows. He showed Allan some of my work, and Allan reached out to me asking me to bring some work to the gallery. Soon after bringing it in, I got a call from him asking if I could get a show ready in two weeks. A dozen large charcoal drawings were framed and delivered, along with some jewelry and ceramics. He bought the show and threw in a New Yorker wagon so I would have dependable vehicle. Allan Stone was giant in the art world. He was a great man, always trying to help artists in so many ways. I wish I treated him better, but when I was young I didn’t know any better. I was too caught up thinking I was the best.

How did your art technique and style change upon moving from New York City to Santa Fe?

Moving here to New Mexico was not too different from where I grew up in the Bronx. There were cliffs everywhere and wild areas for miles. The cliffs often reminded me of New York before reinforced concrete changed the face of the Bronx forever. This was a time before highways were built on the vast miles of beaches along the Hudson River, where I wandered as a child.

Considering your love for nature art, do you plan on ever returning to the New Paltz area to make new works?

I have returned to New Paltz, and intend to do so many more times in the future. Recently, I painted the Black Mountain area, just near Newburgh. Life is so full of beauty. If I lived to be 100, I still will have just scratched the surface of the possibilities of self-expression.

Throughout the years, what has been your most rewarding experience in the world of art?

I doubt there’s one aspect of my life in art that stands out more than others. Making my family proud with my success, teaching at NYU and the many successes I’ve enjoyed have all been incredible experiences. But the main joy of all these years was the total disappearance into the act and the surprise of what I accomplished in stone, silver or mostly my paintings. That was the best of it all from the time as a child to the mature, successful artist I have been blessed to be.

Fri Dec 7 , 2018
Written by Clare O’Brien Edited and packaged by Brandi Sutfin Students in Professor Lindsay Lennon’s feature writing class were assigned interviews with New Paltz artists who were featured in Wired Gallery’s “Golden Age of New Paltz” exhibition. Here is what they found: Shelley Davis is a woman of many art […] 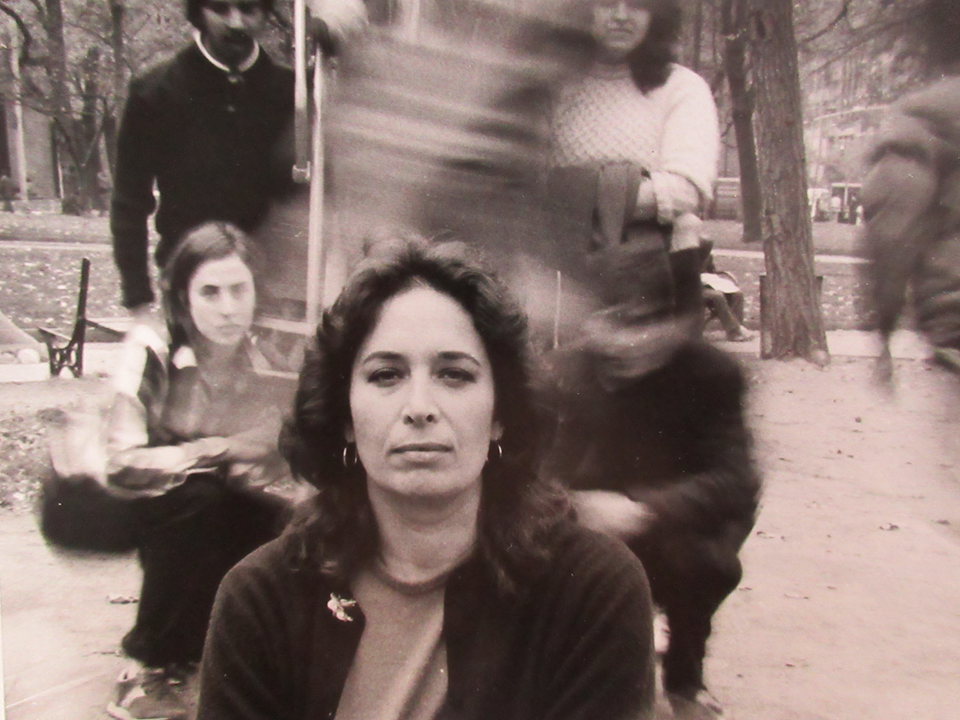