Edited and packaged by Brandi Sutfin

Students in Professor Lindsay Lennon’s feature writing class were assigned interviews with New Paltz artists who were featured in Wired Gallery’s “Golden Age of New Paltz” exhibition. Here is what they found:

Shelley Davis is a woman of many art forms, including a style she created herself as a graduate student. Her groundbreaking “photo fusion” art has travelled the globe, featured in galleries across Europe and at the prestigious Pratt Institute of Art in Brooklyn, New York. After a career teaching at New York University, the Hudson Valley local has earned a spot in the Saugerties Art Tour as a featured artist. The event features innovative projects that blend several elements of art, including photography, painting, and sculpture. “The Golden Age of New Paltz” is another step for Davis, who looks forward to the next chapter of her career.

Q: How do you define “photo fusion”?

A: I actually created the term during graduate school when I was earning my Master of Fine Arts degree. I always thought of it as “not exactly the fine art to show in galleries.” It came about when I had a professor who was very conservative, but they gave me the green light to do what I wanted in the dark room. I would spend all day and night in the darkroom doing experimental artwork. I would paint on photos and create collages. I remember I was inspired by jazz fusion. I was also inspired by a friend of mine who was creating sculptures with photos on the clay. “Photo fusion” was really born from all of that. I was the first to do that, so since then you’ve seen it stolen. It gained a lot of notoriety in England and Europe through different curated shows. 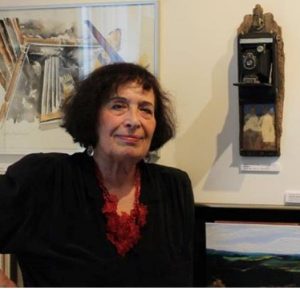 Q: Did you start in painting or photography first?

I was a painter first. I took all of the painting and drawing classes during my undergraduate years in college. When I took photography, though, I completely fell in love with it. Everything just exploded for me during my photography classes. You just know when something hits you. The whole point of art school is to find out what speaks to you.

Q: What brought you to New Paltz?

A: This is very funny. I had actually gone to school for a little while at a college out west. When I got there, I spent money like crazy, and the school turned out to be too expensive. My parents also thought I was “too wild,” so they wanted to send me to a teacher’s college to whip me into shape. SUNY New Paltz was close to home, too. However, it all backfired on my parents because New Paltz was all hippie artists and townies. It was all of them and all of us. My parents wanted me to settle down and chill out, but that was not the case.

Q: Had you always planned on being a teacher?

Q: What was the art scene like in New York City when you taught at NYU?

A: I wasn’t in the art scene much during my teaching in the city, but nowadays you can be part of any art scene with connections on Facebook. I left the art world for 20 years to work on creating a design company, and when I came back, everything, and everyone, was on social media. All of the cliques and art crowds that existed before, like the feminist groups, the Andy Warhol groups, the Tribeca gallery groups, those all came together on Facebook for us to keep in touch and see each other’s stuff. Even if we may never see each other in person! (Laughs)

Q: How did you decide which pieces to include on your website?

I was actually just going to change them! I choose pieces that are very strong, both visually and emotionally, and artwork I feel passionate about. Some of them have won awards, but usually I like to choose artwork that’s timely and feels appropriate to what’s going on in the world.

Q: What advice would you give your younger self about your career?

A: Wow. That’s a deep question. I would probably have told myself to put some money away as a safety net. I wish I had planned on being an older person and not having to worry about money at this age. I should have been financially smarter at a younger age. It’s the opposite advice of “taking one day at a time.” No! I should have planned ahead. Some people put their lives on hold for getting married and having kids. I decided to live a very interesting and experimental life for my art and be free.

Sun Dec 9 , 2018
Written by Matt Manza Edited and packaged by The Little Rebellion Students in Professor Lindsay Lennon’s Feature Writing class were assigned to interview SUNY New Paltz alumni who were featured in Wired Gallery’s “Golden Age of New Paltz” exhibition. Here’s what they found: Larry Audette, not only an artist but […] 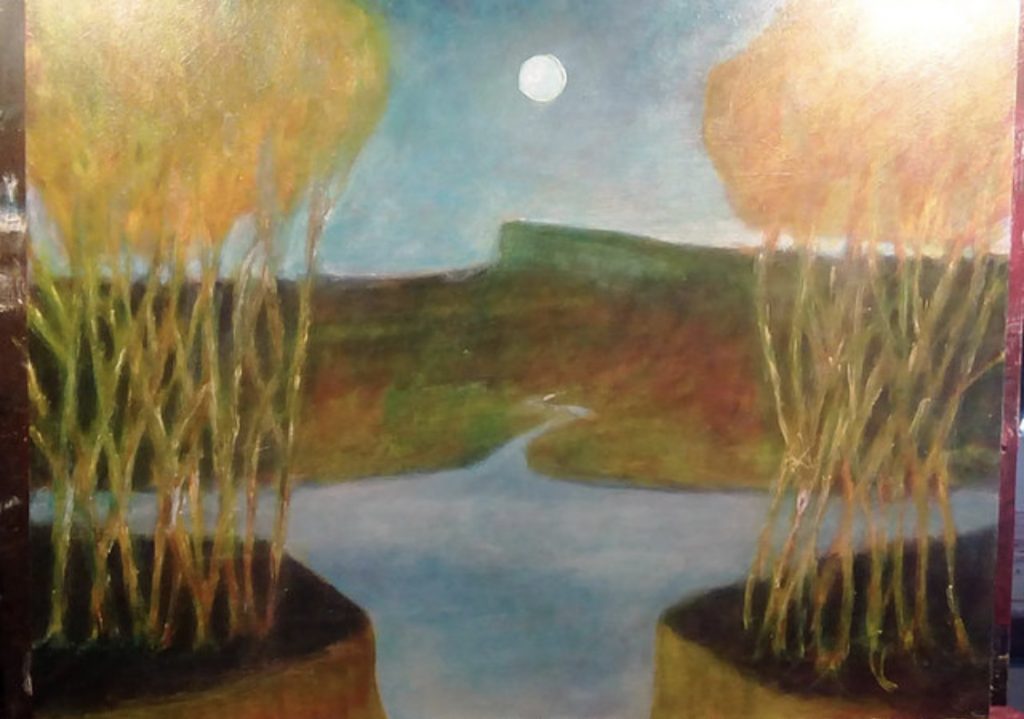