COVID-19 has wrecked our world like we’ve never seen before. Businesses were forced to shut down, streets remained quiet for months and homes turned into offices. The movie industry was especially hit by the pandemic. The shutdown of movie theaters all across the world stopped films from being screened live. Safety concerns over the global pandemic called for production sets to be dormant for months.

One shining light that glowed bright during the pandemic was the opportunity for streaming services to flourish. Platforms like Netflix, Hulu and Amazon Prime had major success before the global pandemic but are continuing to take off.

Some film companies released their movies on streaming services instead of in theaters due to worldwide theater closures. Now, many film companies must decide between releasing movies online rather than in theaters. That decision, though, can come with some risk of endangering people’s lives by spreading COVID-19.

The movie theater industry has taken a huge blow during the past eight months. With theaters shutting down, companies all across the world have lost record amounts of money. Cineworld is the second largest cinema business in the world and owns Regal Cinema, which lost $1.6 billion over the first six months of 2020. That is a 67% loss in revenue over that timespan. Along with that, they also closed down many of its theaters in October across the United States, the United Kingdom and Israel.

In a statement, Cineworld said,

“Without these new releases, Cineworld cannot provide customers in the U.S. and the UK… with the breadth of strong commercial films necessary for them to consider coming back to theaters.”

“I mean so many of these communities, it’s been devastating for a lot of them across the country and a number of our art houses have closed permanently,” Meira Blaustein, co-founder of the Woodstock Film Festival, said.

With the pause and closures of so many theaters across the world, films were left without a stage to perform on. Releases of anticipatory films were pushed off, some even a year after their initial release. Marvel’s “Black Widow” was scheduled to be released in theaters on May 1, 2020. The release date was pushed back a full year to May 2021. The movie already completed its filming in 2019 however Marvel felt it was best to hold off on the release until theaters were back to normal.

Other movies however chose a different route and went down the road of streaming services. These platforms have been seeing humongous success even prior to the pandemic. Platforms like Netflix, Hulu and Amazon Prime thrived on the increasing popularity of binge watching during the pandemic. Just last year, Netflix racked in an annual revenue of $20.1 billion.

When the pandemic hit, there was a light in the darkness for these film companies to release their movies to the public on streaming services.

Case in point, Disney’s “Mulan” was released on Disney Plus on November 2 with a fee. Disney Plus was unveiled in November 2019 and is a streaming service that allows fans of its classics to relive them all in one place. The platform though had never really tried out a premium fee for a movie until the “Mulan” release. The film was set to be released at $29.99 on Disney Plus and available for free on the platform roughly one month later. This strategy was described as a one off by Disney CEO Bob Chapek but it was also an opportunity to learn something.

“Rather than simply rolling (the movie) into a free offering, we thought we can test anything when you have your own platform,” Chapek said. “We’re trying to establish a new premiere access window to capture that investment we got [in the film]. We’ll have a chance to learn from this.”

Since its release in early November, some have been skeptical of the success of the film but Disney is encouraged from what it has seen so far.

some film companies who had never had experience in the straight-to-home streaming might struggle at first. On the flipside, those who had been streaming their films online were ahead of the curve Magnolia Pictures is a perfect example of that as they were already releasing their films theatrically and on video on demand before the pandemic.

Eammon Bates, the head of Magnolia Pictures, was very confident that his company was well positioned to thrive. His biggest initiative at first was shifting the films that were going to be released in theaters to video on demand platforms. Bates is proud of the success his company has had during the pandemic and is aware of the advantages he has.

“We’ve done remarkably well during the pandemic. Our profits are up from last year and it’s mostly due to a much bigger captive audience that has no choice but to purchase new movies at home. There’s also reduced costs in marketing because there are less opportunities to spend on marketing and no costs of physically putting films in theaters,” said Bates.

Not all streaming services were successful. Especially for platforms not named Netflix and Hulu, nothing is guaranteed. One company, Quibi, was launched in April after much buildup and an investment of just under $2 billion. Six months later, the company announced they were shutting down after disappointing numbers and reviews.

In a statement, company founder Jeffrey Katenzburg said in a statement, “Quibi is not succeeding. Likely for one of two reasons: because the idea itself wasn’t strong enough to justify a standalone streaming service or because of our timing. Unfortunately, we will never know but we suspect it’s been a combination of the two.”

The possibility of streaming numbers declining in the aftermath of the pandemic is a clear possibility. Movie theaters aren’t going anywhere and there is an urgency from the public to see them make a full blown return.

To read more about the COVID-ERA, check out similar articles below:

Erica Ruggiero writes about the impact that COVID-19 has had on internships and the people involved.

Anne-Marie Durkin sheds light on how it felt to be a graduating college senior in the midst of a global pandemic.

Emma Cariello explores the niche appeal the A24 film studio brings to young moviegoers and what makes their works so iconic.

Mon Dec 7 , 2020
Republished with permission from The Legislative Gazette. Two days before Thanksgiving, State University of New York Chancellor Jim Malatras announced that SUNY campuses have finished mandatory testing of students on campus with 152,788 tests conducted with a positivity rate of 0.63 percent between November 9 and November 23. SUNY Upstate […] 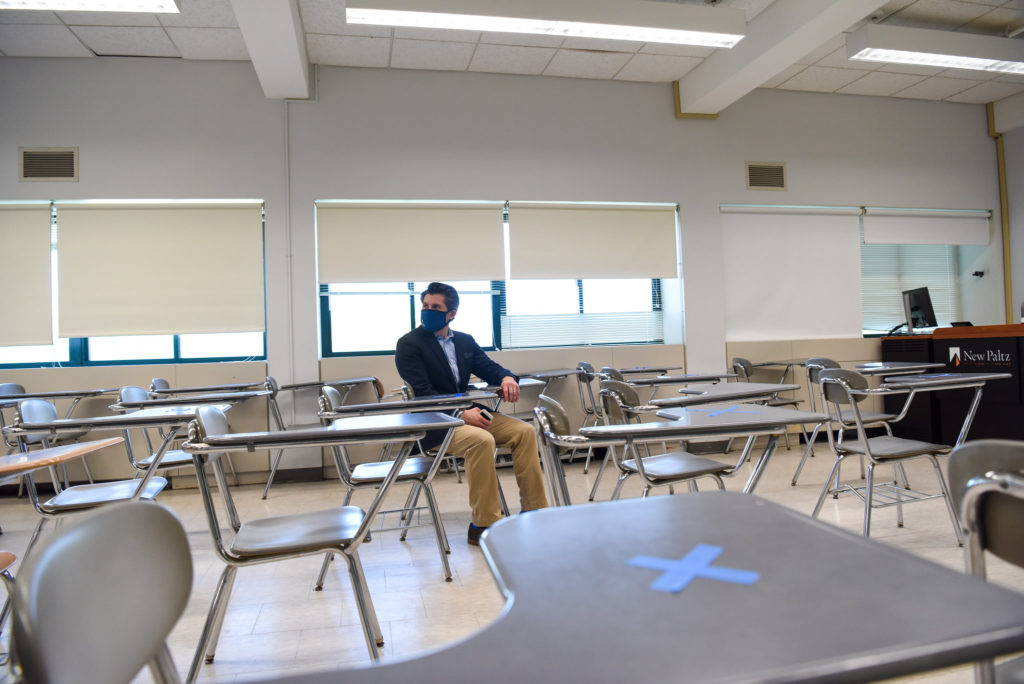