Architectural designer Jerry Vis from New Jersey is a prominent figure in “The Golden Age of New Paltz.” He spends half the year in the Hudson Valley and ​half the year in Monhegan Island, Maine. Vis graduated from New Paltz with a bachelor’s degree in education, then Rutgers University with a Master of Fine Arts. He had a very successful career in the New York City art scene upon receiving his master’s degree. Vis owns a house in Rosendale that was featured in Chronogram magazine for the elegance he and his family put into the home. Vis resides with his wife, Betty Lou, and their three children. He also owns a small family business called Cottage Industries, located in Ulster County, which consists of “construction and design consultation, architectural planning/designs, ground-up constructions with a keen attention to finish detailing, and green building techniques.”

​What do you love about art?

My relationship with art is not a love affair. It is more like a continuation of the kind of curiosity a toddler has about the world around them. That curiosity is not about love but understanding the larger world beyond the confines of my body and mind.

What inspired your work?

My inspiration initially came from learning from others, from my innate curiosity, and a certain natural ability. As I’ve grown older and discovered what my questions about life are,  [inspiration] has become the actual process—the creative process itself that motivates me. The art objects created are more like footnotes to the search, not the end goal.

Why architecture and sculpture?

Simply because I had a natural ability to visualize three-dimensional forms. The architecture, because it gave me an enjoyable way to make a living. Sculpture, because it is an end in itself—it is its own reason for existence.

How do you start a project?

One of the most difficult problems when you are young is finding the motivation for starting whatever. I, too, had that problem. But the lure of the unknown and the reward, at first very small, of mastering something overtakes you. You just need to keep at it. I had to learn to give up short-term diversions for long-term meaning. Now, I no longer have a problem with motivation. Even if I wake up feeling indifferent to the day I know that, even on the worst days, the act of creating will take me over and before I know it, I’m on my way to a much better day.

Do you currently take art classes?

I no longer take art classes. I have, off and on, taught them. I went to Parson’s School of Design in the early ’60s, then New Paltz to get a degree for teaching. Then I went to Rutgers University in the early ’70s for a Master’s degree.

Do you have any other interests?

Yes. Fiction and non-fiction writing. At this point I would say that half of my creative effort and time is spent writing. I like to cook, hike in the woods, and read and/or watch British mysteries on TV.

What do you do currently?

I will be 80 years old next February. And I am fortunate that I can still do everything I have ever done in life, just a little bit slower. The fringe benefit of aging in this culture is you become invisible, which in my case allows me the ability to observe the ludicrous and meaningful behavior of people for my writing.

What does art mean to you? 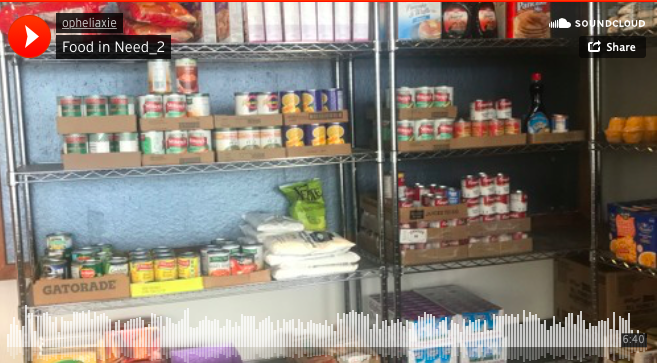