Edited and packaged by Toria Barnhart

Jon Ellis Stevens reflects on the radical times of the ’60s and how that influenced his work as a photographer.

Jon Ellis Stevens is a national and international photographer who was born on the longest night of the year in Syracuse, New York. Over the years, he has made a prestigious career for himself. The SUNY New Paltz alumnus took his passion for the arts to an extraordinary level, beyond the fine arts program of the college. His work has been praised and featured in exuberant exhibitions such as the International Museum of Film and Photography exhibition, Vision and Expression, at the George Eastman House in upstate New York. In 1973, Stevens received the honor of having his print “Island” published in the Collier’s Encyclopedia Yearbook. The photograph is under the section entitled: The New Photography which encased photographic art from 10 artists which the editors defined as “the best of the time.”

When was your first experience with photography and what was it like?

My Dad loaned me his Kodak Brownie camera when I was 13 years old. It came with a flash unit that used Sylvania Blue Dots for sure shots. Individual flash bulbs are really antique now. I photographed sports contests for the coaches at my school and they hung my photos in their offices with pride. Some local newspapers used to publish them, too. After graduating from community college, I worked as a commercial photographer for a studio in Syracuse. I was shooting things that really abhorred me: newspaper photos of the visiting governor, the president and garden club parties. After that gig, I became a student at New Paltz in the art education department.

Why did you choose to go to New Paltz?

It was close to New York City, one of the major art scenes in the world. I was accepted to a bunch of colleges but I’m very pleased that I chose New Paltz. At New Paltz, I always loved the arts, but I thought photography was taking a back seat to the arts of drawing, painting, sculpture, printmaking and others. I thought photography could do more than just record or document events and I set out to prove that, even while taking photography class at New Paltz. I took it much further than that after graduation.

You don’t have to be a big name college graduate to be successful in your chosen field or make a good difference in this world, —Jon Ellis Stevens.

The 1960s in New Paltz were some wild times! In 1964, the college hired many new art professors that were graduates of Yale and other fine educational institutions. They inspired the imaginations of all of their caring art students. Many of the professors I knew personally. They fired up my creative instincts big time. It was also the beginning of some radical pot smoking and Tim Leary’s LSD trips. He lived only a few miles away. I think that experience grew even more after I graduated and left the area.

Did the current events of the time influence your style as an artist?

The print, “American flag reflection” was a rebellious print of an old friend who is dead now. My roommate Bill and I and many others in our art classes were protesting very much against the Vietnam War and that print seriously stated that rebellion. The other chosen print, “The Flying Minstrel,” was also selected by New York City photography editor David Vestal for the 1970 national and international issue of Photography Annual. The print, cut out of the magazine by numerous students, hung on many college dormitory walls the following year. That print was photographed along the Wallkill River.

After exhibiting nationally and internationally, what does a local show like the Golden Age of New Paltz mean to an artist like you?

I enjoyed the local show very much because I was able to be exhibited with some old classmates and that was an honor. That only happened when we were in college together. I submitted a number of possible photographic exhibition pieces and Jack Murphy, the curator, selected the pieces. I think one of the points I’m trying to make with my art is that it doesn’t matter what school or college you attend to become successful at your art, your work and your life. You work your mind off loving your work. You don’t have to be a big name college graduate to be successful in your chosen field or make a good difference in this world.

Interested in learning more about the Vietnam War and activism? Check out the video below:

Read more about the “Golden Age of New Paltz” here:

The Impact of Jazz: Painter Robert Crimi and How Music Shaped His Art

Wed Dec 5 , 2018
Written by Matthew Ellis Edited and packaged by Bridget McGuigan Students in Professor Lindsay Lennon’s Feature Writing class were assigned interviews with New Paltz artists who were featured in Wired Gallery’s “Golden Age of New Paltz” exhibition. Here’s what they found: Robert Crimi sits down to talk about his love […] 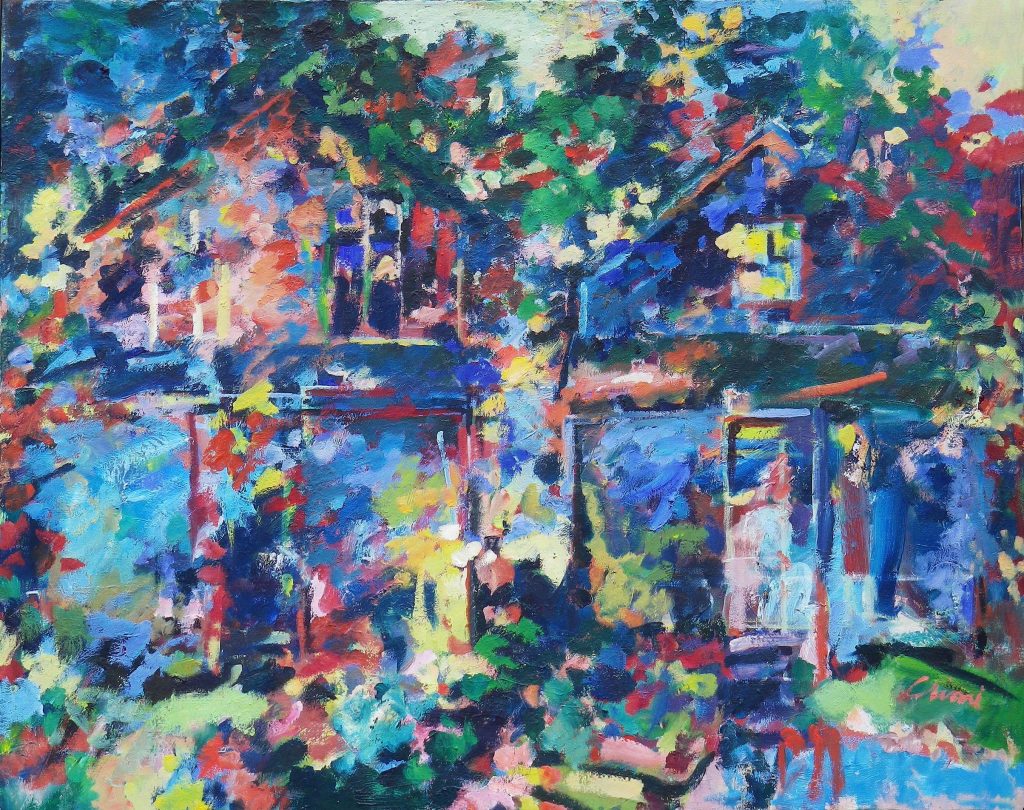