Becoming an amazing radio host on SUNY New Paltz’s station doesn’t have to be scary — it’s actually achievable by following a couple of simple steps.

One of the most beautiful things about SUNY New Paltz is that there is a club tailored to fit every personality that wanders through its quirky campus. If you’re a music connoisseur who is constantly badgering your friends with song recommendations, you may find yourself gravitating towards having a show on WFNP, the school’s student-run radio station, like me! My show, “The Alliway,” aires every Thursday from 10 p.m. to midnight.

Student radio has always had an infinitely cool reputation — think Disney’s “Radio Rebel” and the ‘80s gem “Pump up the Volume — and has been responsible for kickstarting the careers of ‘90s indie artists such as R.E.M., the Pixies and Nirvana. It is a beneficial tool for broadcasting student voices and getting all types of tunes on the airwaves, but it can also be rather intimidating.

You might be afraid of the radio station’s big board; all of the different buttons and their functions could make your head spin. There is also the public speaking aspect of it all — even though you can’t see your audience, there are people listening all around town. To top it off, all of the radio lingo, “drops” and “legal ID,” might seem like an alien language to you.

Luckily, WFNP has plenty of pointers to help new DJs make their shows the best they can be. After taking their lessons to heart, you’ll sound fresher than Z100’s Elvis Duran in no time.

Getting a Show Slot

The first step to starting a show on WFNP is as simple as sending an email — oh wait, that’s exactly what you have to do. Once you’ve reached out to the station’s programming team at wfnp.assistantprogramming@gmail.com, you will receive a study guide filled with basic station rules and trivia about college radio history — both WFNP-related and in general — which you will be tested on.

After setting up a test date and passing, you will pick a time to come into the station during a current DJ’s show and shadow them. The shadowing process lets you observe the equipment being used in real-time and helps you visualize the bare-bones structure of the hour slot you will have to occupy. Once you do this and decide on a show date, time and name, you are now ready to have your first show!

It might be scary to make the first step and reach out, but fourth-year student and longtime WFNP DJ Sarah Cunningham feels that fear should not stop the next generation of hosts.

“I was never scared about radio; I was actually excited,” she said. “I thought about joining college radio before freshman year even started since I had heard all of my dad’s stories about being a college DJ in the 80s.”

Cunningham’s show, “The Grapevine” — which is Wednesday nights from 10 p.m. to midnight — has been airing for three years on WFNP. She previously had a show called “Monday Motivation” during her first year at New Paltz.

Together, Sarah and I have been collaborating on playlists; once a semester we do a joint show during my slot. At first, it took us a while to get used to how running a radio program works, now, it’s like muscle memory to us. Try not to get discouraged or frustrated if it doesn’t click for you at first — you’ll get there.

Arriving in the Studio and Starting

The WFNP studio is tucked away in the leftmost corner of the Student Union Building’s fourth floor. Once you’ve located and entered the “fishbowl”, you can see the inside from the hallway through a big window, you will be greeted by a big silver technical board with flashing red and yellow buttons. Have no fear, you will only need to know how to use a couple of them.

The main priorities are your “aux,” “mic” and “MegaSeg” buttons. We’ll get into “MegaSeg” in the next section so put a pin in that. “Aux” connects your computer to the airwaves. Whatever you play on Spotify on your device will play on air when the button is on and your device is plugged in. Turn the “aux” button off and the “mic” button on after playing a few beginning songs, and make sure the volume is turned up on the slider. Now you can address your audience, state the name of your show and station and describe the songs you started off with.

It’s a good idea to come prepared with a short list of things you want to discuss on air — you don’t want a complete script to read word for word, but having a solid idea of what you want to talk about will help the ideas flow more naturally. Fun facts about the songs and artists you play, personal anecdotes about memories associated with the music or a humorous breakdown of your day are all things to talk about if you feel stuck or nervous.

Also, interacting with your audience through social media and asking them for their recommendations or feedback is a great way to make your show seem conversational. You can also get more music recommendations that way. Cunningham says that “new DJs should take the opportunity of playing music to explore new music.” By addressing and listening to audience feedback, you can accomplish this!

There are some things that are required of you by the Federal Communications Commission (FCC) to play during your hour slot, since WFNP is a licensed, official radio station. At the 20 and 50-minute-mark of every hour, you must play two Public Service Announcements (PSAs) that the station receives from the Ad Council.

To access these, you simply go onto the big monitor in front of the board and open the “megaseg” app — where the station digitally stores all of their pre-recorded audio clips. After selecting the “PSA” category, you choose the 2 PSAs that have been assigned to you in a Google Drive spreadsheet, also on the monitor, and drag them onto the queue. You must also do these with “Legal IDs.” Ever listen to a radio station at the top of the hour and hear an automated voice suavely say, “You’re listening to insert radio station call letters here, where we play the HOTTEST pop hits in the Hudson Valley?” Yep, those are legal IDs, and WFNP has a production manager that makes custom, New Paltz-related ones. Make sure to load those up and play one at the start and end of your show.

A good strategy to make sure things run smoothly throughout the set is to get it all done from the jump.

“My mindset when it comes to setting up is get it all out of the way first,” said Cunningham. “I set up all of the PSAs, drops and Legal IDs so I can enjoy having guests and listening to music during the show.”

It’s also nifty to play a “drop” every now and then between blocks of songs, which is a short 10-second clip that does the same thing as a legal ID — reminds the listeners who they’re listening to without you having to come in and say anything. There are a lot of fun ones, such as “Groovy Drop,” “Whisper Drop” and “Twin Peaks Drop,” so drag them in and experiment.

Making your show unique is an important part of being a DJ that people want to listen to. A good way to ensure that your show stays cool is advertising it by making flyers and posting them around campus and on social media. By experimenting with apps such as Canva, Picsart and Photoshop, making a colorful ad that clearly states your show name and time, and establishes a vibe that makes it stand out from other programs, people will see your ad and be enticed to listen.

Now that you know the basic ins-and-outs of the studio, all that’s left to figure out is what type of music to play on your show. To reach the end of an hour slot, you usually need around 15 songs on a playlist. WFNP DJs have all types of specialized genres and themes; you might have a certain vibe of music that you want to play every week or want to switch it up every set. The Grapevine’s sets are different and vibrant every week, just the way that Cunningham wants them to be.

“​​My playlists consist of music I’m listening to at the moment, or songs that I feel pair well together,” she said. “Although they’re different genres, I can’t explain why my brain puts certain songs together sometimes.”

You might also want to do a hybrid talk show, where you play songs and then do a debrief of each one in between. All of these options are welcomed here at WFNP, and you can be as creative as you want with your show — after all, it’s YOURS! Go crazy, and play whatever you feel — as long as it’s clean. Happy DJing!

Allison (Alli) Dempsey is a senior journalism student at SUNY New Paltz from Staten Island, NY. She has held the position of Arts & Entertainment Page Editor at The Oracle since the Fall of 2021. She is also the president of the New Paltz Music Collective club, a club that hold live shows on campus, and DJs for the school’s radio station, WFNP. She currently writes for her own music blog, Twilight Collective, and dreams of becoming a professional music journalist.

How to Become a Sports Agent: Five Tips to Get Into the Biz

Mon Nov 21 , 2022
Do you want to become a sports agent? If you do. read the stories of two people's paths to joining the business. 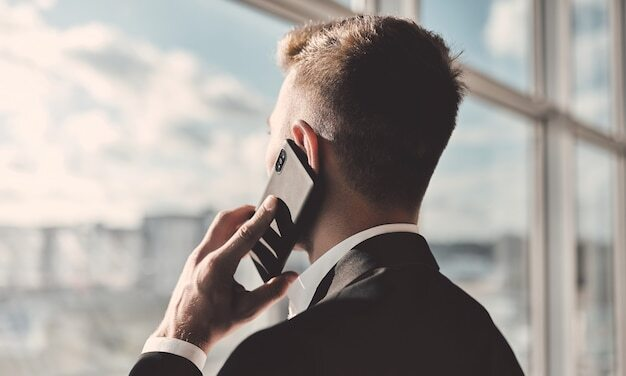