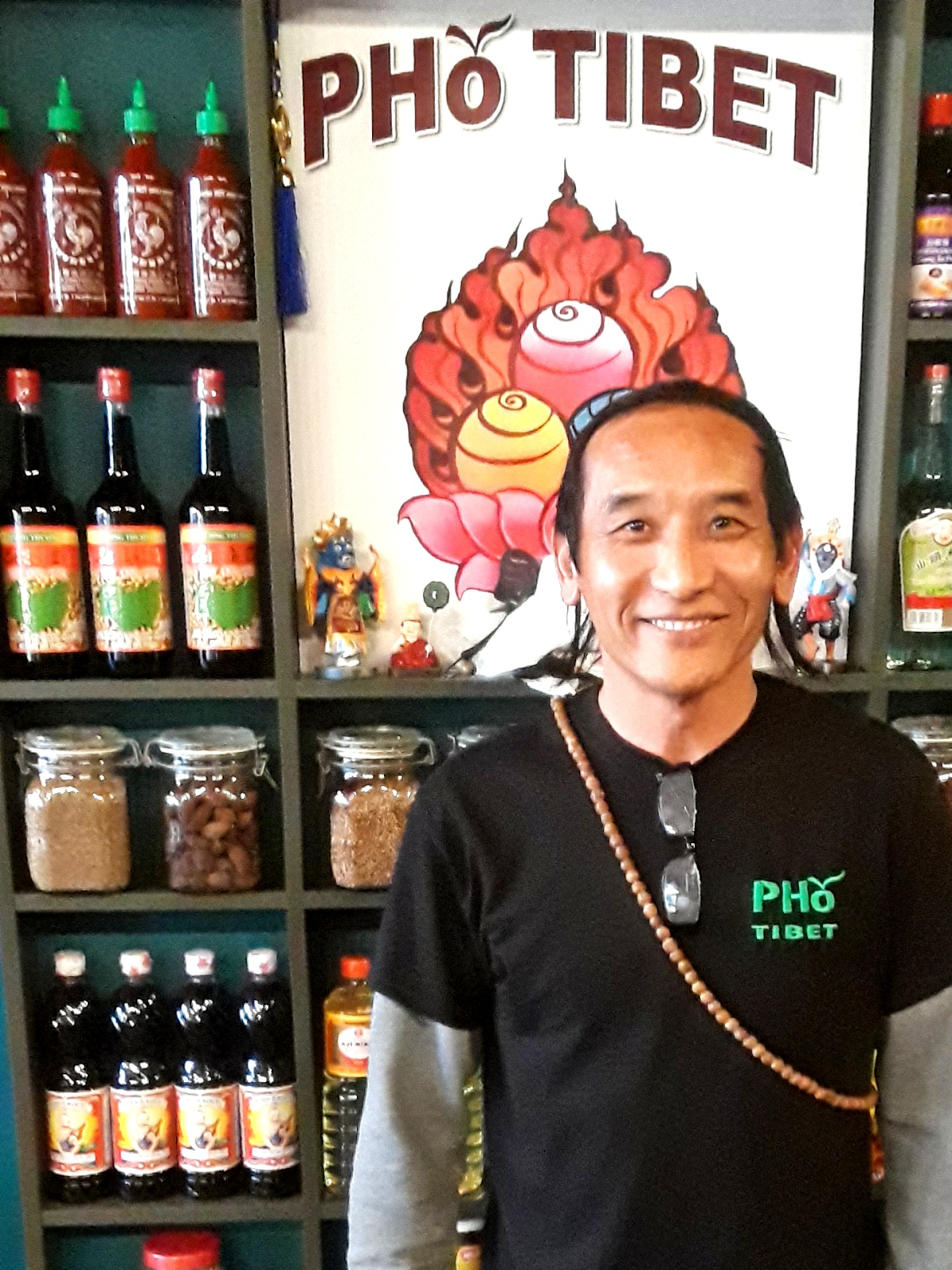 Friday, February 7 marked the opening of New Paltz’s second Vietnamese restaurant on Main Street: Pho Tibet. After months of renovating what was once CafAmelia, a cafe and small performance venue frequented by students, the restaurant is hoping to recoup some of their losses from unexpected delays.

Their namesake, pho (pronounced “phur”), is a Vietnamese soup made from beef or vegetable stock, with added noodles and thin slices of protein or tofu. Some of their other offerings are banh mi sandwiches, which feature a chosen protein and pickled vegetables on a mini baguette. And much like some other places in New Paltz, they have tacos, but they use a special type of shell that looks like a small, flat pancake rather than a tortilla.

The front door of Pho Tibet is enshrined with a wall of wood-frame windows, letting those just walking by witness the colorful and clean decorations within the dining room. Paintings populate the walls, smooth lines and and pops of color on canvas, providing an interesting contrast to some of the more traditional decoration pieces.

As you walk in, the smells of Vietnamese herbs and spices suffuse the interior and you can see a small sample of the ingredients they use displayed on a shelf near the kitchen’s entrance. From the double doors and window into the kitchen, aromatic scents of ginger, Thai basil and rich pork stock flood onto the floor in waves.

For anyone looking to grab a seat, the tables have clean, shining hardwood tops. Pho Tibet has also installed a bar to sit at for their more social patrons. Here you can find Tashi Tsakorbaro, who often can be seen dutifully polishing glasses during a moment of downtime.

Tsakorbaro has 21 years of experience in the food industry under his belt. After a few years of working in the kitchens, he found himself becoming the food and beverage manager of one of the golf clubs on Nantucket Island. He’s using that experience to help him in his manager position here at the restaurant.

“If you have good quality food and service, then people will want to go into your restaurant.”

Even though the restaurant is barely a month old, Tsakorbaro says they’ve received great feedback from patrons. He’s hoping that his customers’ good reviews will help advertise the business, but knows that word of mouth has got to go a long way.

The grand opening of Pho Tibet was actually scheduled to be in October, but as renovations in September saw delays, they had to push their opening date four months forward to February. With no control over how long it took to complete, there was a lot of missed revenue for the restaurant.

Since they don’t yet have a liquor license, a part of their strategy is to keep their prices low and their menu small. Their most expensive item, a roasted duck breast pho, is $15 dollars, and even that is a couple bucks up from the next most expensive meal. With the exception of one item each, most of their pho options are priced at $10.99, their banh mi sandwiches are $10 and their tacos are $8. They have a few different protein options too, such as pork, beef, chicken and spare ribs.

“We’re the newest place in New Paltz. That, and the location, give us the clout we need,” Tsakorbaro explains. “If people leave here and they like it, they’ll tell their friends and come back. If they don’t, then they won’t be back. We want to let them decide.”

Pho Tibet plans on expanding their menu in the future, though when that will be and what that menu will look like are still up in the air at the moment as they’re still trying to find their feet. For now, they’re content to make a name for themselves as the new kid on the block. As for Tsakorbaro, he’s keeping busy with day to day management of the restaurant.

Journalism is Only Dead if You Let it Go

Sun Mar 29 , 2020
As a journalism student, I’ve asked myself that dreaded, unfortunate question.  Is journalism dead?  By Nadine Cafaro  If you search “journalism” and “dying,” almost the entire first page fills up with news articles about the significance of the news and media. Publications like The New Yorker, The Washington Post and […] 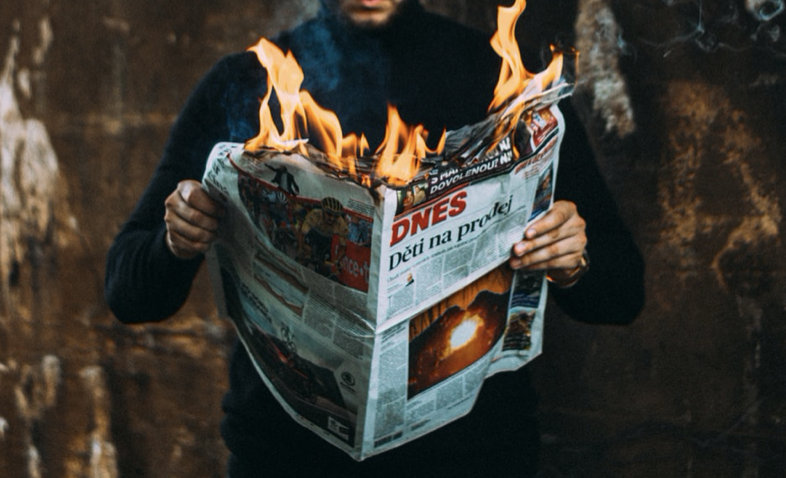