In recent years, Hollywood has been pouring money, time and resources into the Hudson Valley. The New York Times reported that in the late 2010s, Hollywood spent over $100 million toward building a large production studio at a former IBM complex in Ulster. And over the first three quarters of 2022, the Hudson Valley Film Commission tracked more than $60 million in direct local spending in the region.

That has led to a flurry of film activity in the region and opportunities for locals to get involved in the industry. In 2019, the hit HBO mini-series, “I Know This Much Is True,” starring Mark Ruffalo, was shot entirely in Poughkeepsie, Wappingers Falls and Kingston. Additionally, Apple TV+’s new hit series, “Severance,” was shot in both Kingston and Beacon and has been nominated for a total of 14 Emmy awards.

To find out how aspiring filmmakers can get their feet wet in this growing regional industry, I interviewed a handful of professional filmmakers in the Hudson Valley. These five essential steps were repeated in every interview:

Michael Tomaszewski is a Hudson Valley resident and associate producer and editor for NBC. Tomeschviski was once a SUNY student trying to save some money by staying in-state, just like you. He had no “inside connection” to the industry — just an old Canon camera his dad bought him before starting college and the drive to do anything and everything to make films.

“If you want to make it, then make it,” Tomaszewski said. “Make YouTube videos, podcasts, anything to use your skills. Even if you are not being paid for it. If your friend just wants to make a movie, make the movie.”

Tomaszewski believes that if you want to be one of the many names at the end of a movie, you can be. It is never too early to begin honing your craft and working on your skills.

Will Biavati, HBO location scout for notable series such as “Pretty Little Liars” and “I Know This Much Is True,” and Matthew “Hawke” Whitebay, HBO production assistant, both attended film school at Dutchess Community College.

When asked how he went from SUNY student to HBO, Biavati said, “It is a networking industry but the networking is not very hard.”

Biavati also advised students to begin their careers with higher education. Film school can provide you with knowledge, access and training. It can also introduce you to a whole peer network that can be vital in providing you opportunity to break into the industry.

While in college, Biavati was given the opportunity to intern for the Hudson Valley’s largest soundstage, UMBRA, in Newburgh. This opportunity only came to him because of the access afforded to him as a college student. Biavati worked hard and impressed the producers at the soundstage, and for him, the rest is history.

Hawke tapped into a peer network of young creators he met at film school to land a career in the industry of his dreams. “I met some people at college who found an internship with two local producers and we were hired onto a local production for a multi-episode series. They got me a job on that series and I’ve been working with them ever since.”

Professionals will tell you it’s not just about who you know, but how you meet them. Film school is a hotspot to connect with upcoming talent like yourself.

“You can’t get internships if you’re not in school,” Tomaszewski said.

Using his credentials as a student, Tomaszewski took full advantage of the access afforded to him and interned every semester. He gained experience at places like Saturday Night Live and Maury, a show run on the same network, NBC, that he still calls home.

Film school taught Tomaszewski many things, such as work ethic and how to network. But most importantly, it showed him how to open doors that were previously closed.

Step 3) Keep Your Head Down and Shut Up

This step might sound harsh because it is — but it’s true.

Trevor Caron works on the lighting and rigging team for large productions such as Epix’s “The Godfather Of Harlem.” He has been in the industry for 15 months and still has much to learn. Caron constantly reminds himself to keep quiet and soak in as much information as he possibly can.

There was one time where he said, “I just wasn’t thinking and opened my mouth to a guy who has been doing this for 45 years for telling me something I already knew. That was a big mistake.”

Caron cites this moment as painful, but an important one built upon the larger lesson of biting your tongue as a rookie on set.

The biggest advice Caron had for a newcomer was to understand the culture and respect seniority. You might have a great idea, but in a creative industry, there is often more than one way to approach a situation. Caron suggests it would be wise for any young professional to sit back, learn and grow a reputation. You want to be known as being helpful and easy to work with.

Getting your foot in the door is just the start. But once you have found your dream team, plan your next steps very carefully. In fact, always be sure to be mindful of what you say and how you say it because you are constantly auditioning for the next gig.

Jaf Farkas is a seasoned veteran of the industry, having worked for more than 10 years as a prop master and art director for productions of varying scale in the Hudson Valley.

Farkas said the industry can be hard to break into. “It’s not a secret that many filmmaking teams are made up of people that choose to work together time after time over many years because of the trust and understanding they have gained of one another through so many ‘trials by fire’ in the trenches.”

The dream team is much more than a fun catch phrase for Farkas — it’s everything. “Each new job is usually a mix of a few trusted colleagues (who often become close friends) and brand new people that can range from those recommended by those dream team members,” he said.

If you want to be on a dream team of your own someday, always keep in mind that this industry is heavily reliant on word of mouth. Every move you make counts towards your future.

Step 5) It’s Not All Red Carpets and Award Shows

Two common factors emerged throughout my interview process. First, you have to love what you do, like Hawke and Farkas. They are passionate about filmmaking and truly enjoy working in the Hudson Valley.

The other common thread: constant exhaustion.

“My goal in life is to be able to work and have time off in-between gigs because it’s a very, very difficult industry with lots of long hours and lots of recovery time in-between jobs if you want to stay sane,” Hawke said. “We are working at least 12 hours a day and the higher up you move, the less days you get off.”

According to Hawke, the hours and the stress have all been worth it. He said it’s a part of the job and he loves the job so that makes it all OK. Hawke spoke proudly of his work on an upcoming HBO production shot right here in the Hudson Valley and boasted of his contact with a very star-studded cast — keeping the personnel secretive.

To get started, one plan of action would be contacting a studio, researching upcoming productions and making yourself available. Try to walk on a set; productions always need more hands than they have at their disposal, there may be a spot open for you. Most filmworkers start out as production assistants, so just get your feet wet. The Hudson Valley film industry is only just getting established, and you have the unique opportunity to enter on the ground floor of a budding industry. 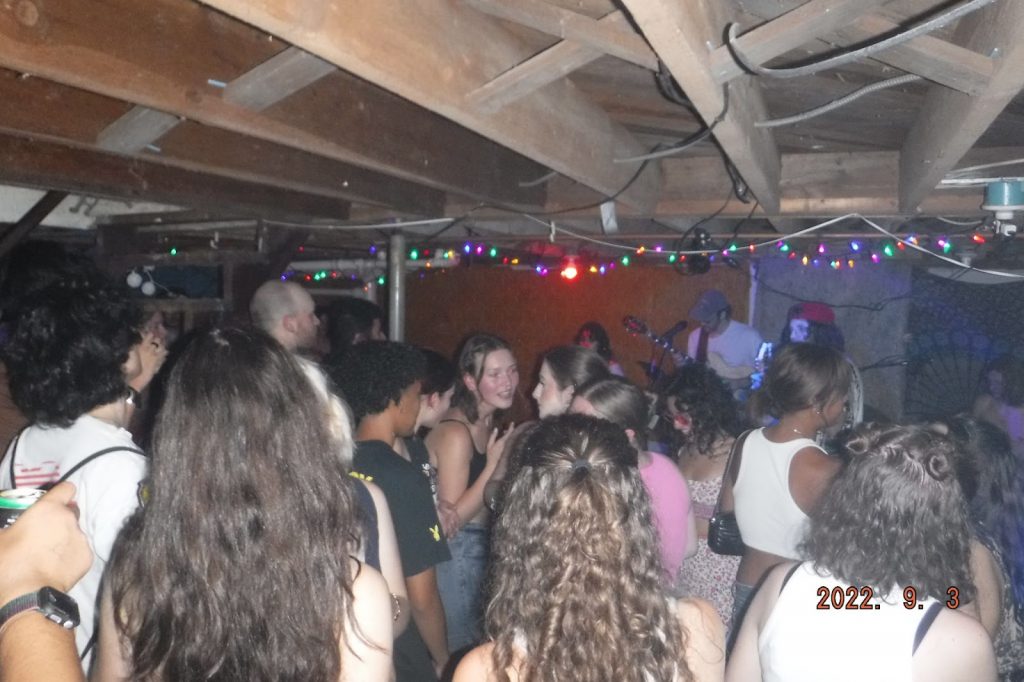