Roberto Cruz, 23, has worked at the Poughkeepsie Journal since December 2012 after completing an internship at the Legislative Gazette in Albany. He is a general assignment reporter. In the several months since graduating, Cruz has covered a recent hostage situation in Poughkeepsie and an enterprise story about the flu. Ideally he would like to work overseas as a war correspondent. Originally from Troy, N.Y., Cruz graduated from SUNY New Paltz with a degree in journalism in December 2012. While he did not plan on majoring in journalism, he developed an interest in production media and broadcasting in high school. He is considering attending graduate school for political science.

Find out what court cases Robert Gavin has covered at the Albany Times Union.

Phil Strum got started at the Oracle, see where he is now.

Fri Mar 15 , 2013
Rob Gavin, 41, from Staten Island, N.Y., has worked at the Albany Times Union since 2005. Gavin covers courts and legal affairs. He graduated from SUNY New Paltz in 1994, majoring in journalism. Gavin worked for the Staten Island Advance for eight years, and covered police for three years. At […] 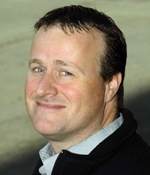