Rob Gavin, 41, from Staten Island, N.Y., has worked at the Albany Times Union since 2005. Gavin covers courts and legal affairs. He graduated from SUNY New Paltz in 1994, majoring in journalism. Gavin worked for the Staten Island Advance for eight years, and covered police for three years. At the Advance, Gavin reported on the ties between the Staten Island borough president’s office and alleged organized crime. Organized crime is Gavin’s favorite reporting subject. He also covered the mobster Peter Gotti’s case in 2004 and the trial of former senate majority leader Joe Bruno in 2009. In addition, Gavin has covered military cases in North Carolina and the federal courts in New York City. Gavin suggests patience in reporting and trusting in your own talent.

Find out how Roberto Cruz ended up at the Poughkeepsie Journal.

Mon Mar 18 , 2013
Sarah Bradshaw has been working at the Poughkeepsie Journal since 2003. She began as a business reporter, but received the title of investigative reporter last year. The Journal was the first job she took after graduating from SUNY New Paltz with a journalism degree.  The most important story that she has worked on was when […] 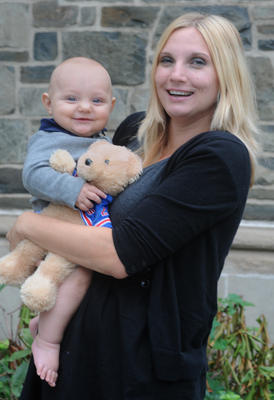