While we were all frustrated and freezing through the long and bitter cold winter, local apple farmers were dancing in their orchards.

Despite the shoveling, shivering, and slipping we all experienced in the copious amounts of snow that seemed to just never stop piling up this winter, the bone-chilling temperatures have been the perfect conditions for something we will love to sink our teeth into.

Stephen Anthony Hoying, a professor at the College of Agriculture and Life Sciences at Cornell University, assesses the fruit industry’s needs and devises research for the Hudson Valley. Hoying said apples are very winter hardy and can take temperatures well below zero because the trees go into a state of rest, during which they cannot grow regardless of the environmental conditions.

“The longer the winter, the better it is for the apple trees, because it keeps them in dormancy for a longer period of time,” Hoying said.

The exposure to colder temperatures for an extended period of time is better for the apples because it holds the trees in dormancy longer and gives them more time to prune, said Hoying. According to his research, warmer weather results in earlier blossoming and thus makes the apples prone to a greater risk of frost.

“If there are two weather events we fear more than anything else, it’s frost and hail,” said Tim Dressel, an apple farmer and owner of Dressel Farms in New Paltz, N.Y.

According to Dressel, frost is a threat when the trees and vines begin growing in the spring. During this time, there is a big risk of temperatures dropping below freezing overnight. The new buds of young apples are highly susceptible and any temperatures below 30 degrees can wipe out nearly all of the fruit in a very short amount of time, Dressel said.

“The spring of 2012 was a very early one, leaving us vulnerable to frost as early as March 20,” he said. “When we did get the inevitable frost, the temperature dropped to 27 degrees for over hours and killed 80 percent of our crop that night.”

Because of this, the nature of New Paltz’s frosty weather is a real threat every year. While farms use wind machines to combat this problem, farmers in the area are ultimately at the mercy of mother nature, Dressel said.

Creek Iversen, a 42-year-old farmer at Brooke Farm in New Paltz, N.Y., said the only downfall of the long and cold winter for the apples is the melting snow. According to Creek, the large volume of snow, followed by the warm spring leads to a lot of flooding in low areas and mud everywhere else.

“We are unable to drive tractors or other vehicles around the orchard right now without getting stuck or destroying the ground,” Iverson said. “This becomes a problem because all of the branches we cut off while pruning are sitting in the drive-rows.”

According to Hoying, although the cold temperatures of the winter are beneficial for the apples, fruits such as peaches and grapes, are much more susceptible to cold.

“We experienced temperatures of about 15 below zero this winter, and we expect this will have significant impact on grapes, especially, to the point we’ve written off any sort of crop this year and worry how many vines have been killed completely,” Dressel said.

Most grapes are extremely fragile when it comes to cold weather and usually don’t tolerate temperatures much below zero, Hoying said.

Thu Apr 17 , 2014
Perceptions of Drinking Water from The Little Rebellion on Vimeo. 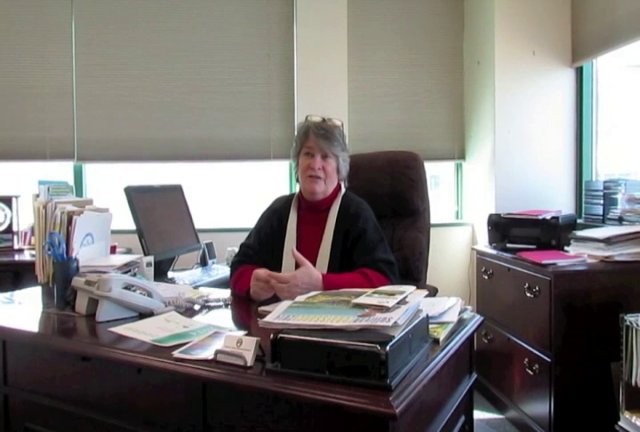