Each year during election season, lawns are decorated with cardboard slogans celebrating or vilifying various politicians. Some experts feel the slogans for the 2012 presidential campaigns lack political and emotional fervor and that lines between the candidates are too blurred.

Communications and Media Professor Patricia Sullivan said not only are the current candidates’ slogans ineffective, but she said she is unable to clearly distinguish separate identities of the candidates this year through their slogans or rhetoric.

“I don’t really see current campaign slogans,” she said. “Romney is undefined and Obama is a real contrast from 2008.”

Sullivan said the difference between the 2008 campaign and the present one is evident. The rhetoric is not as compelling as it was four years ago. Obama’s slogans were stimulating in 2008, she said, boasting values like change and hope and achieving the unthinkable.

Obama’s past phrases “Change we can believe in” and “Change we need” have changed to one word: “Forward.”

This is just not that forceful, according to Sullivan. Although Obama’s rhetoric four years ago was comparable to John F. Kennedy’s, Sullivan said that his recent speeches do not live up to those from his previous campaign.

Sullivan said the reason both candidates are not selling or identifying themselves from one another is because effective communication is lacking and the rhetoric is flat. She said there is a disconnection between the people and the candidates this election season.

Another reason could be the lack of enthusiasm for the 2012 campaign. She said that people expected Obama to live up to his promises in 2008, but given the economical circumstances, he couldn’t possibly do that.

“I think Obama’s done a lot, but has not been able to explain that,” Sullivan said.

President of Ad Essentials in New Paltz, Linda Engler, said she thinks the candidates are having difficulties coming up with successful slogans.

Engler said Obama is capitalizing on continuing what he started, hence his word “Forward,” and Romney, leading off of that by using a “backward” methodology, is centralizing around the theme of not giving Americans what they have had for the past four years, giving birth to one of his mottos, “We can’t afford another four years.”

“Obama is trying to play on things he thinks were positive, and Romney thinks that he has better economic ideas,” Engler said. “It’s one big game, politics.”

Tue Nov 6 , 2012
Gaining popularity at a rapid pace, yoga studios in New Paltz are doing more than just getting by, they are thriving. The many choices of yoga styles being offered–from steady-paced Vinyasa classes, to slower Restorative classes–helps explain why so many studios are sustained locally, sources said. “A good percentage of the population here are […] 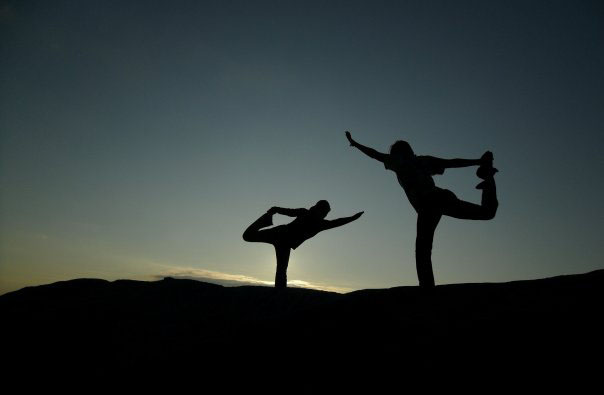