When he was a kid, his father told him stories about the Vikings from the Nordic countries. Today, Cooper Paulson will soon be graduating from SUNY New Paltz as a sculptor who relates to the Nordic warriors. “They were adventurers,” he says.

He hands over a piece of rope. It is about 10 inches long; white, gray and black, twisted with a knot at the end. With this rope, Cooper Paulson began his work in January of this year.

He took some newspaper, coiled it, made several strands, and then gathered them all to create one whole piece of rope. He was not sure what he was going to do with it. But he was on his way.

“Sometimes the work comes before the idea, and meaning comes later,” Paulson said.

Now his studio is filled with long pieces of newspaper-made rope, wound like hundreds of dark gray vipers at the back wall. While preparing for his upcoming exhibition for on his thesis Dec. 9 at SUNY New Paltz, Paulson has gained a greater understanding of his own artwork.

During the spring, he created several sculptures by combining the rope with heavy timbers from homes that had been torn down. The only problem was that people who saw his art did not understand where he was heading. He had to change the medium from large timbers to smaller and more contemporary two-by-fours.

After working on his final project for a couple of months, he is certain that the viewers will get the point.

“I’ve taken one two-by-four that is 8 feet long, and out of it I have made three two-by-fours that are 8 feet long,” Paulson said. “So I’ve stretched my material thin, which is pretty much what we are doing in our economic system in this country. I’m inflating its value.”

It is the “idea of taking and making something from nothing” that fascinates Paulson. Waste material like newspaper is converted into rope. Demolished houses turn into huge timbers. He started using an architectural language early on and he became familiar with craftsmanship. His grandfather was a bridge builder in the 1940s, and Paulson’s father used to be a sailor and a shipbuilder for 15 years in Europe. His father has a passion for the ocean, and when Paulson and his older brother were kids, their father told them stories about the Vikings from the Nordic countries.

“The Vikings faced adventure head on and never seemed to fear anything. They were very defiant, and I can relate to that I guess,” Paulson says.

When he turned 14, he and his big brother traveled with their father to Europe and backpacked across most of the Western countries for a month and a half. When they went to Denmark they visited the Viking Ship Museum in the city of Roskilde. Today, Cooper Paulson is not sure what inspires him the most, however, it seems the Nordic warriors made a big impression on him at an early age.

THE BIG TIMBERS from his last project have been placed in his studio with the rope wrapped around them. The project is still in progress. Paulson’s thesis will consist of three sculptures, and just one of them will be made of wood, representing the American housing crisis. The two other sculptures will form a comment about both the financial system and the governmental bureaucracy.

Paulson has always explored the world, doing “silly projects,” he said. Every summer, from the age of 10 until he was 20 years old, he and his brother helped their father by making a Native American museum at scout camp in the little village of Maryland, N.Y. It was about reconstructing archaeology, and their father, who today works as a history teacher, showed his sons how to live and survive in nature without modern technology.

To catch a fish without a fishing pole or to start a fire without matches.

“The most beneficial thing I learned in that period was seeing the potential that lies within nature and common everyday materials. When you’re a kid and your imagination is healthy, a stick on the ground can be a sword or a walking stick, a magical staff or a friend,” Paulson said. “It can be anything. As we grow up, we sort of lose connection with that.”

People of all ages stopped by the museum to look at what projects were underway. Paulson’s primary role was to tell stories and to take care of the plants. While his friends enjoyed their summer holiday somewhere else, he had kids assisting him weeding the garden, constructing a house or collecting food from plants growing out of the wilderness. He taught people about life. He learned about life.

AS A 12-YEAR-OLD, Paulson went on the first trip with his father and his brother. He was pulled out of school four weeks before it ended. They told their mother goodbye and spent one and a half months on a road trip in the US. After that, the three guys continued backpacking for a month in South America. Today, Paulson wonders if his artwork might be his own way of reliving his childhood.

“My brother, my father and I spent so much time traveling. Now we have grown up, and our lives are different,” Paulson said. “+Maybe my art is a way of expressing nostalgia. Where I can fall back to a language that reminds me of happier times.”

In a few months, Paulson will graduate, and again he might have to put on his backpack and travel. Getting work as an artist is difficult, so he has already applied for several jobs around the country. In fact, he is considering an opportunity for a residency in Finland. He knows the Vikings settled in what is now Finland, and from there they sailed around Europe, moving from place to place. He acknowledges that his view on the Vikings might be sort of romantic. Nevertheless, they were adventurers.

“They would go into a place and then do what they had to do, and then they got back to their ships and left,” Paulson said. “They traveled the way I would like to travel. Without fear of the unknown.”

Find out more about Paulson on http://www.saatchionline.com/profile/155108

Wed Nov 30 , 2011
What students do when they’re not studying, sleeping, eating, or Facebooking. Male Call Produced by Joann Syrek Male Call is the only all-male performing acapella group on the SUNY New Paltz campus. Male Call was established in fall 2009 by New Paltz Alumni Collin Vallée, and Craig Shay. Members have […] 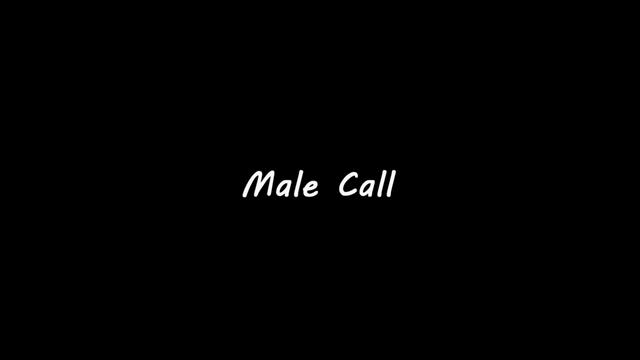