As I walked down the rickety basement stairs of the house, I could hear the screams of guitars, clashing of drums, and the Jim Morrison-esque vocal styles of Steve Milanesi, vocalist and guitarist of the local band, Meercat. Milanesi, a 20-year-old third-year student at SUNY New Paltz studying Digital Media Production, is by far one of the most talented musicians I’ve discovered in New Paltz. His untapped potential will shine outside of this small rural town one day.

Milanesi has had a love for music since his childhood, and he decided to dabble into learning music as his life progressed and eventually learned to play guitar. “It’s always been more of a personal experience, just learning how to play,” he stated. “Music has always been something that’s been part of my life.”

His love for music started when he was just a young boy growing up in Northport, Long Island. He joined his elementary school’s band and learned how to play a variety of instruments, including the trumpet, clarinet, and the saxophone.

“I’ve always been intrigued in making sound and music since I was a young boy,” he said.

He stayed in school bands for many years, joining his high school marching band. However, he decided to leave the marching band because he did not like the “establishment” element of it.

During high school, he discovered his love for playing in his own band. A former classmate/band member pushed Milanesi into joining a band and learning how to play bass, starting with the song “Black Magic Woman” by Santana. When playing at his high school’s talent show, his first performance, he felt a rush of excitement come over him as he got onto the stage. “I almost pissed my pants,” Milanesi said as he reminisced back to his high school days. Since that night, he became addicted to the thrill of the stage and couldn’t get enough.

He also gets his performance fix through poetry readings. His first poetry reading was during a poetry jam at SUNY Farmingdale, which he briefly attended before transferring to SUNY New Paltz. He recalled being so nervous that when he was done he ran off stage profusely sweating, feeling an adrenaline rush through his veins that made him feel extremely giddy.

The main difference between poetry readings and his musical endeavors is the intimacy between the performer and the listener. “You have less factors in the performance equation,” he said. When he is onstage with his band, there is a sense of camaraderie that spreads across the stage that energizes him, yet when he is reading his poetry by himself he feels the quietness of the crowd and their heavy focus on him.

Although not nearly as strong as during his earliest days, the musician still feels that rush and excitement when he is playing live and feels familiarized to being in front of crowds with his fellow band-mates. “It’s really awesome to share your emotion that you put into your music with people,” he said. “That’s where I’m going with it now. It’s not really scary, it’s more about ‘How can I portray and project my emotions and the visions of the music into the other people listening?’”

Milanesi has always felt a major musical influence throughout his life. Music is one of his main sources for happiness and tranquility within his life. “When I come home I just want to write some music based on the kind of day I have or however I’m feeling,” he said. “It just gets my mind off of any worries I have in my life, just gives me a moment of reprieve, it gives me a breath of fresh air.”

Milanesi’s main musical focus is on his band, Meercat. The band formed in New Paltz, NY in mid-2014. Milanesi believes his friendship with drummer Rob Costentino was a major influence on the creation of the band. The two met while hanging out after class on campus and later decided to play together and have jam sessions at their houses. Milanesi later met his future band-mates through Costentino.

The current members of Meercat are Milanesi as main vocalist and bassist, Costentino on drums, Ben Langer playing keyboard, and James Rubino as the lead guitarist and backup vocalist. Formerly known as the Boiling Loins, the band decided to change their name after a night of “heavily drinking” at a friend’s house and discovering a toy meerkat on a mantle.

The band has many musical influences, including psychedelic rock, blues, jazz, and bluegrass. Milanesi stated that the main influence on their band is “anything that has some soul.” The band is trying to expand their audience by using social media outlets, such as Facebook, and playing at local bars, including Bacchus and Snugs.

Meercat is currently working on recording a 4-track demo. The band is not signed to a record label due to the fact that they are trying to control their own musical creativity. However, he stated that it would be interesting to consider signing to a label in the future.

Outside of the band, Milanesi’s musical commitments include, “mostly just my own personal endeavors and small side projects with friends … but nothing performance-based.” He still works on solo projects and writes his own music. He also partakes in “jam sessions” with friends.

Milanesi’s nonmusical commitments include working on his bachelor’s degree on campus. Rather than majoring in music, Milanesi chose to major in Digital Media Production. He is trying to produce some content in both the visual and audio realm, and would like to be a producer of all different types of media outlets.

He also believes that since he already knows how to create music, he should take the next step by learning how to produce his own music. He believes by doing this he will be able to have full control on how his music is produced and will financially benefit in taking care of his work on his own rather than hiring people who won’t fully understand his musical pursuits. “There’s two forms of the art: there’s creating and writing the content, and there’s the production aspect,” he explained. “But the production elements of it are something that most people don’t really get the chance to explore. It’s so expensive and inaccessible, and people just generally don’t know how to produce themselves.”

Milanesi does have some difficulty in juggling his musical commitments and school. He balances the two by designating certain days of the week solely to practice and recording sessions. Although it is time consuming, he does not mind working out a balance between music and school. Milanesi finds music as an escape from the hustle and bustle of everyday life, and loves getting lost in working on music. “It’s really not that bad, when you’re doing stuff that you love.”

Milanesi’s love and dedication for music radiates through his performances at local events via his self-written work. He has the talent and potential to become a musical mastermind and leading man of the music industry.

Thu May 7 , 2015
By Caitlin Marinaccio The dining facilities of the Student Union Building at SUNY New Paltz were slapped with two critical red violations following an inspection by the New York State Department of Health (NYSDH). Inspection records from Jan. 23 of this year read, “Potentially hazardous foods are not kept at […] 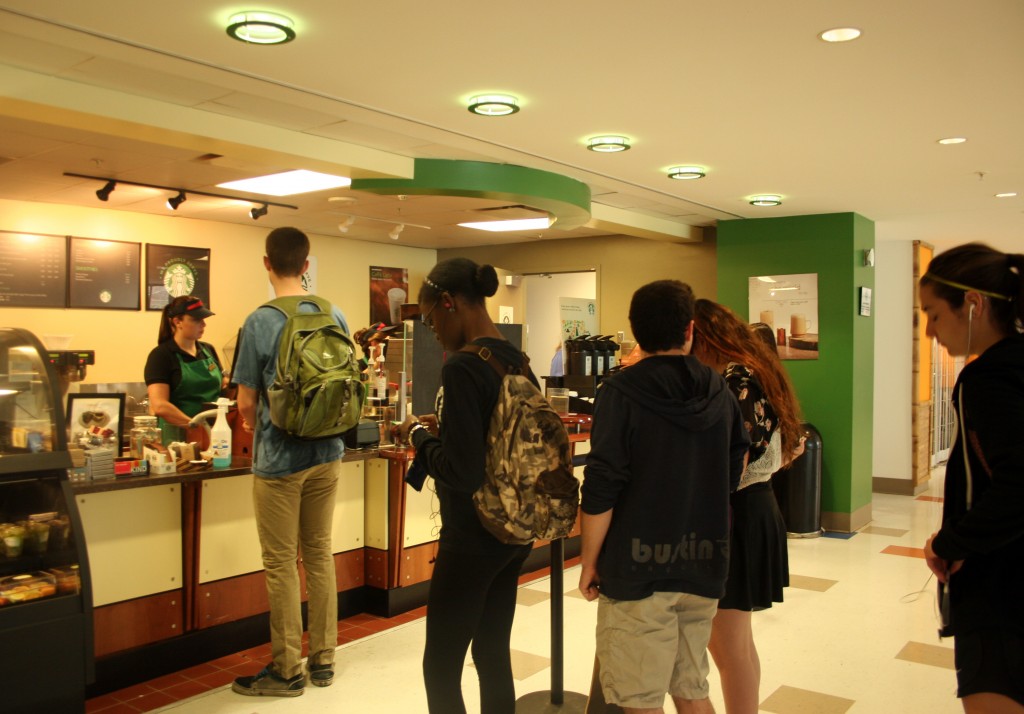