Deborah Crumbie, a 20-year-old Brooklyn native, received a lead role in the For Colored Girls production. As the Lady in Red, she is an integral part of the story that unfolds onstage.

Q: How did you stumble upon acting growing up?

A: Growing up, I wanted to be everything. When I was 10 or 11, I realized the people on the TV get to be everything. They study these parts, and follow their subjects around, and they become that character. I said it then: I want to be an actor. I hadn’t really done much in high school, but I really pursued it when I came to New Paltz my freshman year. That was when I said, ‘I want to do this.’ Getting into costume, doing my hair, becoming someone more than myself is just awesome.

Q:What early role had a major impact on your development as an actor?

We had a stage reading, and I played a doctor. It dealt with mental illness, based off a true story. It was the first time that I had to deal with a deeper emotion with a character. By the end she was distraught, she was broken. I heard sniffles in the crowd and I said, ‘I like this.’ I loved getting people’s reactions, the ones people usually hold in. If you get that reaction from people, obviously you’re doing a good job of telling the story.

Q: How were you able to relate to the Lady in Red?

A: She says something along the lines of, ‘I have loved you assiduously for eight months, two weeks, and a day.’ She describes all these things she does for the man she loved, how she invested everything into him and how he gave her nothing. It’s that kind of take, take, take situation that I was able to relate to. And it made me angry; I wanted better for her and I wanted to help her find better. You find parallels in the persona. You build a whole human, and then you bring them to life.

Q: How does this interpretation of the piece pay respect to the original writings?

A: We keep our pieces true to the author’s intention. We spent a whole day in dramaturgy watching Shange perform her pieces and the way she embodied her poems. It’s a choreopoem, so we have to have movement. When she would read her poems, she would become them. She wanted it to incorporate all of the things she put in her work, and so do we. Watching her helped inform us on how to produce and perform the piece. This whole thing pays homage to her both in subtle ways and in the simple fact that we’re doing it.

Q: How do the themes in the choreopoem relate to issues of today?

A: The problems we face today are rooted in the past. These pieces were written in the 70’s, about issues from that time and before that. So for us, it sets up this foundational piece. All the problems that came after are still rooted in that. So looking back it might seem general, but it’s timeless. If you think, ‘This stuff is happening now,’ it’s important to know that it was happening then too. I don’t think anything could be added to this, because any issues we have now stem from what happened then.

Q: What separates this choreopoem from other work you’ve been involved in?

A: My favorite thing about this play is that it is my story. We are so drowned with western, whitewashed cultural storylines. They’re fun to play, but you can’t bring yourself to them. There’s another level that has to be reached as an actor that can’t be reached if you’re playing characters that aren’t relatable to you. What’s important is that you see women of color doing our thing, in our element, and we get to be the best that we can be. That’s why, I believe, we were all cast. We are all leaders. That’s what this show is. 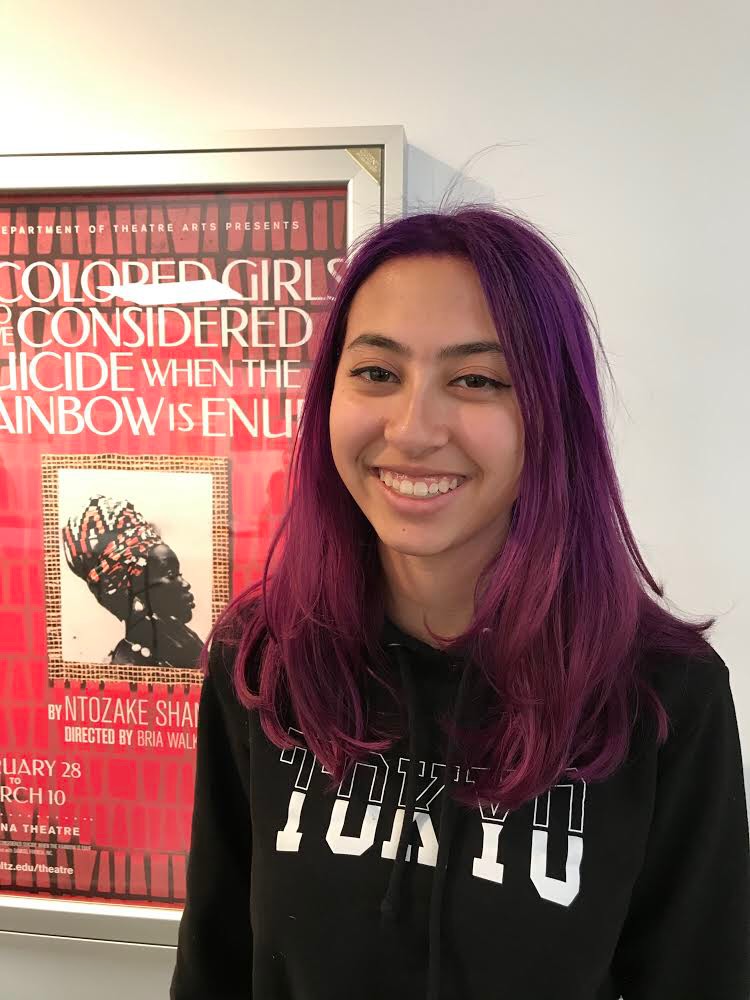