Ifeoma Ukatu, born and raised in Staten Island, NY,  is a junior at SUNY New Paltz majoring in theatre. Ifeoma comes from a musical background and plays the saxophone, piano and guitar. She’s been singing and dancing since she was a little girl, and will be portraying the Lady in Orange in the upcoming play For Colored Girls Who Have Considered Suicide When The Rainbow is Enuf.

Q: Is this the first play you’ve been cast in here at SUNY New Paltz?

A: No, but this is my first main stage production; we have different series here within our theater department. The first play I did was in my sophomore year. At the time, I was a biology and computer science major before I switched to theater.

Q: What compelled you to perform For Colored Girls?

A: As soon as I learned that we would do For Colored Girls, I was so excited because this is the first time that I saw a play depicting what it is like to be a woman of color, and a black woman specifically. We don’t really get to showcase a lot of things that are for us or about us, us being people of color.

Q: Tell us about your character, Lady in Orange.

A: Lady in Orange is really a mix of the Ladies in Red and Yellow. Lady in Red has that passion and fiery persona, while Lady in Yellow is more cheerful, bright and optimistic. Lady in Orange combines those components of those other ladies. She’s our movement character. She’s into dance; it’s the beat that keeps her going. It’s her lifeline, statement and savior, which is why she doesn’t like to speak much. She likes to dance her words out, but definitely speaks when she has something to say. When it comes to her pain, the rawness of her emotion transits against you.

Q: Are you anything like your character Lady in Orange?

A: Oh, definitely. I’m so much like Lady in Orange. It’s actually funny how much I tend to find that out more as I rehearse. I love dancing even when I’m not in rehearsal. It’s an escape for me, it’s a way for me to check in on myself, and transform my energy. So I think that’s something that we have in common.

Q: How does the play represent struggles that the average African American woman faces?

Q: What can we expect to see when you perform Lady in Orange in this play?
A: Well, I think it depends on my audience, because the majority of people are not going to know me. As for Lady in Orange it’s important that I let her energy out, because this is her life. I will push through, hitting everything hard and letting raw emotion out. They won’t know Ifeoma, but they’ll be able to see the truth of Lady in Orange because that’s what matters the most.

Mon Mar 4 , 2019
“For Colored Girls Who Have Considered Suicide When The Rainbow Is Enuf” tells the story of seven women of color who find unity through the shared oppression of a racist and sexist society to form a sisterhood through stories of love, empowerment, struggle and loss. The play will be performed […] 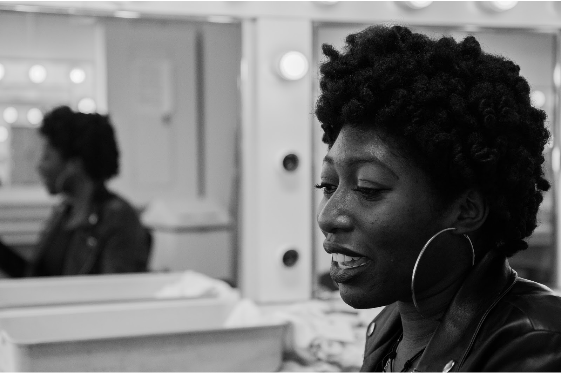