Stefanie Workman, a senior from Freeport NY is a Theater major with a concentration in Performing Arts. She will be performing in the upcoming production For Colored Girls Who Have Considered Suicide/When The Rainbow is Enuf as the Lady in Brown. Simultaneously, she is also working backstage helping creating the beauty of theater as the hair and make-up designer. Her skills have a direct impact on the look and feel of the production.

Q: How long have you been interested in hair and makeup design, and what kind of training have you had?

A: When I was younger, my mom worked at a MAC makeup counter. I grew up watching her do her own makeup, then she let me start playing with it. I’m mostly self-taught; I’ve been doing makeup for about ten years and working in hair design and wigs for about seven years.

Q: What was your first job in this field?

A: I did makeup for a school production of Shrek Jr. It was very low budget. Using cotton balls and latex paint to create the facial mask, we spent four hours turning a middle schooler into Shrek. As a hair and makeup designer, my role is to bring into light the world that the director has conceived in his or her head. As an actor, design is very important, it helps to embody the character once we put on those costumes and makeup. It is just a lot easier to physically connect with the person I created in my head and bring her out for an audience to see.

Q: What were you hoping to gain my being a part of this production?

A: This is a show that phenomenally features women of color. Applying makeup for people of color differs greatly. There are a lot of factors to take into account. It has been important to me that the ‘girls’ feel their most beautiful selves, bringing out a glow. Doing makeup for the theater is different than wearing makeup in real life with lighting taken into consideration. This as much a science as an art form. When it comes to the hair, we really want to keep things natural. Because of the nature of the show, some of the girls have braids. Some have their afros out like myself. Women of color and black hair is an important part of our identity; it is part of our story and this story.

Q: Why aren’t we more appreciative of those who have naturally beautiful brown skin?

A: 100 years ago, having dark skin showed that a person had a hard life and wasn’t treated properly. But now everyone strives for the skin that people discriminated against. I know, it’s definitely a shift. The Audience will be very conscious of that in this play. The actors all have beautiful brown skin, but we want the girls to have their own shade. I don’t want the foundation to be lighter or darker. You have to be comfortable in your own skin and proud of who you are and how you look.

Q: How do you view the importance of this as a social piece?

A: As women of color, we all have shared experiences we go through. Ignoring them or not talking about them doesn’t make it easier to heal. This project provides a healing space and we’re here to tell our character’s stories but also tell a bit of our own.

Q: What do you hope to gain from this experience and what are your goals for the future?

A: I hope this production will help me figure out my future. I know that I will end up in the creative zone. I know what I don’t want to do for a living: work nine to five. When I was little, people asked me what I wanted to be when I grow up, and I said, ‘happy.’ It’s really important that I enjoy what I’m doing. I tried a lot of things in all of these creative mediums, but I’m now studying with makeup. I want to keep learning; my family has always said that if you stop learning, you have nothing left to learn, nothing left to live.

Stefanie Workman plays the Lady in Brown, but is also responsible for elevating the magic and power of the show through her skills as a hair and makeup artist

Ifeoma Ukatu appears as the Lady in Orange, a character that embodies Ntozake Shange’s creation of choreopoetry: dramatic expression that combines song, dance, poetry and music

Emily Kimoto serves as the Assistant Stage Manager, assisting in backstage management to help run the show as smoothly as possible

From Performer to Stage Production Manager

Thu Feb 28 , 2019
“For Colored Girls Who Have Considered Suicide When The Rainbow Is Enuf” tells the story of seven women of color who find unity through the shared oppression of a racist and sexist society to form a sisterhood through stories of love, empowerment, struggle and loss. The play will be performed […] 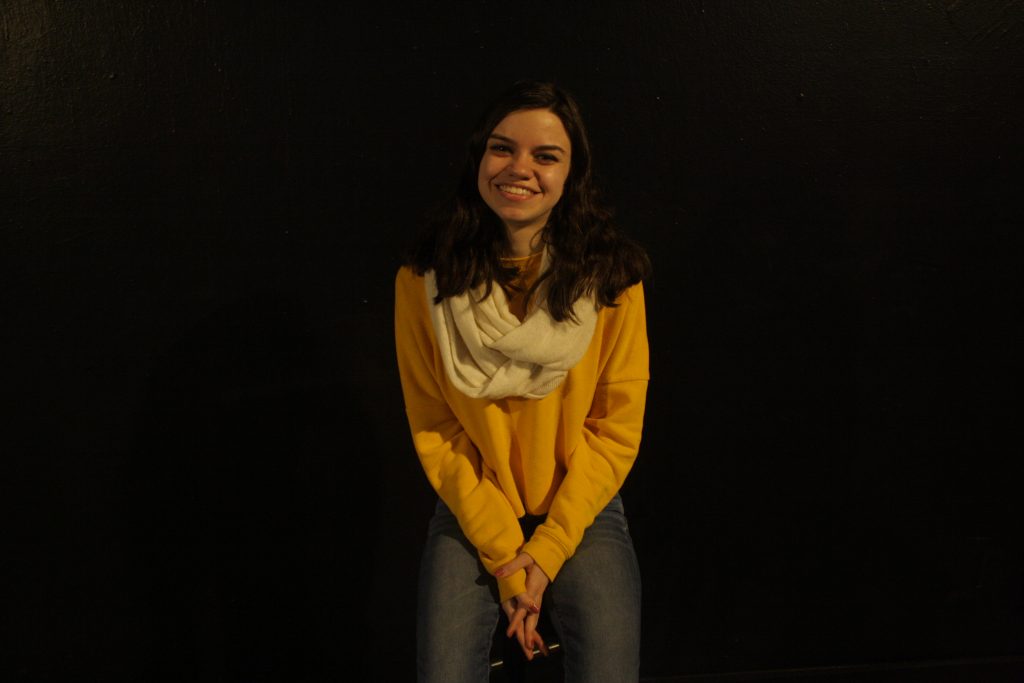