A lot of people like lucky numbers. How is this one for you? 596. According to the documentary Gasland, which was screened at SUNY New Paltz just before Thanksgiving break, that is the number of chemicals that are placed into the hydrofracking mixture used to bring up natural gas from shale formations throughout the United States and the world.

The movie follows the journey of the director, Josh Fox, as he travels to various locations in the United States studying the environmental impact of natural gas drilling on local water sources.

Filled with iconic images, the movie serves as a warning label for further research or stronger regulation on the natural gas drilling industry, the most memorable of which is one of those interviewed in the documentary who is able to set his water on fire. This movie provides an educational look into the side effects on the environment and the effects on the citizens of the United States of natural gas drilling.

During one scene, Fox travels through an entire field that is filled with gas drills, and because the area is in what is considered public use lands, shows the by-product of the fracturing concoction and how the industry has reacted to complaints by citizens. The movie is a must-see for environmental buffs.

Sun Dec 19 , 2010
The Inaugural Mr. New Paltz: Male Beauty Pageant fundraiser was held on December 8, 2010 at 9 p.m. in the Student Union Multi-Purpose Room. Sponsored by Student Association and Residence Hall Student Association, this is the first male pageant hosted by SA. This event was created as a fundraiser for Pakistan […] 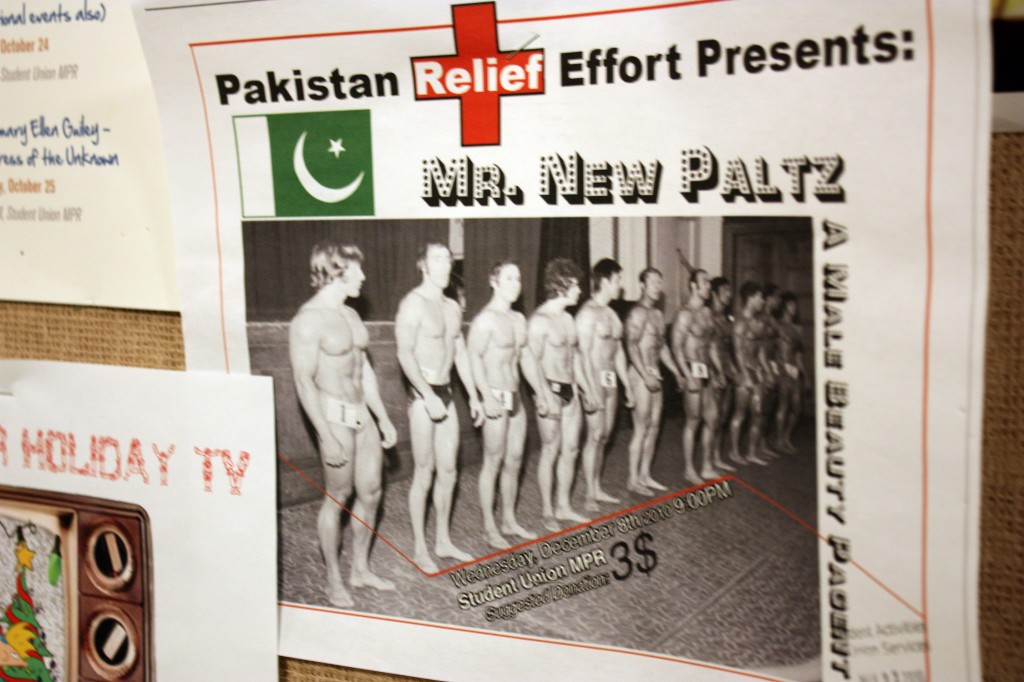