In the months and years following the events of September 11, 2001, Ray Suarez says the American news media became much more patriotic, which damaged its unofficial title as the “fourth estate.” Suarez, an award winning broadcast journalist, was the featured guest at the Distinguished Speaker Series held at the SUNY New Paltz Athletic and Wellness Center on April 7. Suarez’s lecture, titled “Lessons From Adversity: The Media’s Perspective in a Post 9/11 World,” was held in conjunction with the Institute for Disaster and Mental Health conference held annually at SUNY New Paltz.

Suarez’s lecture covered such topics as the media being too lenient in its media coverage and focusing on upsetting, soft news instead of informative, investigative reporting.

Suarez accused the media of misinforming citizens about the Muslim world. He went on to say the media overlooked blatant injustices against Muslim citizens as well.

“Traditions of due process and the rule of law were stuff for sissies,” Suarez sardonically said. “Immigrants were swept up and tortured just because they were Muslim. Their stories were never told.”

Suarez is a media veteran who has over 30 years of experience in the field, ranging from work for National Public Radio on the program “Talk of the Nation,” to working for PBS on their program “PBS NewsHour.” He has won the DuPont-Columbia Silver Baton Award, which awards excellence in broadcast journalism, twice in his career. He said that his organization during September 11, PBS, is subject to his criticism as well.

Suarez said the media wanted to appear supportive of the government and country during the days after September 11 and, thus, reporting on a storylike that would seem critical of the government.

“Patriotism was gushing out of every media orifice,” Suarez said.

Suarez went on to say that the media has not adequately informed the people about the Arab world. He said that this has caused a “scary, internal enemy.” Suarez believes this is the saddest side effect of the post-September 11 coverage.

Suarez believed the patriotism shown by these organizations caused them to overlook the most critical information. Instead of reporting hard news informing people about what was going on in the Middle East, organizations chose to convey soft news to the consumers.

“This was the biggest news event in recent history and it had a hellish black hole in the center,” Suarez said.

Suarez points to The New York Times‘s “Portraits of Grief” feature, which profiled every victim who died in the terrorist attacks on September 11, as an example of the media focusing on soft, tear-jerking news instead of informative news. “‘Portraits of Grief’ was grueling and unbearable,” Suarez said. “The media focused on sad widows and fatherless children. We were a cultural conveyer of mourning.”

Another reason Suarez gave for the patriotic, rather than critical coverage, was the concerns about ratings, which translates into advertising dollars.

“We (media) were meant to be unifiers,” Suarez said. “Did we want our ratings to remain strong, or did we want to say something that wouldn’t receive criticism from our audience?”

The media also looked to create a hero out of anyone and everyone, Suarez said. Firefighters from all over the country were used in stories to promote their heroism, because of the heroism New York City firefighters displayed on September 11. The media portrayed President George W. Bush and New York City Mayor Rudy Giuliani as heroes, according to Suarez.

“The media had to assign meaning and nobility to the rubble at ground zero, and they put Bush on the top of the pile,” Suarez said. “Heroism took on a masculine, white face.”

Suarez pointed out that most of the information that has come out about September 11 and the Iraq War is because of the government-sanctioned 9/11 Commissions, not because of investigative journalism. He also noted that coverage of the Iraq War was the closest the media has been to any war, as President Bush allowed the media close access with the troops in order to promote the war. The media built close relationships with the troops and didn’t feel comfortable questioning the war effort, Suarez said. 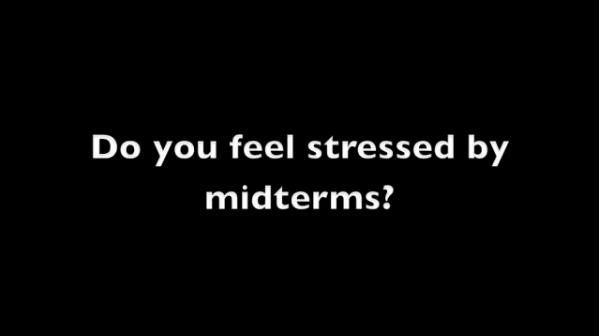