The importance of science vs. the significance of liberal arts in undergraduate college education has created an ongoing discussion between SUNY New Paltz faculty and staff about the future of the General Education (GE) requirements at the college.

The question of what GE requirements SUNY New Paltz students should be mandated to take is unanswered, with some faculty believing there should be a continued implementation of a classic liberal arts education, while others believe the university should require more science, technology, engineering and math (STEM) classes.

“For me, liberal learning is about making connections across the disciplines and empowering intentional learning,” Kassel said. “There should be, in my view, a relationship between courses, especially within GE.”

In addition, all first-year students will be required to take a freshman seminar, two communication-enhanced courses, an eventual capstone course for their major, and two STEM-enhanced courses. STEM, which stands for science, technology, engineering and mathematics, looks to create a more well-rounded student learning in a liberal arts atmosphere, according to the proposal.

“Our liberal education program seeks to promote self-aware, reflective, and thoughtful citizens. We want to create the possibility of graduates liberated by their New Paltz experience to understand the fulfillment their own human potential. Additionally, a liberal education prepares students for an increasingly complex world, focusing on critical thinking and analytical skills applied across a broad array of disciplines,” according to the overview section of the LEC’s Proposed Program.

But because the final say resides with both faculty and the administration, Kassel said, issues have arisen because not all faculty agree with these proposed standards.

“Right now we are at a standstill,” he said. “There are fundamental disagreements here, and it’s not unusual.  One question that gets raised a lot is, ‘do we really want a student to graduate without taking X?’ X being whatever GE requirement is asserted as absolutely essential for every educated person.  That’s a good question.  The answer, in my view, must begin first by answering what is in the student’s best interest.  Student needs come first, not courses or curriculum.”

In 2010, five members of the college, including then Provost Donald Christian, Kassel and several other faculty members went to the General Education Conference hosted by the Association of American Colleges and Universities (AAC&U).

In 2005, the AAC&U had launched LEC and America’s Promise (LEAP) initiative – a nationwide discussion based on reviving and reforming general education for undergraduates based on the following criteria according to its website: essential learning outcomes, high-impact educational practices, authentic assessment, and inclusive excellence.

“There is no perfect or best answer, but there might be a better one,” he said. “We can’t let the perfect be the enemy of the good, nor can we sacrifice a general whole for one part.  Compromise is necessary.  The status-quo is unacceptable.”

Thu May 8 , 2014
There aren’t many things that motivate the average college student to get out of bed at 8:30 on a Saturday morning. However, the New Paltz Clean Sweep is an annual tradition that offers a sense of community, a great volunteer opportunity, and a feeling of accomplishment. The annual event in […] 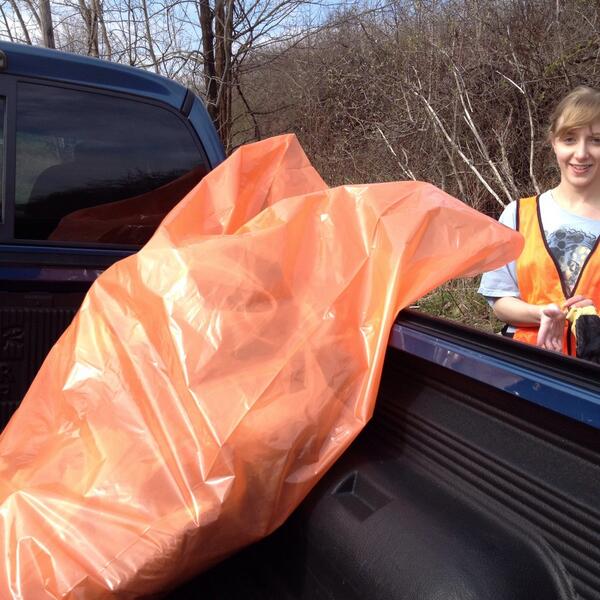