In an effort headed by energy management coordinator Brian Pine, SUNY New Paltz took advantage of this funding and began to implement its own EV movement.

In choosing the location for the charging stations, the Facilities Management team chose areas that were easy to bring in electricity. There are two charging stations (four parking spots) in the Elting Main Parking Lot between Elting Gym and the Sojourner Truth Library, and a third (two additional spots) in the Route 32 Lot across from the Student Union.

The charging stations were operational in December, according to Mitten, and a campus media blast was sent out in early February to bring awareness to the parking spots.

With such a small number of spots altered, concerns of taking away from the already limited parking availability on campus are non-existent, Mitten said.

According to Mitten, as the cost of electric cars decreases and they become more competitive, the university plans to take part in that growing culture.

“We hope that this will challenge faculty and staff, even students, to consider electrics vehicles as an option,” she said.

According to Pine, the plan is to expand the number of spots dedicated to electric vehicles within the Route 32 lot.

SUNY Buffalo and SUNY Stony Brook also have EV charging stations set up on their own campuses.

Hot Chocolate with the President

Thu Apr 9 , 2015
By Carolyne Amaro New Paltz alumni and students gathered with President Donald P. Christian for a conversation about the College and SUNY System on Monday, March 9. The event called “Hot Chocolate with the President” was held in Esopus Hall, one of the newest student residence halls, giving the conversation […] 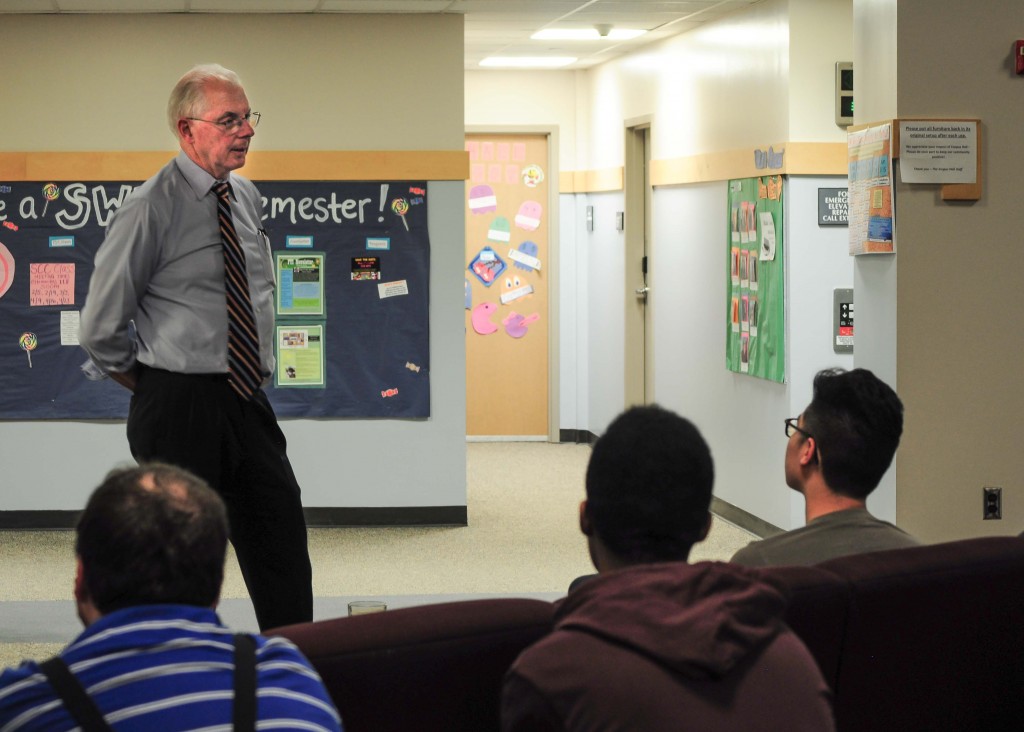