This story has been published in collaboration with the Legislative Gazette

Although difficult to predict the outcome of the case, it was clear from the line of questioning that conservative justices, who hold a 6-3 majority, are leaning toward loosening the current gun laws under the justification that requiring those applying for their gun license to prove “proper cause” is unconstitutional.

“The idea that you would need a license to exercise a right is unusual with regard to the Bill of Rights,” Chief Justice John Roberts said.

Robert Nash and Brandon Koch both applied for a concealed-carry license for the purpose of self defense. They were not approved by the licensing officer to get an unrestricted license because neither of them met the “proper cause” standard for unrestricted public carry, leading them to file a suit in federal court claiming a violation of their Second Amendment right.

Two Sides of the Gun Debate

This case has the potential to radically reduce the amount of control the federal government has over regulating guns, allowing for an increase in firearms in public places with large gatherings such as subway stations and schools.

Arguments lasted for over two hours. Those fighting for an increase in gun control argued over the concern that people will feel silenced as a direct result of the intimidation and fear of possible gun violence, infringing on their First Amendment rights to exercise free speech.

“The widespread and unregulated presence of guns in public spaces can chill our rights to assemble, protest, and speak out, and states are justified in regulating public carry to help promote trust that all will be free to exercise their right to free expression without worrying about getting shot,” said ACLU Legal Director David Cole.

“I think that people of good moral character who start drinking a lot and who may be there for a football game or some kind of soccer game can get pretty angry at each other. And if they each have a concealed weapon, who knows?” said Justice Stephen Breyer.

The other side posits that self defense is more than enough reason to carry a concealed firearm as long as good moral character is displayed. They argued that restricting ability directly undermines Second Amendment rights.

“Why isn’t it enough to say, ‘I live in a violent area and I want to defend myself?’” asked Justice Brett Kavanaugh during the arguments.

The landmark decision in the 2008 District of Columbia v. Heller case, where the Supreme Court ruled that “the Second Amendment protects an individual right to possess a firearm unconnected with service in a militia, and to use that arm for traditionally lawful purposes, such as self-defense within the home,” gave individuals more freedom than ever to own a licensed gun for personal protection. Yet this individual freedom to own a firearm comes with certain conditions and restrictions, even if the intent to become licensed is based on the need for self defense.

The Bruen case proposes a new challenge to a New York State law that requires anyone applying for a license to possess a handgun in public to demonstrate “proper cause” before they are allowed to do so.

In order for an applicant to be allowed to carry a concealed firearm outside of their home, the licensing officer would have to determine if their need to carry a gun is sufficiently heightened and considered special and unique.

Speaking broadly, self defense is not enough reason to be permitted to carry a concealed weapon unrestricted anywhere on the streets. For example, carrying a concealed gun “may be restricted to specific locations where a person has shown a need for self-defense, such as ‘between [their] home and place of employment.’”

If one cannot demonstrate “proper cause,” the licensing officer can then grant the applicant a “restricted” license, which would only allow the applicant to possess a handgun for certain objectives under specific parameters, such as hunting.

The arguments addressed the concern regarding where carrying guns could be restricted for the overall safety of the public. These places are referred to as “sensitive.” Questions arose as to whether or not it was a good idea to allow the unrestricted, concealed carry of a gun in places such as bars, football stadiums or on school property. “The right way to look at those cases would be to look at them case by case and say, okay—this Court in Heller, for example, said sensitive places include government buildings and schools. I think those, you can probably tap into a pretty good tradition,” said Paul D. Clement, a lawyer for the two men who were denied licenses to carry handguns at all times.

Clement also went on to suggest that carrying concealed and loaded firearms could be restricted based on certain events, not only in places deemed “sensitive.” For instance, he states that “the right way to think about limiting guns in Times Square on New Year’s Eve is not as a sensitive place but as a time, place and manner restriction.”

His main point was that “carrying a firearm outside the home is a fundamental constitutional right. It is not some extraordinary action that requires an extraordinary demonstration of need” he said.

“You have to show that you have an atypical need to exercise the right that distinguishes you from the general community. That describes a privilege. It does not describe a constitutional right. That is a sufficient basis to invalidate the law.”

Dana Lee is a senior at SUNY New Paltz and working toward a degree in journalism. She also has a completed minor in Spanish. When she isn't in class, she is bartending at a local pub, McGillicuddys, or at her apartment playing with her kitten, Chainsaw Montgomery.

How I Stayed Connected During Quarantine

Mon Nov 15 , 2021
Throughout the COVID-19 crisis, it became more important than ever to stay connected to others, and it is thanks to social media that we were able to. In this public radio story, three SUNY New Paltz students reflect on their past year of isolation and how they stayed connected during […] 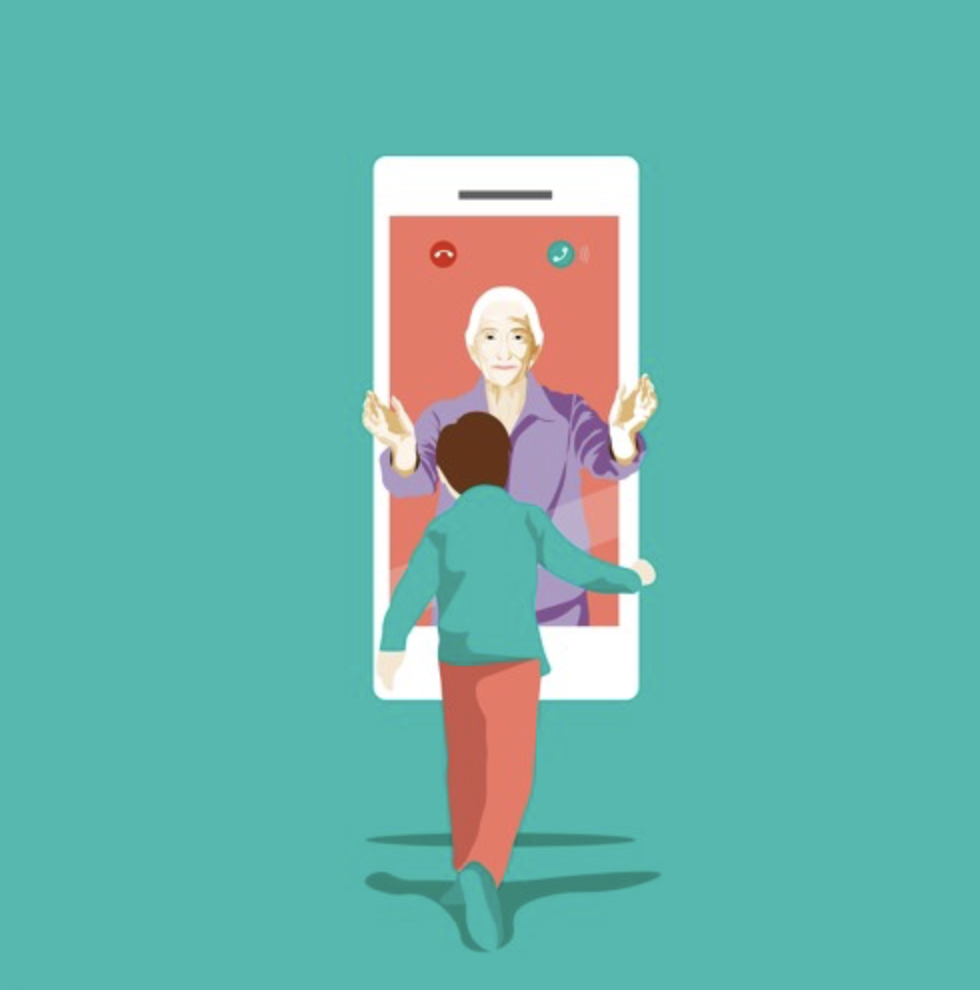