Despite their several similarities, including their stances supporting property tax caps, military experience and both being ardent defenders of veterans, Doles failed to unseat Larkin, who he referred to as a “permanent incumbent.”
After the final votes were tallied, Larkin received 47,204 votes, or 61 percent, compared to Doles’ 30,803.

Doles is the first Democratic acting supervisor in the town of Monroe and ran on a platform to reform education, lower property taxes and to help fix state government.

Larkin has held the senate seat for 20 years and was a member of the Assembly from 1979 to 1990. Larkin serves as the Ranking Minority Member on the Senate Committee on Corporation Authorities and Commissions. Since 2009, Larkin has held a leadership position of Minority Whip in the Senate

Larkin, who served 23 years in the army, has sponsored changes in veteran’s benefits laws that, according to Larkin, increased the financial protections for families of American servicemen fighting in the Persian Gulf.

“I am very proud of my 23 years in the United States Army. My military service has had a tremendous impact on me as an individual and as a legislator. One of the biggest ways my military background has prepared me for the State Legislature is knowing how to work well as a team, particularly with individuals from different backgrounds,” Larkin said.

The 39th district includes parts of Orange and Ulster counties.

In another local race for the assembly, Republican incumbent Nancy Calhoun, of Washingtonville, was upset by Roxanne L. Donnery (D-Highland). Donnery beat the incumbent with 15,506 votes compared to Calhoun’s 12,820.

Despite fears of a Republican upheaval, Democrat Andrew Cuomo defeated Carl Paladino in a landslide. After creating flurries of media attention for raunchy emails, a 10 year old child out of wedlock and insensitive remarks against homosexuals, Paladino still blamed the media for his loss. Cuomo obtained 2,532,447 votes or 61.5 percent compared to Paladino’s 1,399,235 votes or 34 percent.

“Not 100 percent thrilled with him, but, certainly, he’s acceptable, and the other guy is appalling — that’s all I can say about him” said Forest Markowitz, 60, of Manhattan, explaining why he cast his vote for Andrew Cuomo over Carl Paladino for governor.

Despite the loss, the relentless Paladino refused to admit defeat, “Keep your pitchforks at the ready and never surrender,” he said.

The governor-elect celebrated his victory with the constituents who supported him, asking the anxious crowd if they were “fired up.” During his victory rally at the Democratic Headquarters in Manhattan, Cuomo harped on the voters’ discontent for the economic recession and Albany’s corruption.

Cuomo vowed to represent the people of New York rather than the special interest and lobbyists. Cuomo promised to get taxes under control in order to lure residents and businesses into the state.

The governor-elect discredited his opponent’s attempt to exploit fear and anger saying that they “tried to put wedges in the beautiful mosaic that is New York.”

Cuomo continuously talked of a unity that he hoped to bring to the state, saying that despite race, income or sexual orientation, “We are one state. We are one New York.”

Howie Hawkins was the only third party nominee to receive the necessary 50,000 votes to keep his party on the ballot line. Hawkins, representing the Green Party, received 56,868 votes representing 1.4 percent of the total votes.

Despite the national success for the Republican Party, New York held onto its democratic edge as U.S. Senators Charles Schumer and Kirsten Gillibrand retained their seats. Schumer received 65.5 percent of the votes (2,639,354) to defeat republican Jay Townsend who only gained 32.9 percent (1,324,412). Gillibrand also dominated her race collecting 2,455,017 votes or 61.3 percent compared to her main adversary, republican Joseph DioGuardi who got 1,460,160 votes or 36.5 percent.

Despite the tough losses, the Republican Party did knock small clinks in the Democrats armor. After riding President Barack Obama’s wave in 2008, Democrats controlled 27 of the 29 seats in the House of Representatives. In 2010 it was a different story. Democrats still control the House, but Republicans were able to snag five additional seats. The districts that saw the changes traditionally swing Republican, so the flipping between parties came as no surprise.

“I voted straight Republican. I think we should get rid of all the incumbents. … I don’t think Obama listens to the people. I think he has his own agenda,” said Gene Hoeltge, 44, of Pelham, N.Y.

The midterm elections shook up things throughout the nation as tea party supporters took office and incumbents were unseated. Luckily for New York Democrats, the Empire State avoided a major overhaul.

Thu Nov 18 , 2010
Nathan Ganio graduated with a Bachelor of Fine Arts degree in painting in 2001 and is now pursuing a second undergraduate degree to become a math teacher. 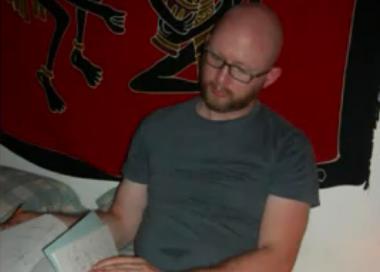