The Springtown Truss Bridge is an enchanting place. The view of the Wallkill River from the bridge makes you feel like you are in one of those famous Hudson Valley River paintings from the 1800s. The river cuts through the temperate New Paltz forest. Trees curl over the river banks like eyelashes. During the spring and summer, 45,000 people walk along the Wallkill Valley Rail Trail and cross this 140-year old-bridge, according to the Rail Trail’s website.

Alisha Muller, 18, of Kerhonkson, originally from Rosendale, grew up with the Rail Trail in her backyard.

“The first time I went there I was with my father, I was 11 or 12,” she said. “I complained the whole way because I was wearing flip flops, but when I got there it was completely worth it. The entrance to the bridge was covered with tons of vines so it was sort of magical to me.”

Muller said she loves the tranquility of the bridge.

“It’s a great place to go and just be,” she said. “Finding a body of water is supposed to be calming and for me it is.”

The Springtown Truss Bridge was originally part of the Wallkill Valley Railroad line that ran from Ulster County to New York City from the 1800s to the 1970s. In 1983, people who lived close to the tracks throughout Ulster County sparked the idea to use the tracks for recreational purposes. After some bureaucratic setbacks and a little help from the Hutterite Community of nearby Rifton, the Springtown Truss Bridge was planked for pedestrian use, and informally opened in April 1992.

Gwenyth Epstein, 18, of Accord, frequently rides her bike on the trail in the warmer months. She loves the wildlife visible from the bridge.

“One summer I rode my bike to the bridge with my father, and we stopped for lunch,” she said. “We looked into the water and saw a large turtle, an otter, and numerous trout. It was fascinating to see so much wildlife in one place.” Elwel’s favorite memory on the bridge was an event called “Bagels on the Bridge.” This event was part of the Hudson Valley Ramble, which is a collection of events held at cultural and historical spots throughout the Hudson Valley in September.

“We had a nature walk from behind the Boces building in New Paltz to the Springtown Bridge, and then we sat and had bagels and juice,” she said. “I really just loved the walk, it’s such a beautiful walk and the views are incredible.”

Thu Mar 31 , 2011
Before Brian Dyroff can answer a question, he has to pull his earplugs out. With a pinch in each ear, he eases out two small purple pieces of foam, shaped like miniature grain silos. The earplugs go into a small plastic carrying case that he slips into his pocket. But […] 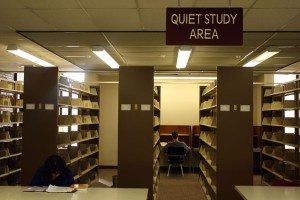