Jonathan Van Meter engaged with SUNY New Paltz students as he discussed his life and career of being a writer and contributing editor to Vogue Magazine on Tuesday, Nov. 18 at the Honors Center of College Hall.

“He went in depth with his answers,” Ryba said. “He brought  new insight into the world of journalism.”

Van Meter started his career in the early 1980s. He worked  with a cult weekly magazine, 7 Days, founded by Adam  Moss. Even though 7 Days folded two years later,  Jonathan was offered writing gigs left and right. He did  freelance writing in publications ranging from Vanity Fair to  The New York Times Magazine.

After a lunch date with Vogue editor Anna Wintour,  Van Meter signed a contract with the magazine.

“Vogue is just as glamorous as you could imagine,” Van Meter said.

After six months of writing for Vogue, Van Meter’s career went somewhere he never thought it would go. Music producer Quincy Jones came up with the idea to start a black culture magazine that would celebrate the world of R&B and Hip-Hop.

Van Meter called his co-founded magazine Vibe. He said,“the exciting thing about Vibe was there was no great magazine covering Hip-Hop, R&B, and street culture at the time.”

It did not take much for writers, photographers and creative people to flood Vibe. “The writing styles and voices of Vibe were so important,” Van Meter said. He recalled someone telling him that he had the taste of an “18-year-old black girl” which made him perfect for Vibe’s concept.

“I am interested in working for magazines like Vogue so that’s why I attended,”  DeBritz said. “It was a great opportunity to talk to someone who has made it in the magazine business, as this seems increasingly harder and harder to do.”

DeBritz felt he was very down to earth despite being an important Vogue contributor. “It was great to hear from someone who really worked for the ground up.”

The afternoon event concluded after an hour and a half of students inquiring about Van Meter’s path to success.

“The program was a great turnout, the variety of the kinds of students in attendance—journalism, creative writing, poetry, photography—and the depth and intelligence and enthusiasm revealed by the questions,” Van Meter said, “it seemed to me to be a very engaged group of young people, well-read and prepared and happy to be there.”

He was impressed and appreciative of how the students kept the conversation going.

“I have spoken at many university programs over the years and have sometimes felt that some of the students were there because they had to be and the same five people asked all the questions. At SUNY [New Paltz], nearly every student had a hand up.”

Thu Dec 11 , 2014
Laugh Infection is a new stand-up comedy club founded by Naomi Calhoun in the fall of 2014. Laugh Infection seeks to provide a space for aspiring comedians to workshop jokes and get feedback from their peers in a stress-free environment. Laugh Infection has already gained several members during its first […] 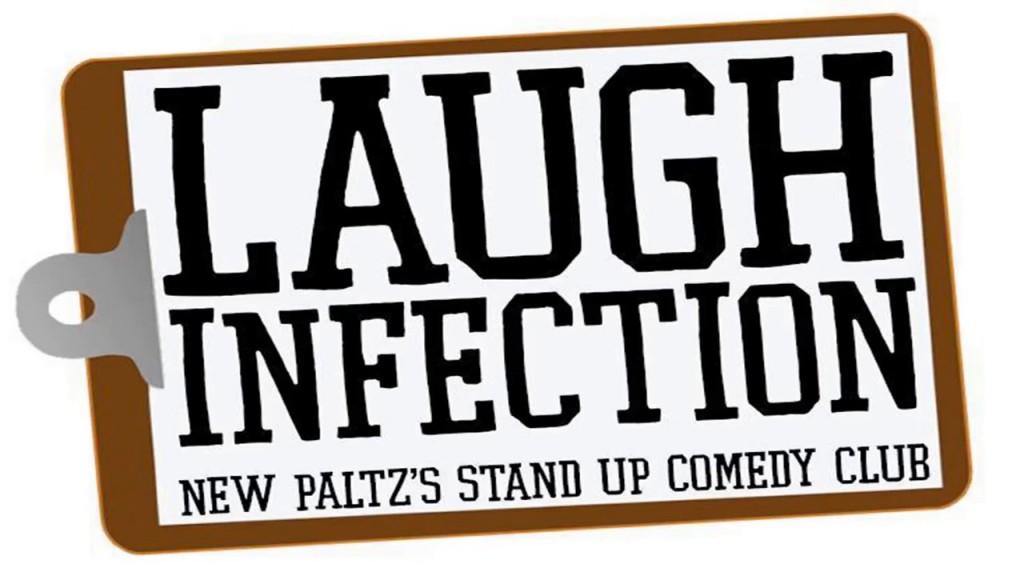