Those pictures and status updates that make your college roommate LOL (laugh out loud), might cause your employer to fire you ASAP.

SUNY New Paltz students are careful of how much they expose on their profiles because of the negative effects it can have on their reputations and professional opportunities, according to campus interviews.

“Whoever is on Facebook can sabotage you or become obsessed with you,” said Madeline Lima, a third-year communication disorders student. “I am really careful with what I put on there.”

According to a study by CareerBuilder, 22 percent of employers check social network Web sites like Facebook to see if potential employees are drinking too much, doing drugs or speaking badly of former employers, up from 11 percent two years ago.

Facebook users update their “statuses” regularly with details about their whereabouts, emotions or activities.

“You can tell a lot about a person by what they find important enough to put as their Facebook status,” said Elyse Hennes, a first-year student majoring in math education.

Having a Facebook is like having a reality TV show; it provides an outlet where people can watch your every move.

But if students are being judged based on the pictures posted on their Facebook, viewers might be missing a large portion of their personalities.

“The vast majority of my pictures are of me out at the bar with my friends because that’s where people usually have their cameras,” said Hillary Lindeman, a third-year student majoring in graphic design. “I mean, nobody takes pictures of me during the eight hours a day I spend on campus, going to class or working on my artwork.”

Often students aren’t even aware that displaying certain pictures, videos and conversations on Facebook might sabotage their college careers and professional opportunities.

Lima tries to avoid displaying pictures or other posts that might make her look bad.

“I worked in a marketing research firm, and before they gave me the job, they looked at my Facebook profile,” she said. “They didn’t even ask me. They just looked me up and that happens a lot now.”

George Selby, 21, a fourth-year media management major, said he takes advantage of all the privacy settings on Facebook.

“I make sure to remove anything that is really incriminating,” Selby said. “For professional reasons and social reasons, if something is up there that makes me look like an idiot, I’m going to want to take it down.”

With so much information available to so many viewers, it is difficult for anyone to monitor who is seeing what, and what judgments are being made.

A study published in the Journal of Applied Developmental Psychology found that 53 percent of Facebook users untag certain pictures of themselves. Untagged photos, however, are not removed from the site; they still appear on the page of whoever posted them.

With students posting hundreds of photos at a time, it is impossible to know who caught you on camera, and doing what.

Lindeman said that freshman year someone took an incriminating picture of her at the bar and put it on Facebook.

“Before I even saw it, my friend from another school had seen it,” Lindeman said.

In the work force world, some employers not only check the profiles of prospective employees, but also those of current employees.

“My friend got disability because she got into a car accident,” Lima said. “[While she was on disability] she was on her Facebook and she was writing statuses about going to the beach, going out.”

Lima said her friend’s bosses managed to view her Facebook profile and as a result, she was taken off disability, lost her job, and is now in trouble with the law.

More and more New Paltz students are realizing the necessity of taking precaution on Facebook and other social networking sites.

“Facebook can be dangerous to your personal well-being because you can endanger your ability to get a job,” Selby said.

After Lima watched her friend lose her job due to her lack of caution on Facebook, she also is being more careful.

Thu Dec 10 , 2009
A. It’s the summer and we’re in the house that I found for us. The sun is shining through the open windows and the bits of cloth that I have draped over the curtain rod make an amber light in the room. We’re on our bed and you’re wrapped around […] 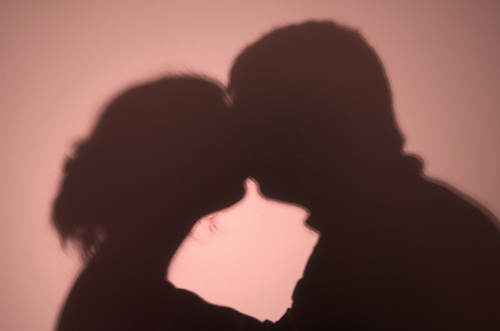