Many professors may seem to live quiet lives. But Dennis Doherty, the creative writing program coordinator at SUNY New Paltz, has taken his experiences in the Navy in the late 1970s and applied them to his teaching and poetry since he began working for the school in 1987.

Doherty, 52, joined the Navy when he was 19 in 1977 after dropping out of high school and running away from his home in New Rochelle, N.Y.

“I knew I needed to do something with my life,” Doherty said. “The military wasn’t very popular at that time, but it didn’t bother me.”

When Doherty finished boot camp he took one of the many placement tests the Navy gives and was told he had a high aptitude for communication. He was trained to be a radioman.

Radiomen were the main source of ship communication. They were trained to simultaneously type and receive messages.
Doherty liked being a radioman. “It’s exciting to be out at sea and establishing communication,” he said.
While in the Navy, Doherty kept a journal in which he wrote down daily experiences.

One such incident involved a man on fire on a pier. Doherty was ordered by his commanding officer to call the emergency in but the equipment he was using was new and he had yet to be trained to use it. Doherty was still able to successfully call in the medical evacuation helicopter.

Doherty’s time in the Navy brought him to New London, Norfolk and Japan.

Toward the end of Doherty’s station in Japan, a fellow sailor told him, “Whatever you do, Doherty, you’re too good for this outfit. Don’t come back.” Doherty took those words to heart and didn’t re-enlist.

Doherty learned a lot during his time in the Navy like about life’s responsibilities and how that relates to writing.

“Being in the Navy taught me about toughness and stamina and high pressure,” he said. “Doing unpleasant or difficult work when sick or exhausted, having to see it through, having to perform with clarity and expertise and authority when lives could be in the balance, finding out you could do things you didn’t know you could and all the while knowing that there was no reward, that no one cared about my feelings; you might be surprised how much of that can relate to writing.”

Doherty has written two books of poetry, “The Bad Man” and “Fugitive” which were published in 2004 and 2007, respectively.

Mon Mar 16 , 2009
Lisa Phillips is a freelance writer for the New York Times, Boston Globe and several other media outlets. She has a four-year-old daughter; her husband is an artist and a museum consultant who works for contractors at various museums across the country. He also runs his own Web design business. […] 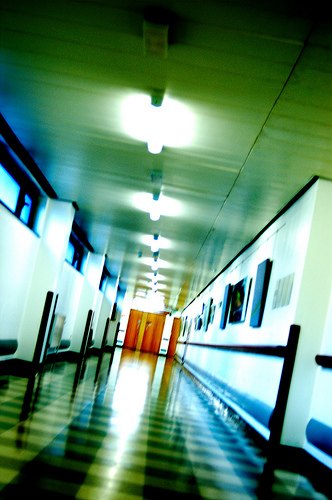