Can treating a sinus infection land you in jail? If an obscure law enacted as part of the USA PATRIOT ACT were strictly enforced, the answer would be “yes.”

In March of 2006 the Combat Methamphetamine Epidemic Act of 2005 was incorporated into the PATRIOT Act. The act banned over-the-counter sales of any medicines containing the ingredient pseudoephedrine, according to the U.S. Food and Drug Administration Web site.

The law was put into place to prevent people from using the drugs to make methamphetamine, but has really made it harder for citizens to purchase over-the-counter products such as Claritin-D (a brand name allergy medication) or other popular brands of decongestants that contain pseudoephedrine. According to the Web site for the Food and Drug Administration, “pseudoephedrine is a drug found in both prescription and over-the-counter products used to relieve nasal or sinus congestion caused by the common cold, sinusitis, hay fever and other respiratory allergies.”

According to Mark Quackenbush, a local pharmacy owner and pharmacist in Greene County, the law is going to prompt dealers to get methamphetamine by other means, like importation. He said, “We need to treat the addicts, not ban cold products.”

The process to buy a product with pseudoephedrine is long and cumbersome. Pharmacies must keep a written or electronic log of every pseudoephedrine product that leaves the store. The log must contain the purchaser’s signature, name and address, the date and time of sale, the name of the product sold and the quantity sold.

With all this information that must be taken, a photo I.D. is also required to make sure customers are not lying about their identities.

Pharmacist Laurie Govel feels that while the process to purchase a product with pseudoephedrine is time consuming, it can be a good conversation starter. She hopes that it will “discourage those who misuse the products.”

According to the DEA Web site, every employee that sells products with pseudoephedrine in it must take a self certification test in order to prove they know all of the requirements for customers to purchase these products.

The problem that remains with the pseudoephedrine logbooks is that employees write down customers’ information, but do they check if the customers are buying too much pseudoephedrine in one day or in one month? Also, there are no connecting logs between pharmacies so there is no way to stop a person from going from one pharmacy to another buying as many of these products as he or she wants.

Quackenbush says that while he’s aware of what goes on in his pharmacy, other employees don’t check the logbook. On the days he is not the resident pharmacist who is there to make sure the proper quantities are being sold?

Govel said that a few weeks ago, a bored pharmacist in her pharmacy checked the logbook to see if there had been any illegal transactions. This is not, however, a regular practice in her pharmacy.

The country is concerned with methamphetamine becoming widespread but there has been no follow up in the law against selling over-the-counter products with pseudoephedrine in it. There are other ways to import methamphetamine into the country, and as Govel says, “Laws usually only affect law-abiding citizens.”

Thu Feb 19 , 2009
By Pierce Lydon It’s the summer. You’re 19 years old and you’re at a youth conference in Indiana with your brother. They are having an open mic night and you think this would be a great time to show a few kids some of the stuff the two of you […] 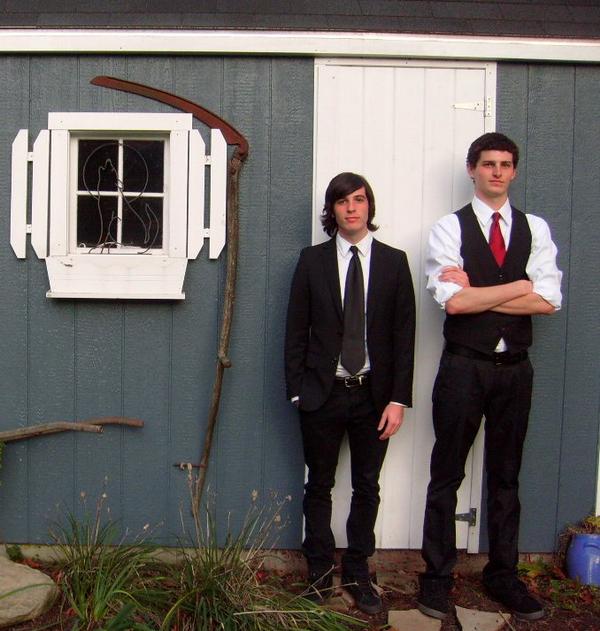