On October 17, 2012, SUNY New Paltz opened its first-ever food pantry on campus when Pastor Dianna Smith transformed her office on the third floor of the Student Union to an open door policy food resource to students.

Last April, Pastor Smith held a focus group of about 30 students in the Student Union where they were asked to fill out a questionnaire regarding a variety of issues. She found that the most common issue was the section titled “Eating;” her data showed that 18 out of 30 students were dealing with issues mainly due to a lack of food.

According to a report by the Center for Research, Regional Education, and Outreach (CRREO), approximately three in every 20 Ulster County residents, and nearly one in five children at times lacks access to adequate nutritional needs.

The majority of the students that Pastor Smith encountered were on meal plans but still not getting enough to eat. She said she was approached by students worrying about how they were going to get their next meal and not being able to make ends meet. She decided to take action.

Pastor Smith’s office in Student Union 322, also known as the Christian Center, was being used for storage and so she decided to put the space to good use. Pastor Smith reached out to the maintenance staff to ask if they would help her clear out a section of her office in order to install some shelving. They willingly accepted. Smith applied for a grant through the Lutheran Campus Ministries in order to fund the shelving units.

Then she reached out to her fellow faculty and staff members.

“They were great, they were the first people to donate,” Smith said. Local churches put together a weekly food pantry box, which helped supply her mission. She was also one of the beneficiaries for the campus “Make A Difference Day.”

Pastor Smith’s food pantry is currently open on the first and third Wednesday of every month from 1 p.m. to 3 p.m.

Within the first five times of being open, Pastor Smith had visits from 16 students. She said she was surprised that the majority of the students that came were students who lived on campus and did not have an unlimited meal plan. Some off-campus students visited her office, but Pastor Smith believes the reason that more of them haven’t come is because they simply don’t know about the service. That community was the reason she started the food pantry in the first place.

Students may come each week to receive food. She has an open door policy in terms of welcoming people.

There are good food pantries in town, according to Pastor Smith, but there are stigmas attached to them. Students may feel embarrassed or ashamed to go there. The food pantry in the Student Union is very private, a student may come and go, no questions asked.

Pastor Smith has come across students who work multiple jobs with an incredible course load. Mixing that with hunger is a recipe for disaster, she said.

Evelyn Gezo, the campus dietitian, explained the short term and long-term effects of not maintaining a proper diet. In the short term, not consuming enough calories could result in not having enough energy for bodily functions such as cellular repair. This could lead to weight loss, psychological depression, high blood pressure, and inflammation, Gezo said.

According to Gezo, common food pantry items like non-perishables have a high sodium content, are low in fiber, and may be high in fat. The long-term effects of eating high fat foods may result in high cholesterol, cardiac disease, high triglyceride levels, obesity, and diabetes.

Gezo’s main concern is that the food that is available in the food pantry isn’t the healthiest option. Gezo suggest that students using this resource will schedule an appointment with her so she can advise them with a nutritious diet possible with what’s available to them.

“No one should go hungry. I try to make it as easy and inviting as possible,” Smith said.

Donations to the pantry can be made while the pantry is open. Some items in high demand are granola bars, cereal, quick meals in a can such as ravioli, canned fruit, and chicken noodle soup. 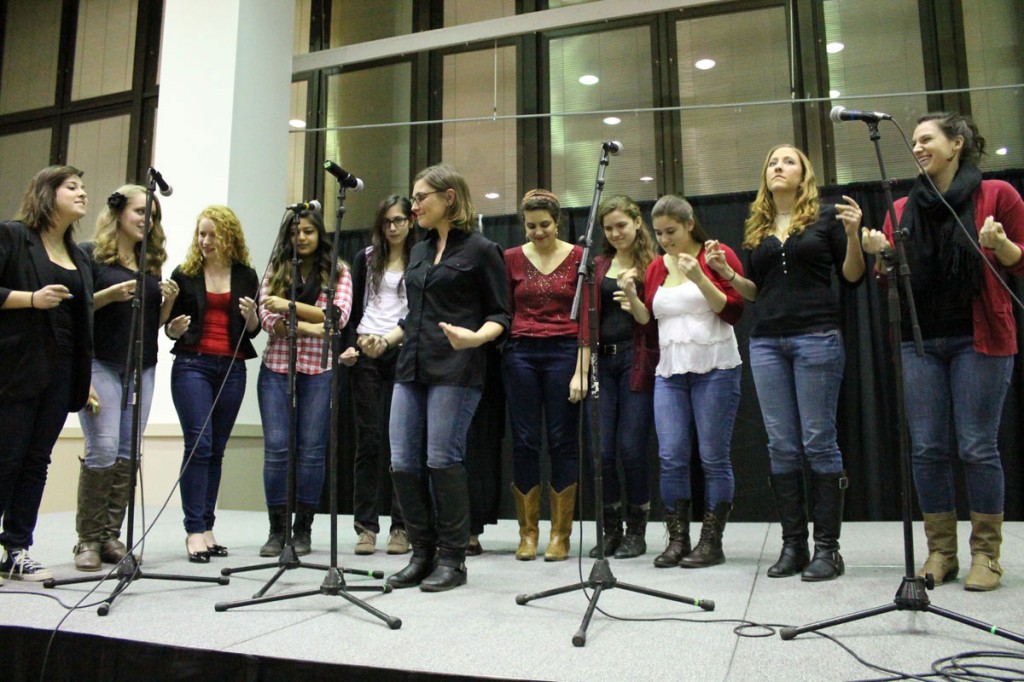