Before Brian Dyroff can answer a question, he has to pull his earplugs out. With a pinch in each ear, he eases out two small purple pieces of foam, shaped like miniature grain silos. The earplugs go into a small plastic carrying case that he slips into his pocket.

But he can’t talk yet.

Passing 14 rows of bookshelves, Dyroff spryly heads through a door that leads to the main stairwell of Sojourner Truth Library. When he lets go of the knob, the harsh click reverberates around the room.

“We can talk here,” he says to a reporter.

Brian Dyroff, 22, an electrical engineering major at SUNY New Paltz, had been studying in the “Quiet Study Area” of the library, a section on the ground floor specifically designated for silence. It’s a needed retreat for students trying to escape the noise that exists everywhere else on campus.

Dyroff, who studies here for four or five hours at a time, relies on this area to get his readings done.

“The library is pretty much the only place I study,” says Dyroff. “I don’t really do that much studying in my dorm room.”

He’s not alone. Jaime Prisco, 21, a journalism student, sat and wrote a marathon of 10 pages in one sitting, taking advantage of the solitude that comes with being on a floor commonly referred to as a “dungeon.”

“It gets to be pretty lonely,” she said.

The Quiet Study Area’s “dungeon” nickname is not wholly unwarranted, especially at night. There’s the quiet and there’s the solitude, but there’s also the darkness. The lights above the bookshelves all around the ground floor are hooked up to motion sensors that only light up when you pass under then, conserving energy and money.

In the same vein, the Sojourner Truth Library started cutting its hours this semester. It now closes at 5 p.m. on Fridays, as opposed to 8 p.m. It might not seem like much, but it makes the time in the quiet area all the more precious.

This also makes the time when the quiet area isn’t quiet, all the more annoying.

The noisiness that occurs in the upper levels of the library can, at times, infiltrate the ground floor, mostly in the form of inconsiderate people. As some students walk down into the ground floor, the five signs reading “QUIET STUDY AREA” are sometimes ignored. This leads to the fairly common image of students splayed out on the couch snoring, or people on cell phones holding casual conversations.

But the unsigned social contract of silence being broken isn’t anything new to Dyroff, who lives in Scudder Hall, a supposed 24-hour quiet dorm that isn’t always so quiet.

“It’s the most consistently quiet part of the library,” says Dyroff. “But I put my earplugs in anyway.”

It’s not just the noise that bothers him. The earplugs prevent him from hearing anything. Anywhere else, noise is expected. But when it isn’t, the slow chewing of a potato chip can sound like nails inside a blender set on puree.

In the first weeks of the semester, the Quiet Study Area is mostly empty – the dungeon has no prisoners. That’ll likely change as students feel the brunt of mid-term and can’t find quiet anywhere else but a small, dimly lit space in a basement, tucked between bookshelves.

Spengin' the Underground: Breakfast in Fur

Thu Mar 31 , 2011
I asked my good buddy, Dean Engle, who co-runs the cassette record label Responsible Records, based in New Paltz, for some upcoming local releases. He turned me onto Breakfast in Fur, a five-piece ambient bedroom-pop band that is on the rise in the New Paltz scene, and who are gearing up to […] 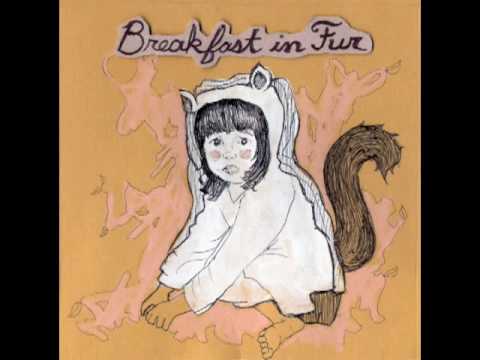