Nimble hands surf the racks of used and unwanted clothes at local thrift stores for one thing – the hidden treasure. Whether it’s a J.Crew cardigan for $4, or a BCBG dress for $7, thrift stores have many benefits for college students on a budget.

Gunsel Pelivan, a second-year digital media major, said she loves to shop for clothes and always goes to discount stores like Marshalls and T.J Maxx. The Salvation Army is also one of her favorites.

“People go there and donate really cool clothes that you can get for cheap,” she said. “So if you’re on a budget, why not go there to shop? Especially when you’re a college student that is kind of broke.”

According to the Association of Resale Professionals, the thrift-store industry has grown five percent in the past year. As the economy worsens, consumers, including college students, are turning to less expensive clothing.

Luckily, New Paltz has its very own Salvation Army on 61 North Chestnut St., just a couple blocks down from campus where students can buy clothes as well as donate them.

Buddy Riddel, 24, has been working at the Salvation Army in New Paltz for two years.

“Not only are the clothes super cheap, but it’s all still in style, oddly enough,” said McCambley.

Richards is the co-president of a new student club called Think Thrift, which buys its supplies for projects and events at thrift shops. The club hopes to spread awareness to students about the benefits of thrift shopping and do-it-yourself projects.

“I like it because it offers a variety of styles in one place,” she said of the local Salvation Army. “It’s also super cheap, which is great if you’re into do-it-yourself projects like I am. Sometimes it takes a few tries to get it right, which is okay if you’re using cheap clothes to try it out on.”

Richards’ club also does programs, like clothing swaps, where members bring old and unwanted clothing and exchange them with other members.

Alexa Gold, a second-year public relations major, has been thrifting since she was young. Gold is also an avid member of Think Thrift and enjoys the thrill of the clothing swaps the club has every month.

“It’s fun, it’s free, and you meet great people,” she said. “Everyone goes home with a bunch of stuff, even if they came empty handed.”

Gold also sells her clothes at her family’s annual yard sale, but also likes to trade her clothes at consignment stores like Beacon’s Closet in Brooklyn.

“I love thrifting because every trip to one of these stores feels like a trip to a treasure chest,” she said. “You just never know what awesome things you might find! You stumble upon brand name clothing for less than half the price, even though brands aren’t that important to me.”

Casey O’Connell, a second-year communications major, said his taste in clothes has changed from high school to college, making thrifting an option.

“In high school you always wanted to be on top of the trends that everyone else was following,” he said, “but since I’ve come to college, I’ve developed my own trends and could care less about the brand.”

Although brand names may not be as important, the quality of clothes plays a vital role in student’s choice of clothing.

Paige Schindler, a second-year business major, said she shops at stores like Urban Outfitters and H&M due to the quality of clothing.

She also said she is always on the lookout for coupon codes online to snag some good sales.

“The Salvation Army in New Paltz is great too,” Schindler said. “They are constantly getting new stock in, and you can always be sure to find something unique you wouldn’t be able to get anywhere else.”

One thought on “Second-Hand Duds Can Be First-Class Finds”

Video of the Week: What I Love About Winter

Thu Feb 21 , 2013
SUNY New Paltz students share how much they love winter and all of the tedious chores that comes with the season. Produced by Andrea Bauman. 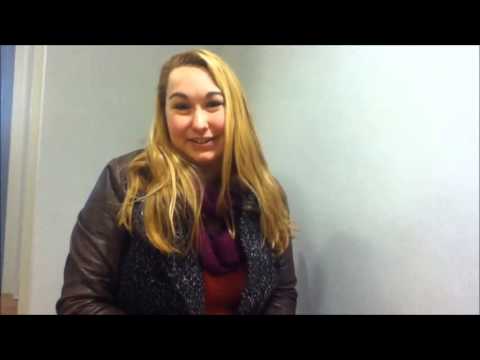