In a SLAPP lawsuit, an acronym for a “strategic lawsuit against public participation,” the plaintiff does not aim to win, necessarily, but instead bog down the defendant with excessive lawyer fees and time consuming legal processes. In some cases, repeated frivolous litigation against a defendant may raise the cost of liability insurance for that political party or organization, interfering with their ability to operate.

The bill that Gov. Cuomo signed into law allows victims of SLAPP suits to be awarded the associated legal fees if it was found to be “ initiated in bad faith — encouraging only meritorious litigation.”

Senator Brad Hoylman, the prime Senate sponsor of the bill, said, “With the signing of this bill, New York will have one of the strongest anti-SLAPP suit laws in the nation, protecting New Yorkers’ free speech from vindictive bullies.”

As of 2019, there are 30 states that have anti-SLAPP laws that make it difficult or unviable to pursue legal action in this way. These laws often function by allowing a defendant to file a motion to strike and/or dismiss on the grounds that the case involves protected speech on a matter of public concern. The plaintiff then bears the burden of showing a probability that they will prevail. If the plaintiffs fail to meet this burden, their claim is dismissed and the plaintiffs may be required to pay a penalty for bringing the case before a court.

The bill sponsored by Hoylman and Assemblywoman Helene Weinstein was initially introduced in 2019.

President Donald Trump and his administration have targeted critics with lawsuits that falsely accuse them of slander and defamation, perhaps prompting a sense of urgency to sign this bill into law.

Trump has famously pursued legal action against his critics in the past using SLAPP lawsuits. One notable lawsuit occurred a decade ago against journalist and author, Timothy O’Brien. While a reporter for The New York Times, he published a book, “TrumpNation: The Art of Being the Donald,” in 2005, which included information provided by sources close to Trump that his net worth was much lower than he claimed.

While Trump’s estimates of his wealth were upwards of $1 billion dollars, O’Brien estimated that Trump’s net worth was around $150 to $250 million. Trump ended up suing O’Brien for $5 billion.

Trump lost and later said in an interview, “I spent a couple of bucks on legal fees and they spent a whole lot more. I did it to make [O’Brien’s] life miserable, which I’m happy about.”

Another use of SLAPP lawsuits in recent history was when coal energy giant Bob Murray went after the popular comedian, John Oliver, for defamation. Murray was a major figure in coal energy for years and had been criticized for his denial of climate change. He was specifically suing Oliver over an episode of the show “Last Week Tonight” where Oliver criticized Murray’s treatment of his workers and his ties to Donald Trump.

Murray eventually lost the case but the damage was done, and Oliver stated in a later episode about Murray that the lawsuit cost Oliver over $200,000 in legal fees, and caused the show’s libel insurance premiums to triple in price.

Oliver noted that in his case, neither himself nor Murray live in West Virginia, which was where the lawsuit was filed, but West Virginia is one of the 20 states without SLAPP suit protection laws. Without a federal anti-SLAPP law it may be difficult to prevent these kinds of suits from coming to a complete stop.

Perhaps one of the most depraved uses of a SLAPP suit was a case brought forth by Green Group against citizen activists. A group of concerned citizens protested the building of a toxic coal dust landfill right near Uniontown, Alabama, where the median household income is $14,605. Green Group Holdings sued the citizens for $30 million claiming defamation. The American Civil Liberties Union (ACLU) stepped in to help the citizens overcome the lawsuit. Even if the lawsuits do not succeed in suing the defendants, they serve to scare future critics from speaking out against injustices committed by major corporations like Green Group, and pose a threat to citizens’ rights to free speech and assembly.

“The dangerous message that these lawsuits send is that criticism will cost you. Recent experience has shown that there is an increasing number of deep-pocketed individuals who have outrageously used New York’s court system as a means to harass New Yorkers who have publicly disagreed with them,” said Weinstein.

The bill’s justification explains that the original law in place to protect citizens from these types of lawsuits was not broad enough and did not work as intended. This new law will broaden the scope of the original legislation to include matters of public interest as well as to award defendants costs and fees if the court finds that the case has been initiated or pursued in bad faith.

In a press release Gov. Cuomo said, “I am proud to sign this legislation, which protects New Yorkers’ fundamental right to free speech without fear of harassment or bullying by those who happen to have more money than they do.”

This law and future legislation will hopefully reinforce the legislation in place to prevent SLAPPs from happening to journalists and citizens alike in the future.

How Dungeons and Dragons Brought Friends Together During COVID-19

Mon Dec 14 , 2020
In the world of COVID-19, keeping an active social circle can be hard. Lucky for one group, they’ve discovered a fantasyland that they can travel to at any time they want.  The land in question is the one of “Dungeons & Dragons,” a fantasy roleplaying game created in 1974 by […] 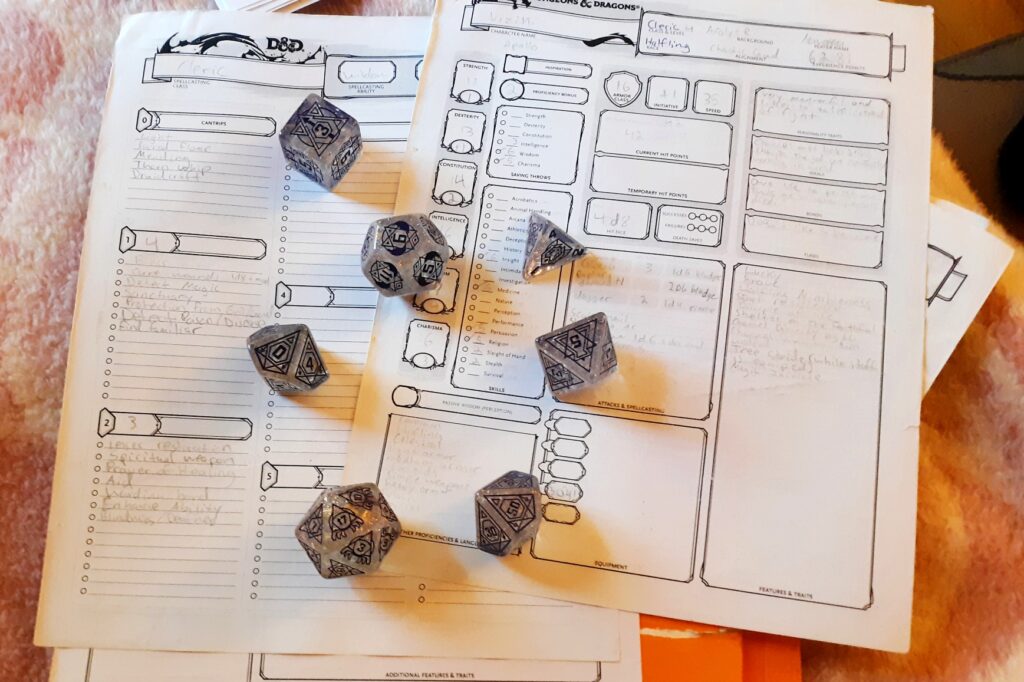