Students were welcomed by smiles and greetings from faculty members of the CRC, who stood behind a long rectangular table with an orange spread across it; pens and papers laid out on top for students, including a list of the more than 40 organizations recruiting for full-time positions and internships.

Among these recruiters were some SUNY New Paltz students and alumni.

New Paltz 2008 alumna, now Target recruiter, Jennifer Zwart said that when she was a student she didn’t really take advantage of resources that the campus has to offer.

“I went on a whim and it was a success,” said Zwart about attending the college’s networking fair as a student. She said she now attends each fair she can to help recruit for her company, as well as other career related events, such as interview prep sessions. “We’re just looking to hire great talent and leaders. Marine Captain and recruiter Geoffry A. Genna said that he’s attended the fair for three years.

“I love getting out and interacting with students,” he said.

Michael Wisdom, a fourth-year student and second year attendee, was glad he made it to the fair. Having visited at least six recruiter stations, Wisdom said he came to get a feel for the job market for a graduate with a psychology degree.

“I loved it. I feel that it’s not impossible (to get a job),” said Wisdom.

Student Advising Director of the CRC and Associate Dean Tonda Highley said that between 300 and 500 students attend the networking fairs, which are held twice a year, during the fall and spring semesters. Highley said the networking fairs are not the only career building events the CRC hosts. She said that the CRC has been able to keep track of student progress for those who get accepted by internships in which they receive academic credit, and that they reach out to school councilors to increase communication for students to have someone they can identify with.

Highley said that she recommends every student attend the career fairs, regardless to their major or what year they’re in.

“When you don’t think broader, you eliminate possibilities,” Highley said.

Thu Oct 27 , 2011
Halloween is fast approaching and it is my favorite time of year. I always wondered why I was fascinated by violence and gore in films and literature, but after hearing my father retell the story of my childhood decapitation phase I finally found my answer. When I was a small child I had […] 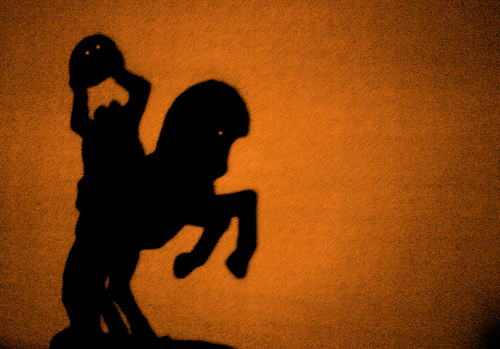