A war has been occurring in northern Uganda for the past 23 years, and it is now spreading into the Dominican Republic (DR) of the Congo and southern Sudan.  Its soldiers are children abducted from their homes and forced to fight as members of Joseph Kony’s Lord’s Resistance Army (LRA).

Invisible Children, an organization that uses film to inspire social action, has been working to save Kony’s child soldiers and bring peace to northern Uganda since 2003.  Its most recent effort, The Protection Plan, includes the construction of radio towers in the DR Congo and the creation of a rehabilitation center for children rescued from the LRA.

The Invisible Children Club here at SUNY New Paltz has been spreading awareness about the conflict between theLRAand the Ugandan Government (GoU) for the past three years.  Last Thursday the club hosted an event where they showed the most recent Invisible Children film, Tony.

“It‘s really important that you’re here tonight and willing to learn about a place that’s outside of New Paltz,” announced Lauren Brois, president of the SUNY New Paltz Chapter of Invisible Children.

Audience members fell absolutely silent as the story of Tony Bazilo, a child who had grown up in northern Uganda, was unveiled.  Tony had met Jason Russell and Laren Pool, co-founders of Invisible Children, when they first began working to end Kony’s reign.  When Tony came to America to tell his story in 2010, their friendship developed into a life-long commitment to all children in northern Uganda.

“I’m really pleased with the turn-out,” says Brois.  “I would estimate that we had about 200 people there.  I think that by simply coming to the event and learning about the issue, a change is made.  It’s sometimes easy to passively exist in the world, so simply recognizing a problem and considering possible solutions can help to generate positive change.”

Upcoming events on campus include:

March 14: Bouncing Cats, the inspiring story of one man’s attempt to create a better life for the children of Uganda using hip-hop, b-boy pop culture, and breakdance.  The event will begin at 7 p.m. in the Lecture Center, room 100.

April 25: 25, which invites students to “create a silence that will be heard around the world.”  Participants will be silent all day to raise money for The Invisible Children Protection Plan.

Thu Mar 17 , 2011
“Up to 24 million people of all ages and genders suffer from an eating disorder (anorexia, bulimia and binge eating disorder) in the U.S,” according to the National Association for Anorexia Nervosa and Associated Disorders.  This is almost 8 percent of the population. Emma Lagle, a second-year student at SUNY New […] 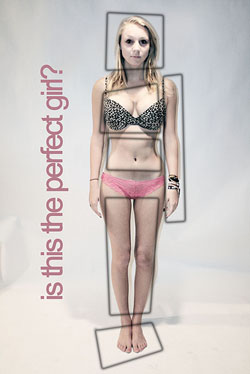