Republished with permission from The Legislative Gazette.

George Amedore Jr., New York Senator of the 46th District, has held office since 2014 but will not seek re-election this year. As a result, three candidates are on the ballot in a battle to occupy the vacant seat: Richard Amedure, Michelle Hinchey, and Robert Alft Jr. All of the candidates have expressed an interest in aiding regional economies if elected.

Hinchey is the candidate for the Democratic Party as well as the Working Families Party. Hinchey hails from Saugerties, New York. Her family has a history of working in elected offices as her late father, Maurice Hinchey, spent his career working as an assemblyman and congressman for the state of New York.

Amedure, a retired state trooper of 30 years, is the Republican candidate and is also on the ballot for the Conservative Party and the Independence Party. Amedure is a distant relative of the current senator of the 46th district George Amedore Jr.

Alft, a Voorheesville resident, is the candidate on the ballot for the Green Party. He does not have a campaign website, however he is active on Facebook. In a post Oct. 21, he mentioned his beliefs in the limitations for voters in a two-party system.

District 46 is located in the Hudson Valley and eastern Capital District and includes Montgomery, Schenectady, Greene, Albany and Ulster counties. The major industries of the region include agriculture, winemaking, and technology, giving the region the nickname “Tech Valley.”

The district has voted Republican since 2014. Last election in 2018, Senator Amedore received 68,259 votes which was 14,143 more than his opponent at the time, Pat Courtney Strong. There are 69,054 active registered Democrats, 52,270 active registered Republicans and 50,581 active voters within the district that are not affiliated with any political party.

Both Hinchey and Amedure have stated in their campaign videos that they want to aid family farms and local businesses. However, the approach of each candidate is likely to be different due to their opposing political beliefs.

Candidate Hinchey has stated she wishes to bring better paying jobs to the region. In response to the fact that many young people leave the region in search of economic success, Hinchey hopes to bolster the local economy. Hinchey aims to create better pathways to economic security in order to encourage the younger population to stay.

Hinchey incorporates two of her main platforms, environmental conservation and climate change, into her economic plans. She has stated on her campaign website that she wants to bring more green and renewable energy industries to the area.

Hinchey has expressed her support for local businesses. For example, Hinchey posted on Facebook Saturday, Sept. 26 in celebration of National Small Business Week. The post highlighted various local businesses in the region, one of which was Benson Steel, a local manufacturing company in Hinchey’s hometown of Saugerties. In this post Hinchey expresses a need to invest in small businesses in order to provide better paying local jobs.

Hinchey also has emphasized the importance of buying local to support family farms.

Hinchey believes in the need to improve our healthcare system. Her campaign website expresses her belief that quality healthcare is a human right that should be affordable. She hopes to ensure that medical bills won’t cause local families to go broke. Hinchey plans to do this by lowering the price of prescription drugs in order to ensure that families don’t have to decide between medicine and meals. In regards to healthcare workers Hinchey hopes to give them better chances for advancement and more reliable earnings.

During a debate on Oct. 13 between the three candidates Hinchey stated, “we need to invest fully in green jobs. They cover white collar jobs and blue collar jobs.”

Hinchey also stated that the district government needs to work better with unions and have better ties with BOCES and high school programs during the debate.

Candidate Amedure has stated in his campaign video that he is an advocate for small businesses.

Amedure is also the owner of a small farm and will likely look out for the interest of small family farms.

During the debate Amedure expressed a need to stop putting so many regulations on local farmers. He gave the example of farmers having to pay migrant laborers overtime for working over 60 hours a week.

Amedure expressed a need to make an environment where people stay and that businesses will invest. He also stated “we need to put less taxation on local, small businesses.”

The Legislative Gazette has reached out to Hinchey and Amedure requesting an interview in order to ask for specifics on their plans. The requests have not received any responses.

During the debate Alft stated, “we need good paying jobs. We need to boost up the local economies. That’ll bring about the economic revitalization that our district needs so much.”

Alft has stressed the importance of the Green New Deal. He also expressed a need to focus on family farms and small producers and to take emphasis away from factory farming.

Alft has also expressed the importance of getting the money from billionaires back down to local economies. He said that large corporate entities, such as Walmart, deplete small towns and small businesses of wealth.

Early voting has already begun in New York and will continue until Nov. 1. Election Day is Tuesday, Nov. 3.

Smythe Takes on Serino to Represent the Mid-Hudson Valley 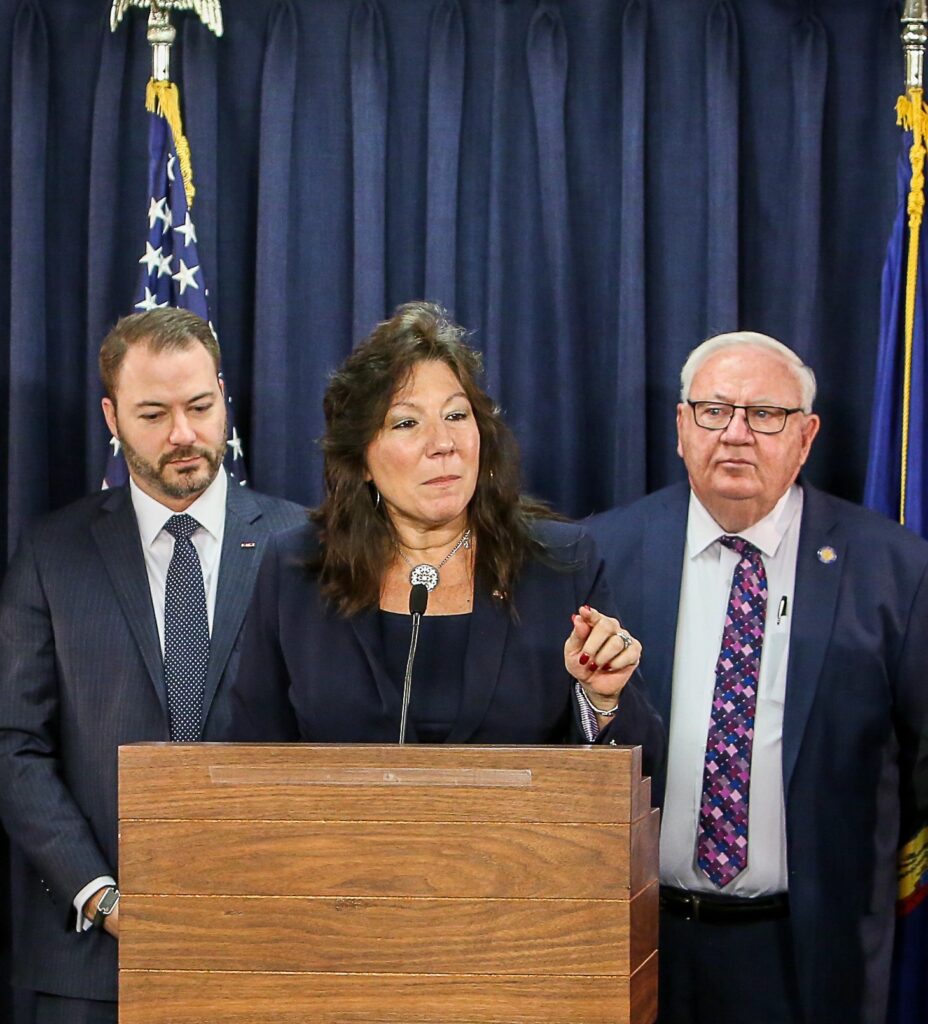