The creation of printed plastic handguns has once again turned the spotlight on gun control. It is simply not allowed in SUNY New Paltz 3D printing lab, the manager says.

“Every file that comes into the center, our interns physically look at what the part is,” Nelson said.

The battle over the plastic gun kicked off in 2013 when the Department of State shut down Defense Distributed, a Texas-based organization, for its plans to release the printing directions for a 3D printed gun on the internet. The State Department rejected the plan in the name of the gun export law.

Three months ago, the State Department changed the ruling and confirmed the settlement to allow Defense Distributed to release the detailed instructions for  3D printed guns online, starting on Aug. 1.

The decision displeased 19 states across the nation. New York, New Jersey, Oregon and Pennsylvania soon filed a lawsuit against the settlement. 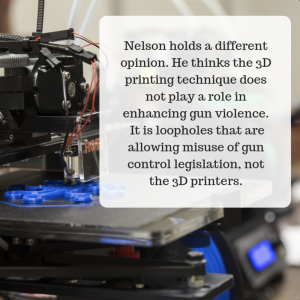 U.S. Sen. Chuck Schumer of New York immediately demanded a reversal of the decision with the justification of protecting public security.

“This online site shows you how, at your home, with a simple 3D printer, you can make a plastic AR-15, an AR-10, very dangerous semi-automatic assault-style weapons out of plastic in your own basement,” Schumer said in a press conference on July 22.

Schumer also warned that the 3D manuals for these “untraceable” and “undetectable” guns would provide unlimited access to people who cannot legally purchase firearms.

“The danger that could happen can be enormous, to have crazy people have easy access, to have terrorists have easy access to this kind of website and allow them to make plastic AR-15s undetected — so-called the ghost guns,” Schumer said.

Nelson holds a different opinion. He thinks the 3D printing technique does not play a role in enhancing gun violence.  It is loopholes that are allowing misuse of gun control legislation, not the 3D printers.

The Hudson Valley Advanced Manufacturing Center (HVAMC) at SUNY New Paltz, better known as the 3D printing lab, started five years ago. It provides 3D printing services to all students and faculty as well as about 250 clients in the Hudson Valley, according to Nelson.

Nelson said there have been people sending requests to print components that look like firearms to the HVAMC, but the lab has turned down the printing requests.

“The closest thing we’ve had is a student sending in replacement parts for Nerf pistols,” Nelson said. “We won’t even print those because I don’t want to be liable for somebody putting somebody’s eyes out.”

However, there are exceptions for printing plastic guns in the center. Nelson placed an example if a student from the theater department asks to print a 3D gun as a needed prop, the lab would put the request into consideration.

“We would print it as long as we had verbal confirmation from a professor that this is sanctioned activity by the student,” Nelson said.

How This Vegan Farm Saves Animals and Ignites Change

Tue Feb 26 , 2019
The elusive farm where suffering animals go to live and that parents have been telling their children about for ages actually exists and can be found in the Hudson Valley. Although you probably won’t find your childhood pet at Catskill Animal Sanctuary, you’ll come face to face with 300 farm […] 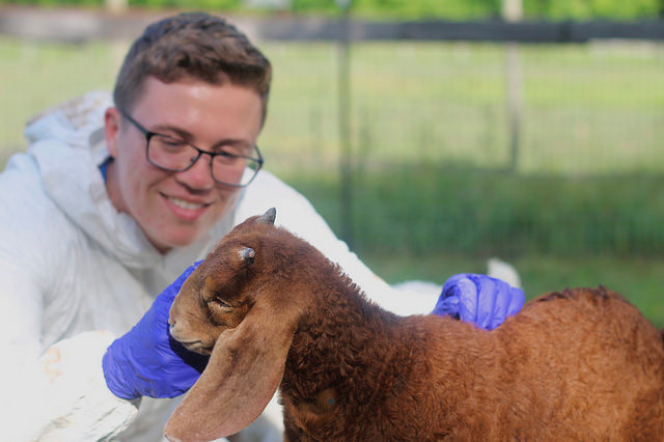