Eve Stern, a second-year student at SUNY New Paltz, said at the April 14 meeting that a section of the proposed law that would require a permit from the village board to hold outdoor events including protests. Stern said the law left too much to the discretion of the village board and called for the law to be completely rewritten.

“I should be able to go, stand on a corner and protest at anytime,” said Village Trustee Brian Kimbiz.

“My problem is I’ve been too tolerant for too long. The noise is too loud, for too long,” said Rushmore. “I want the strongest possible law put into place.”

Thursday’s meeting was part of a draft revision, which, among other things, would create a single comprehensive noise law for both the town and village of New Paltz. A letter to the New Paltz Village Board of Trustees and town council members from the joint Village and Town of New Paltz task force on Quality of Life Issues explained the current noise law in the village “is not easily enforceable and while noise is not a ‘hot’ issue, the town’s noise law is also open to subjective interpretation.”

The letter also stated that noise emanating from bars and house parties were the biggest complaint from citizens.

Kimbiz has different views on the proposed changes. He agreed the current law is hard to enforce because it is too vague. However, he thinks the proposed changes could go as far as infringing on civil rights and is “out to target one section of the New Paltz population,” namely students.

Kimbiz cited a section of the law that would give New Paltz police the power to arrest without warrant and said such a clause could be subject to possible abuse by those in power.

The legislation’s definition cites unreasonable noise as “any unusually loud sound which either annoys or disturbs the comfort, repose, health, peace or safety of a reasonable person of normal sensibilities.”

New Paltz Mayor Terry Dungan supported most of the proposed changes, but noted certain aspects still need revision. He called New Paltz a magnet for youth culture in the area and said while he is concerned the revisions to the law might be divisive, it is not directly aimed toward students.

“When you think about one individual just passing by they are only loud for a short time,” said Dungan. “However, when this goes on all night, over time it becomes a nuisance.”

The current draft of the law allows for the use of a decibel reader, but it is not required.

Bobby Downs, owner of the Oasis Café and Cabaloosa’s, bars that often feature live bands, called the law arbitrary and capricious and did not think it would be enforceable. Furthermore, Downs said the law would easily be overturned in court.

“A guy like me will defeat this law, not because I want to, but because I have to,” he said.

Downs’s chief concern was a clause in the noise law which addresses decibel reading at a distance. He said the current draft, which requires a decibel level of 50 at a distance of 50 feet for bars, was unfeasible.

Fifty decibels is close to the sound produced by an average conversation, whereas a normal rock concert is equivalent to 115 decibels.

At the end of the discussion period, the board voted to allow the village task force to rework its proposed law to include suggestions from the meeting. This included clearer language, designated quiet hours, the issue of distance and decibel levels and an alternative to the fines.

“Basically, neighbors need to look out for each other,” Dungan said. “If you’re nice to your neighbors, the noise law won’t make any difference in how you live.”

Sat May 1 , 2010
There I was, standing at the starting line with my iPod on pause and a lemon-lime Gatorade clenched in my left hand. Not in a million years did I ever think I would partake in the 5K run, Miles of Hope for Breast Cancer. I was suddenly transported back to […] 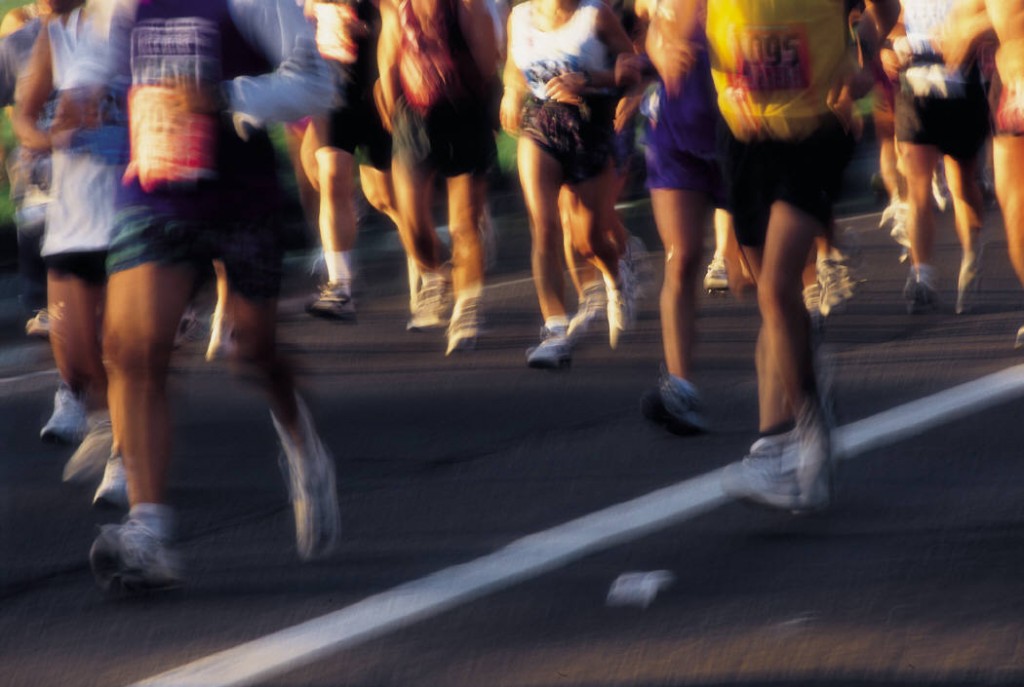