The elusive farm where suffering animals go to live and that parents have been telling their children about for ages actually exists and can be found in the Hudson Valley. Although you probably won’t find your childhood pet at Catskill Animal Sanctuary, you’ll come face to face with 300 farm animals rescued from the cruelty of industrial factory farms.

Since its conception in 2001, Catskill Animal Sanctuary has rescued over 4,000 farm animals, providing them with a safe haven and the opportunity to find loving homes. The Sanctuary’s mission is simple: to rescue farm animals, ignite social change to end their exploration and champion vegan living.

The 148-acre refuge in Saugerties is currently home to 11 species of animals relieved of cruelty, neglect and abandonment, including two baby goats. Leo, born blind and deaf, and Alice, rejected by her mother, faced slaughter because their farmer believed that taking care of them would be more trouble than they were worth. Catskill Animal Sanctuary took in the kids, giving them the freedom to run and play free from ill treatment or the threat of death.

“Pigs, chickens, cows, turkeys and ducks are as individual as you and I; experience joy, comfort, pain and fear similarly to humans, and want to live their lives on their own terms, as do we,” said the Sanctuary’s Elana Kirshenbaum. “While the vast majority of people oppose animal cruelty, when we choose to eat chickens, cows, pigs and other feeling beings, we subject them to a level of suffering from birth to death that no one would would wish upon another living being,” added Kirshenbaum, manager of the Sanctuary’s New Leaf Program, an initiative created to promote veganism by matching novices with experienced mentors.

Catskill Animal Sanctuary aims to support 200,000 vegans by 2021 through the New Leaf program by proving the various benefits of veganism, starting with the end to animal suffering. Many marketing labels mislead the public in an effort to alleviate the guilt that accompanies consuming meat. “Cage free” implies that the animals were treated well during their lifetime, but it merely means that they were not confined to cages. The claim doesn’t promise that the animals had access to the outdoors, or that they had adequate living conditions. Consumer demand of the meat industry and the exploitation of animals run parallel to one another; Catskill Animal Sanctuary aims to decrease the financial support of slaughterhouses, therefore doing their part to diminish the suffering of the animals.

Veganism not only saves the lives of farm animals, but also provides many health benefits for the consumer. The Physicians Committee for Responsible Medicine maintains that a vegan-based diet can prevent and reverse heart disease, improve cholesterol levels, lower blood pressure, as well as reduce the risk of contracting other diseases such as cancer, osteoporosis, diabetes, kidney disease, hypertension and obesity. Additionally, veganism also has the bonus of healing our ailing planet in a myriad of ways. The United Nations encouraged the vegan movement after the discovery of the global benefits, such as water conservation, reduction of energy consumption, air purification, decrease in world hunger and more.

Leading a vegan lifestyle is not limited to diet, but also extends to choices in clothing, cosmetics, toiletries and cleaning products. Animals face exploitation in the manufacturing of these products, as well as in entertainment industries, such a circuses, aquariums and some zoos. Understanding that traditional methods of living, including diet and commodity choices, are often linked to animal violence and thus making the conscious decision to change can be difficult for some, Kirshenbaum acknowledges. The New Leaf mentorship program aims to make the transition as easy and healthy as possible. Many aspiring vegans fail because they are alone and uneducated, but a mentor helps to keep the novices on track. Catskill Animal Sanctuary provides a mentor, education, recipes, support and advice as well as a community with a common goal.

“Every dollar that is not spent supporting violence towards animals is a vote for the kind of world we want to have,” Kirshenbaum said. “Living vegan is an opportunity to re-align your life choices to reflect your respect for all life and the planet.”

Becoming the Light of the Play

Wed Feb 27 , 2019
“For Colored Girls Who Have Considered Suicide When The Rainbow Is Enuf” tells the story of seven women of color who find unity through the shared oppression of a racist and sexist society to form a sisterhood through stories of love, empowerment, struggle and loss. The play will be performed […] 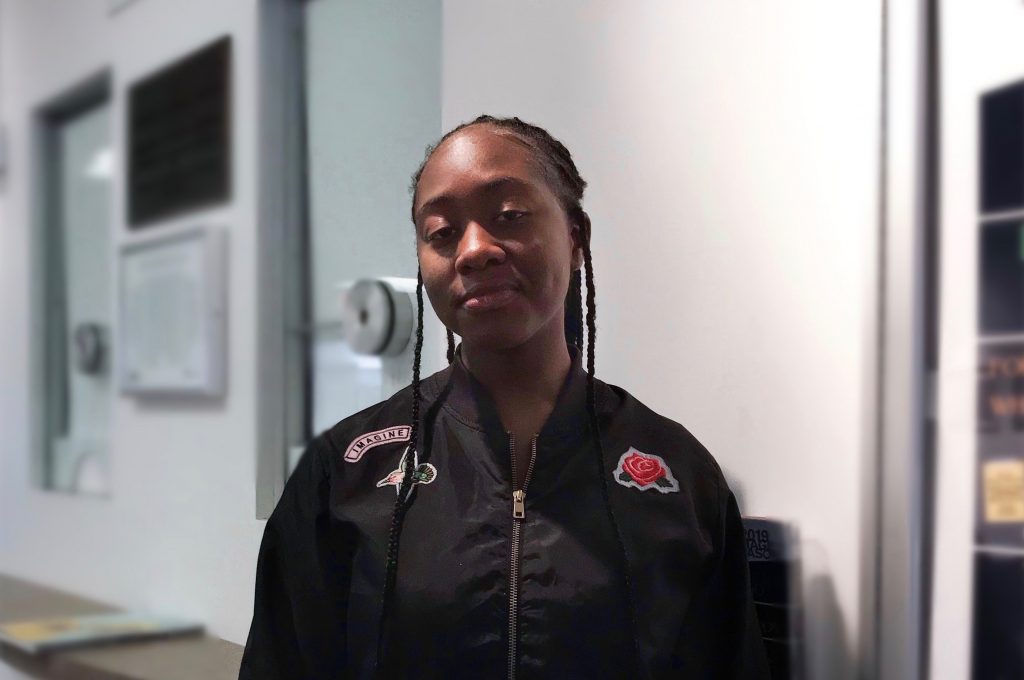