According to the RecycleMania website, the cumulative green house gas reduction for SUNY New Paltz in 2012 is 24 metric tons of CO2 equivalents. That’s equal to 13 cars on the road or the energy consumptions of six households.

In the past, Scudder Hall has come close to winning but this is the first time it came out on top.

“The secret to Scudder’s victory was the RA sponsored programs and the enthusiasm of the residents,” said Robert Moysey, Resident Director of Scudder Hall. “The money will be split up between the resident advisors and hall government for future programs.”

The SUNY New Paltz Recycle Club is responsible for organizing the RecycleMania challenge on campus. Kelly Drummond, a third-year secondary education major with a concentration in earth science, served as this year’s recycling coordinator.

The recycling coordinator’s position involves awareness and education about how to properly recycle and what is allowed, and what is not, said Drummond. This also extends to composting and the Terracycle program. Terracycle, a nation-wide program, was brought to SUNY New Paltz during the fall 2011 semester.

Terracycle is a company that sponsors the recycling of items that are not usually recycled such as chip bags, candy wrappers and drink pouches. Each bag saved was worth $0.02 and was donated to charities on the Terracycle website.  Through recycling items that are usually thrown away, Terracycle has raised over $3 million for charity.

“This year’s RecyleMania had the highest recycling rates [which were] at times actually double the rates of last year,” said Drummond.” I think this shows how much recycling is recognized on this campus and how committed students are to helping the environment.”

According to the website, Recyclemania started in 2001 as a challenge between Ohio University and Miami University. The schools’ two recycling coordinators were looking for a way to motivate students to recycle more.  The school used their sports rivalry as a foundation to start the first RecycleMania challenges.

Miami University won with a total of 41.2 lbs. per person beating out Ohio University, which had collected 32.6 lbs. per person.  The following year other universities were invited to join the completion and it has grown ever since.

The RecycleMania results are available online.

Anti-Socialites Create a Niche in Club

Thu Apr 26 , 2012
Why do we join clubs? Some students do it because of a specific interest, such as a sport, activism, gaming, or just to practice a hobby. Students also join clubs and campus organizations to socialize with people who share a common interest. Clubs may make up entire social circles or […] 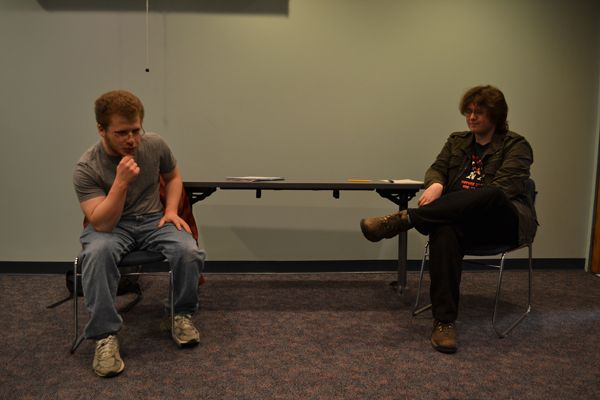