In August 2008, the Harold Independent School District in northern Texas announced that it was considering allowing certain teachers to carry concealed weapons during school hours. The small school with a little more than 100 students said it was to prevent violence, although they have never had an incident. The teachers carrying guns would be licensed and trained to handle situations during which they would possibly need to use the weapons.

“I would definitely not feel comfortable carrying a gun in school,” said Beth Colebeck, an elementary education major at the State University of New York at New Paltz. “What if a teacher doesn’t know how to handle a situation? They would just pull out their gun? I think it would only give students the idea to bring their own guns.”

Many people have had similar reactions to Colebeck. The announcement however, comes in response to the violence in schools over the past few years- Virginia Tech in 2007, when 32 people were killed on a college campus, and Columbine High School in 1999, when 12 students and a teacher were killed.

These are two of the most commonly known incidents. And they raised the inevitable question: if America had tighter control over guns, could such incidents have been prevented? Or do more guns make such violence less likely?

The debate, which has divided Americans for over three decades, is rooted in the Constitution’s Second Amendment which states: “A well regulated Militia, being necessary to the security of a Free State, the right of the people to keep and bear Arms, shall not be infringed.”

With President Barack Obama in office, it is uncertain which way gun control will fall over the next four years.

“I think it’s important for us to recognize that we’ve got a tradition of handgun ownership and gun ownership generally,” Obama said, according to Ontheissues.org. “And a lot of law-abiding citizens use it for hunting, for sportsmanship and for protecting their families. We also have violence on the streets that is the result of illegal handgun usage. And so I think there is nothing wrong with a community saying we are going to take those illegal handguns off the streets.”

In Robert J. Spitzer’s book “The Politics of Gun Control” he said, “At its heart, the gun debate is a question about the relationship between the citizen, the state’s power to regulate, and the maintenance of public order.”

In Fall 2008, the Supreme Court decision in District of Columbia v. Heller declared that citizens have a right to own private weapons. This decision seems to put to rest a long debate over whether the Second Amendment means that all citizens have the right to own firearms or only those who are part of a militia. But with the decision comes the uncertainty of restrictions.

Most gun control regulations are state laws. Organizations such as The Brady Campaign, which is opposed to guns, and The National Rifle Association (NRA), a strong pro-gun advocate, lobby to bring gun control to a level they feel is most appropriate on both a national level and for individual states.

The Brady Campaign’s main goal is to get illegal guns off of the streets. The NRA believes that the guns are not the issue, but the people who use guns in an illegal way are. Though both groups agree that there needs to be a middle ground, it would be impossible to remove all guns from society. They say there should be restrictions on who owns guns.

Ashley Varner, a spokesperson for the NRA, said that the law-abiding citizens are not the ones who should be restricted.

“We need to target the criminal and get them off of the street, that is how you lower crime,” Varner said. “When you give the good people the ability to protect themselves and their family and you let criminals know they are going to pay big-time for their crimes they will start to think. When criminals think twice before they commit a crime, everyone benefits.”

The Brady Campaign does agree that violent criminals need to be off of the streets, but if gun control laws are strengthened and enforced, it will be more difficult for people who are not or should not be able to legally obtain guns to get them.

Brady Campaign spokesman Doug Pennington said in a phone interview that 17 states have strengthened gun laws, with New York being one of them.

“New York is one of seven states that require background checks for all purchases and gun shows. It’s a start, but there are still 33 states that need to take action against these loopholes,” he said.

California and Rhode Island are two states that have topped New York by requiring every sale of a firearm to be checked.

“If you want to sell your gun to your neighbor, you have to find a licensed dealer to do a background check,” said Pennington, who also said he feels these laws should be adopted in more areas.

Shannon Dunham is a card-carrying member of the NRA. She grew up hunting with her family and now hunts with her husband on their property in Ulster County. She believes that it should be more difficult for people to obtain guns, but people who are using them for the right things, such as protection and hunting, should be allowed to have them.

“You should have to prove why you need a gun, but that gun shouldn’t be a semiautomatic,” Dunham said. “What do people need semi’s for, other than something that isn’t legal?”

In 1994, the Violent Crime Control and Law Enforcement Act was passed. The act banned all sales of new semi-automatic weapons to civilians for 10 years. The ban expired in 2004, and in 2007 Carolyn McCarthy presented a bill that would renew the ban for another 10 years. Glenn Doty, of Montgomery, N.Y., is an antique gun collector and licensed gun seller. “Most people think of guns as things the bad guys used to hurt people,” Doty said. “They are also investments.”

Doty has owned many guns that have gone up in value by thousands of dollars in the short time that he had them.

Doty attends gun shows regularly, where he shows and sells his antiques. He has had only one background check come back informing him he cannot sell the gun to the individual.

The NRA believes that many Americans push for stricter gun control because of their own fears of guns.

“It’s a scary thing if you don’t know how to use something,” Varner explained. “Driving a stick shift is pretty intimidating to someone who doesn’t know how to use it. But when you learn, it opens up a door of opportunities. You would have more options in choosing a car, you would be comfortable in that type of car and you could drive that type of car if there were an emergency.”

Varner said that if people educate themselves and learn to look at a firearm as a tool rather than a weapon they could pick up a new hobby, learn a new skill and feel a sense of empowerment.

“Crime is a human problem,” Varner said. “If you only target the firearms, crime doesn’t decrease.”

Mary Leary, a Democrat, is an art adjunct professor at SUNY New Paltz and said she has a moderate view on the topic of gun control.

“When they are used to catch food, it’s great!” Leary said. “But if guns are outlawed, only outlaws would have them.”

Fri Mar 20 , 2009
Presidents generally don’t get a break. The comment President Obama made while sitting on Jay Leno’s couch about his bowling being “…like the Special Olympics or something,” encouraged yet another knee-jerk reaction from the media. His comment was unprofessional and unnecessary and he immediately apologized for it. Ever since Obama […] 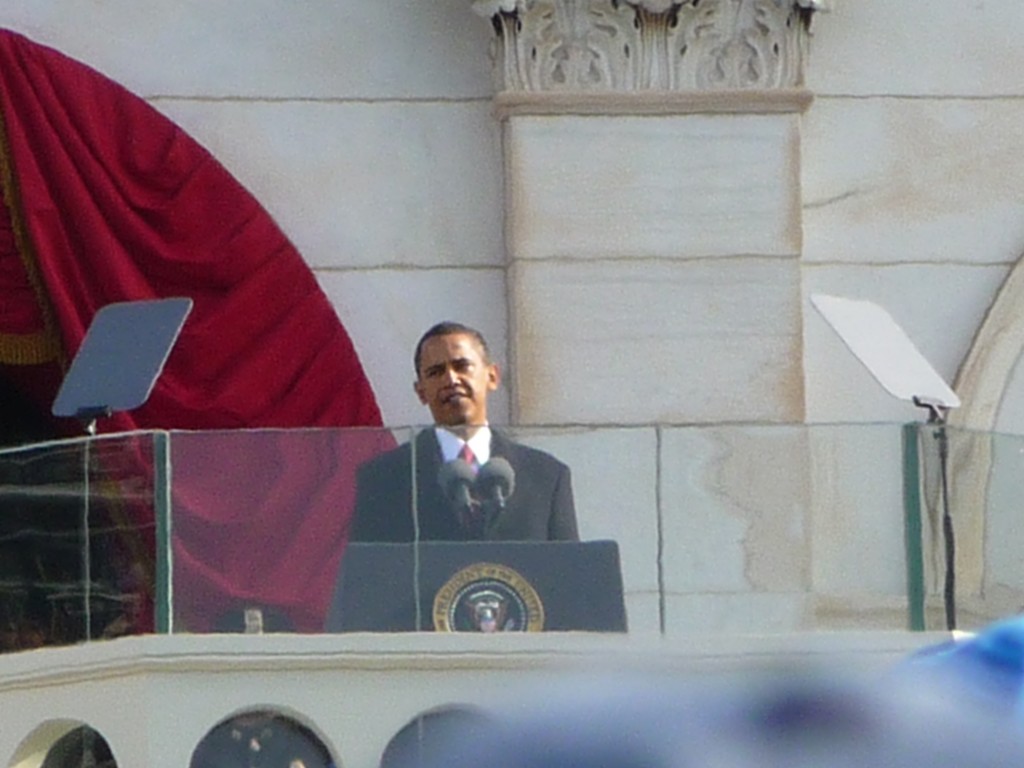