Presidents generally don’t get a break. The comment President Obama made while sitting on Jay Leno’s couch about his bowling being “…like the Special Olympics or something,” encouraged yet another knee-jerk reaction from the media. His comment was unprofessional and unnecessary and he immediately apologized for it.

Ever since Obama became a public figure and the 44th President of the United States, the media has constantly tried to persuade Americans that he is indeed incompetent. During his campaign, they tried to prove that he was Muslim and a racist because of the controversial comments made by his former pastor. They said he was unpatriotic, inexperienced and too young.

People believe the president must be professional at all times, shouldn’t smile for the cameras and should create miracles at the drop of a dime. Obama has been dodging jabs ever since he mentioned possibly running for the presidency.

I’ve heard plenty of people say that the United States of America is not ready for an African-American commander-in-chief. They linked him to being in an alliance with terrorists. As we know, race discrimination will always be an issue, but now I think people might want to be careful of the names that they choose for their kids.

“I voted for Obama because I believe that he is qualified. This country needs someone that will communicate with the people. People must remember that he is human and shouldn’t expect perfection from him,” said Gophi LaBaze, a senior at SUNY New Paltz.

The media is always watching Obama, just waiting for his next fumble. The issue is that people are impatient. People are either obsessed or annoyed with President Obama, but either way, everyone seems to expect wonders.

He plays basketball, he cracks jokes, he does the fist-bump, he dances and he got a dog for the White House. So what? He was human before becoming president and everyone knew that, so why should he suddenly stiffen up?

“People are treating him as if he’s a superhuman. President or not president, he will make mistakes,” LaBaze said. “I also don’t believe that joke has anything to do with what he’s capable of as our president.”

Presidents are put to the test and now it seems they’re being put under a microscope. The media watches Obama’s every move. There’s no problem with informing the public of which prime minister he’s meeting with tomorrow, but we’ll never need to know what type of soap he showers with.

The controversial joke he made about the Special Olympics has created another reason for the media to get the public to take the “Do you regret voting for Obama?” survey. The joke doesn’t depict his competence; he apologized and admitted to not intending any harm by his words. He’s no robot, he’s the president and presidents don’t generally get a break.

Fri Mar 20 , 2009
It’s almost 1 a.m. on a Friday and Mike Christianson is just waking up from a much needed nap. He hops into his ‘90s Chevy Lumina Minivan sporting a picture of a donkey with a line through it and heads into town. His mission: help people who shouldn’t be driving […] 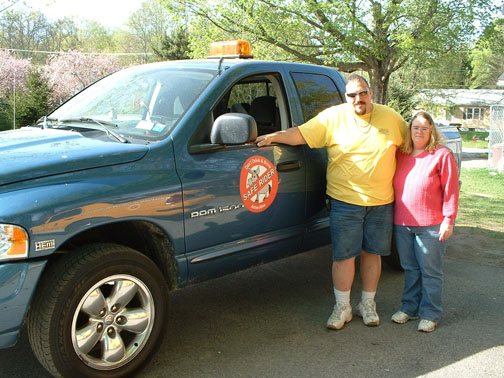