The most polarizing—and perhaps confusing—ballot proposal before voters on Nov. 2 is the first one: a proposed constitutional amendment that would change the process of counting voters and drawing new election districts in New York State.

Voters will see the following question, among others, on the back of their ballot on Tuesday:

“This proposed constitutional amendment would freeze the number of state senators at 63, amend the process for the counting of the state’s population, delete certain provisions that violate the United States Constitution, repeal and amend certain requirements for the appointment of the co-executive directors of the redistricting commission and amend the manner of drawing district lines for congressional and state legislative offices. Shall the proposed amendment be approved?”

Republican lawmakers and the party’s statewide chair have been actively campaigning against Ballot Proposal 1.

Good government groups are actually split on this ballot proposal. Groups like the League of Women Voters and Citizens Union say Prop 1 would weaken the role of the minority party on the Redistricting Commission and cause confusion in the midst of the current redistricting process. A statement by Citizens Union says the group “supports a process for redistricting that is open and fair, and believes the proposed amendment attempts to bring back redistricting power to incumbent lawmakers and reduce the role of the minority party.”

According to the New York City Board of Elections, if voters approve Prop 1, the New York State Constitution will be amended to permanently set the number of state senators to 63. The State Legislature has decided in the last three redistricting cycles to change the number of senators for a partisan advantage.

Additionally, the New York State Constitution will be amended to require New York State to count the total population in the Census, regardless of citizenship status. The Constitution will also be amended to require that incarcerated people are counted in the Census at their last place of residence prior to incarceration. Currently, incarcerated New Yorkers are counted in the communities and election districts where they are serving their sentence.

The procedures for adopting new election districts will also be changed. The state Constitution would be amended to require seven votes for the Independent Redistricting Commission to approve their plan, regardless of their political affiliation. Furthermore, the Constitution will be amended to require a simple majority in the State Legislature to approve the Commission’s plan, regardless of which party controls the Legislature.

Supporters of Prop 1 say these changes would not only simplify the commission’s process, but reduce the State Legislature’s control over the mapmaking procedure, emphasis of skills over party affiliation, and minimize partisan bias.

Ballot Proposal 1, if passed, will also require the Independent Redistricting Commission to submit its first redistricting plan to the State Legislature by Jan. 1, 2022, and by Nov. 15 starting in 2031.

A partisan fight over Ballot Proposals 1, 3 and 4 has been shaping up in newspaper editorials, letters to the editor, yard signs and press events across New York in recent days.

Proposal 3 will eliminate voter registration deadlines. Currently, there is a requirement for voters to register at least 10 days in advance, and this proposal will remove that rule. This helps make voting more accessible for all New Yorkers.

“We want as many New Yorkers to participate in our electoral process as possible,” said Sen. Jessica Ramos, an active proponent of Props 1, 3 and 4. “We want inclusive redistricting. We want people to count because every single human being counts in real life.”

Ramos said that the electoral system needs to reflect these principles, adding that voting should be much easier in New York.

Assembly Member Jessica Gonzalez Rojas pointed out that New York is one of the few states that requires their Legislature to vote for ballot initiatives. She added, “now it’s time for voters to stand up and say that they believe in democracy.”

Alex Sneh is a senior majoring in digital media production and minoring in journalism. He is interning for the Legislative Gazette during the Fall 2021 semester. He is hoping to become a sports broadcaster after he graduates from SUNY New Paltz.

Replicable Solutions to Homelessness in the Mid-Hudson Valley

Thu Nov 4 , 2021
Despite the fact that the United States is among the wealthiest nations on the planet, it is still home to one of the largest homeless populations in the world. According to an annual point-in-time count by the Department of Housing and Urban Development, approximately 580,466 people experienced homelessness in 2020. […] 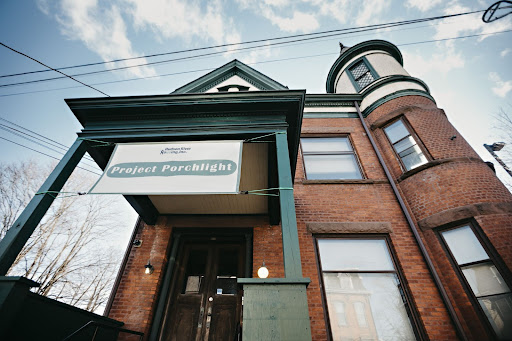