Most people want to do what they love for a living and Tony Ciccarello is doing just that. SUNY New Paltz announced on Dec. 31 that Ciccarello will be the new women’s softball coach. Bring up softball to coach Ciccarello and you can hear the passion in his voice. Quiet and strong, he chooses his words wisely.

“At Geneseo I was a part time coach. Due to this I worked a couple of other jobs to make ends meet. I am now full time doing what I love every day,” said Ciccarello, who also taught physical education at St. Agnes school in Avon, N.Y., when he wasn’t coaching.

Ciccarello had a successful 11 years at SUNY Geneseo. He finished with a 258-174 overall record, and even won the State University of Athletic Conference title in 2002. That same season, he led his team to the NCAA Division III Softball Championship Tournament. He was also named SUNYAC Softball Coach of the Year in his first two seasons of coaching.

On Oct. 10, 2012, previous head coach Denise Marchese stepped down. She left New Paltz to accept an assistant coaching job at the University of Rhode Island. This put SUNY New Paltz Director of Athletics, Stuart Robinson, in a bind. He had to find a new coach in the middle of an academic year.

“The search was a national one. It was placed in areas that extended the opportunity to apply from all over the country. We did receive a range of applications,” Robinson said. “The timing of the search was significant because all applicants had to assess whether they could relocate in the middle of the academic year.”

Ciccarello believes he is the right person for the job. Geneseo and New Paltz have both competed in the SUNYAC conference. He is the third longest tenured coach in the conference and his team has also made the SUNYAC championship tournament all but one year while he coached at Geneseo.

“I feel my 11 years of college coaching in the SUNYAC Conference is a huge advantage, Ciccarello said. “I know all of the opponents and coaches. I don’t have to learn about new conference teams.”

Ciccarello is confident that he is right for the job, but does acknowledge that it would have been tougher to get the job if it were available at a normal time. He said he feels the pool would have been bigger. But Robinson feels like he picked the right candidate.

“Tony is a talented coach who comes from a program that has maintained success for a period of time. He has a demeanor that shows genuine interest in the student athletes as people while also pushing them to succeed,” Robinson said.

Taking over from coach Marchese will be tough for Ciccarello.

“I’m taking over for a coach the players loved, but I feel like I’m a players coach. There are no secrets about playing time. I’m firm, but flexible at the same time,” Ciccarello said.

Besides the fact that he’s taking over for a beloved coach, Ciccarello has had very little time to prepare for the season. Marchese had a strict work out program that Ciccarello didn’t change, but he did add more scrimmage time.

“We’ve been working out for 11 days straight now. The old coach liked to do a lot of drills, which is great, but I feel scrimmage is the best way to prepare the team,” Ciccarello said. “It gives them a game-type environment. Of course we do drill, I hit the ball to them, and we work on fielding the ball.”

The team practices from 3:30 to 5:30 p.m. at the Milton Sports Dome in Milton, N.Y, during the cold months of winter.

The team consists of an unusual group of players. There is a big sophomore class on the team, four juniors and only one senior. This has presented an issue for Ciccarello who needs more players for the future.

“I need more freshmen, more bodies,” said Ciccarello, who also recruits players. “I usually look at travel teams, but most players come to us.”

Ciccarello is in a 10-month contract with New Paltz, which means he gets summers off.

“Not really though; I have to recruit on my own time. So those two months turn into two months of recruiting. I’m not home most weekends, I’m off watching games, trying to get players,” Ciccarello said. “Coaching is definitely harder on the spouse.”

The new coaching gig has not been easy on Ciccarello or his wife, Christina. Christina could not move with her husband to the Hudson Valley and still lives in their home in Hamlin, N.Y.

“It’s hard being five hours away from each other, but we talk on the phone daily, sometimes twice,” Ciccarello said. “We met a month ago, we will be meeting again in two weeks. My goal was to be a full time coach, my wife supported me on the decision.”

Even though he is away from his wife, Ciccarello likes living in the Hudson Valley.

“It almost feels like I’m back at college,” said Ciccarello, who lives in a small apartment near the village. “A former student found me a place, it’s small, but it’s all I need. I still have my house and mortgage up north.”

The challenge of not seeing his wife has replaced the challenge of playing against his daughter in softball. Over the past four years, Ciccarello’s daughter, Gabriella, 22, played softball at SUNY Fredonia.

“It was really tough playing against her every year,” said Ciccarello. That task is now over and there are more than enough tasks for Ciccarello to handle at the moment.

Just like every sports team at SUNY New Paltz, there is the pressure and desire to win. Ciccarello believes his team can qualify for the SUNYAC tournament, and maybe even achieve greater things. Robinson agrees.

“As for my expectations, they are the same as those that I have of every team,” Robinson said. “Given our resources, I expect all of our teams to qualify for the conference championship and in time for a place in the NCAA tournament.”

Ciccarello believes the SUNYAC is one of the top five conferences in the country. Only two out of the 10 teams from the SUNYAC make the NCAA Tournament. He believes New Paltz has a lot of talent and can compete.

“I told my team I’m used to coaching in May, I’m preparing to coach in May,” Ciccarello said. “I feel I know how to win.”

Wed Feb 27 , 2013
The fourth annual SUNY New Paltz New Play Festival is aiming to create a discussion on women’s issues such as dating, family, choices and relationships through six short plays. Along with an open conversation through art focused on women, the festival is creating opportunities for writers to have their work […] 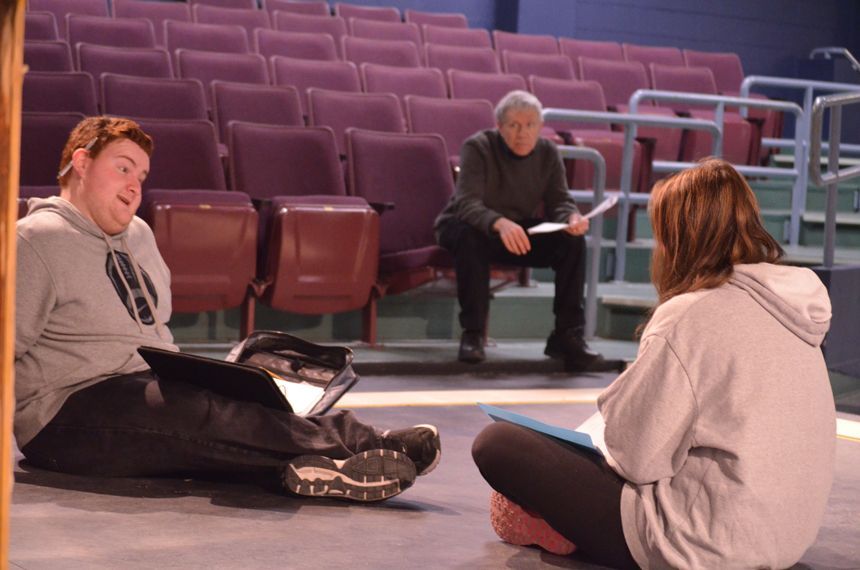