The students of SUNY New Paltz can now reap the full benefits of 3-D printing on campus, as the newly implemented program celebrates its second semester by becoming the first 3-D printing program in the nation to feature a MakerBot Innovation Center.

Formally known as the Hudson Valley Advanced Manufacturing Center, the doors were officially opened to the campus and region on Tuesday, Feb. 11. The event showcased the 25 state-of-the-art MakerBot Replicator Desktop 3-D printers located in the Smiley Arts Building and a presentation by CEO Bre Pettis of printer manufacturer MakerBot.

“This is really one of those moments where everything changes and we’re really going to unlock so much innovation,” Pettis said.

Described by New Paltz President Donald P. Christian as the “Steve Jobs of 3-D printing,” Pettis said the center will “change the whole dynamic” of manufacturing.

3-D printers work based on the same concept as conventional printing. They build their objects through a process called additive manufacturing, using computer-based designs to print molten plastic material onto a surface layer-by-layer. Each printer holds an estimated worth of $2,200.

According to Dean of the School of Science and Engineering and co-founder of the 3-D Printing initiative Daniel Freedman, the printers are a relatively simple gadget and work similarly to a hot glue gun.

College affiliates and Hudson Valley economic developers hope for the printers to spur a progression in production, attract innovative minds to the area and solidify the region’s role in additive manufacturing development.

President and CEO of the Hudson Valley Economic Development Corp. Laurence Gottlieb said in a press release that with the arrival of 3-D printers to New Paltz comes an “economic engine that will drive business growth in the Hudson Valley and New York State for years to come.”

“What we’ve started is pure magic,” said Gottlieb. “It’s exactly the essence of what good economic development is all about.”

MakerBot Industries is a global company based in Brooklyn focused on bringing 3-D printing to universities and businesses since its birth in 2009.

The 3-D printing initiative made its debut on campus in the fall 2013 semester, coined as the Digital Design and Fabrication (DDF) Program.

Engineering, art and computer science majors participating in the program have the opportunity to interact with the technology firsthand by designing their own models for the printers to build.

Freedman says the program is comprised of a series of six classes. Upon completion of the three-semester program, the student receives a certificate from the school stating that he/she has learned and successfully mastered the 3-D fabrication technology.

However for next semester, Freedman says he hopes for the program to become a minor available for all students.

“The next step in our progression is to expand our technologies,” Freedman said. “I want students to be able to print everything that can be printed.”

The DDF was initiated by Freedman and former Dean of the School of Fine and Performing Arts Mary Hafeli as an “interdisciplinary effort” between the college’s School of Fine Arts and School of Science and Engineering. This, he says, is what separates New Paltz from other universities.

On Dec. 11, the 3-D printing initiative at SUNY New Paltz became the recipient of $1 million in funding from Governor Andrew Cuomo’s Regional Economic Development Council. This was given in addition to the $500,000 the program received in May, pledged by Ulster County businessman Sean Eldridge of Hudson River Ventures and by Central Hudson River.

“When the idea first began to grow, we had a vision of New Paltz as a center of 3-D printing for Hudson Valley or larger,” Freedman said. “It was a collaborative effort, and we never stopped to ask ‘why not.’”

Video courtesy of the Office of Communication & Marketing at SUNY New Paltz.

Mon Feb 24 , 2014
By Gabriela Jeronimo In New Paltz, local shows usually take place in somebody’s small, dark basement or at the bars in town after midnight. This limits audiences and excludes those under the legal drinking age. Musicians Sans Frontieres is a non-profit group that aims to change the local music scene […] 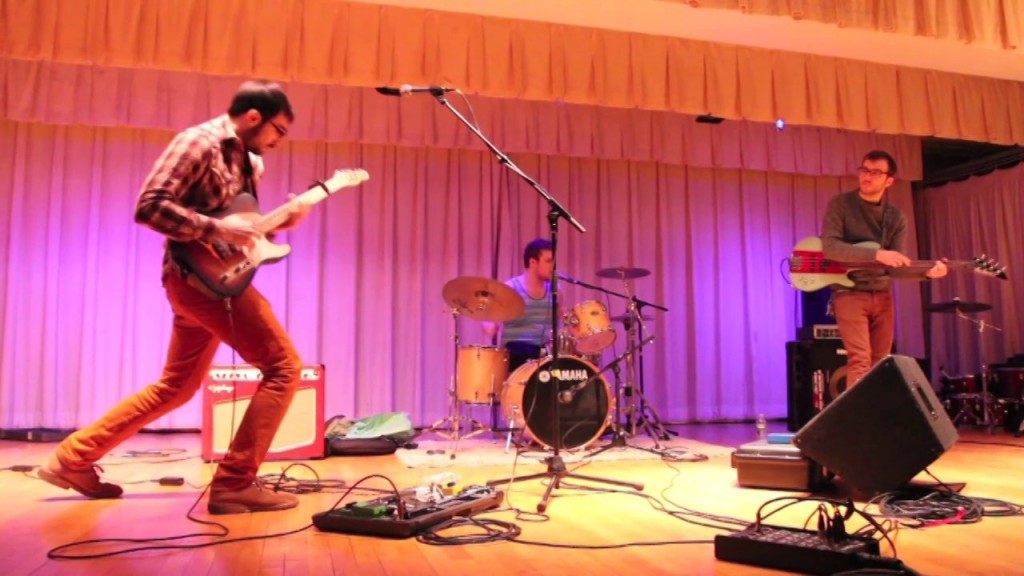