Two friends enter the glossy double doors of the   polling center at SUNY New Paltz. “It is time,” one   friend says to another. Today is Election Day, and   anticipation surrounds the campus.

Inside the large gathering space, a small but anxious   line waits for its big moment. Voting booths are lined   up toward the back of the room; ready for the   selections of those who are about to perform their   civic duty.

On that frigid morning, while donning a white winter hat, Michelle Pena, a junior at New Paltz, said she was excited to vote because, like many of her peers, it was her first time.

Pena says the presidential nominees are “super surreal,” and that election day is “terrifying.”

Pena says: “I just hate Trump a lot. Sometimes when I hear him talk, I wonder what parallel universe or timeline we have fallen into. It’s terrifying the things he says. The things he’s talking about have always existed in our country, he’s just exposing it, which is terrifying and scary.”

As students file one-by-one out of the polling place, some have a look of relief upon their faces. While leaving, they stumble upon a table hosted by the Student Activities Managers with a spread of red, white and blue cupcakes along with stickers that read, “I voted.”

Election Day Coverage at the Polls

Mon Nov 14 , 2016
By Michael Tate Today, Nov. 8, 2016 Americans everywhere will head to ballot boxes to cast their vote for their presidential candidate of choice. Both Republicans and Democrats have been fiercely going back and forth, trying to sway voters to their side. Bruce Weisner, a resident of New Paltz, comments […] 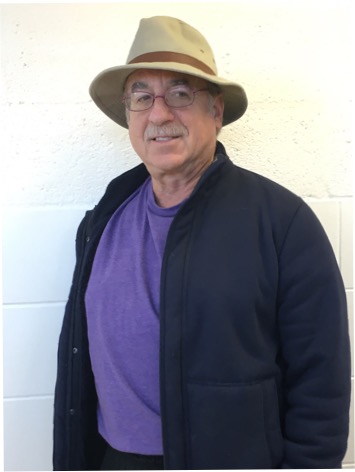