As first-time voter Marijane Tinoco entered the polling place at SUNY New Paltz on Election Day to cast her vote, the room was filled with the buzzing conversations of excited voters waiting in line to cast their votes. Unlike the scene of the same polling place back in April where lines of voters surged out the door to express their civic duty in the primaries, the atmosphere today—at least for a moment—was serene.

Tinoco, a fourth-year biology major from Kingston, headed to the polls around noon knowing that many students would still be sitting in class when she got on line with her ballot. She didn’t wait long, but as it got closer and closer to her turn to vote, people came pouring into the room as classes let out at 12:15 p.m.

Going into the polling place, Tinoco knew her presidential vote was going to be for Democratic nominee Hillary Clinton.

“Hillary has compassion for people and is an advocate for the masses,” Tinoco said.

She said these words proudly as she stood by the Student Union’s voter appreciation table, which offered cupcakes and “I Voted” stickers to voters as they exited the polls. Tinoco picked up a cupcake with blue frosting over the one with red, aligning with the Democratic vote she just cast.

“A vote for Hillary is a true step in the right direction,” Tinoco said. “It was very exciting for me to cast my vote for her, as a first time voter and as a female. It’s about time for a woman to take office.”

Mon Nov 14 , 2016
By Nicolette Sblano        New Paltz residents hope their donations to Democratic Presidential nominee Hillary Clinton will win her the 2016 presidential election over her competitor, Donald Trump.        According to the Federal Election Commission (FEC), residents of the Hudson Valley, which includes Ulster, Orange, Dutchess and Columbia counties, donated […] 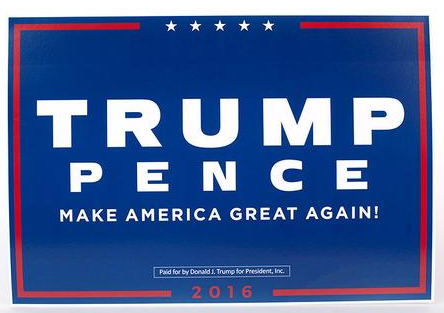