New York State voters will have an opportunity to vote on state Ballot Proposal 3 during the Nov. 2 General Election. If approved, it will give the Legislature the ability to pass future laws that would enact same-day voter registration.

Voters will see the question: “The proposed amendment would delete the current requirement in Article 2, § 5 that a citizen be registered to vote at least ten days before an election and would allow the Legislature to enact laws permitting a citizen to register to vote less than ten days before the election. Shall the proposed amendment be approved?”

Specifically, if the majority of voters pass Prop 3, the state Constitution will be amended to give the Legislature the power to pass new laws that allow New Yorkers more time to register to vote before an election—including on the day of the election. Passing this proposal will not guarantee that laws will change, but it will give lawmakers the ability to pass new laws that set the registration deadline closer to or on the day of the election.

This ballot proposal is part of New York’s progressive response to more than 15 states enacting laws restricting the right to vote. Other ballot measures that New Yorkers will see on Nov. 2 include questions about widening the use of absentee ballots, changing the redistricting process, making clean air and clean water a constitutional right and expanding the types of cases that can be heard in New York City civil courts.

Supporters of the constitutional amendment say the most reliable way to increase voter turnout is with a combination of early voting—which New York already has—and eliminating the “unfair and unnecessary disenfranchisement” they say is caused by “arbitrary” voter registration deadlines.

New York has two different voter registration deadlines: the 10-day cutoff in the state Constitution that Proposal 3 would eliminate and the 25-day cutoff that is part of state law.

“As other states across the U.S. are rushing to enact harsh voter suppression laws, New Yorkers have an opportunity to make voting easier for all of us,” said Sen. Zellnor Myrie, D-Brooklyn. “Voting is the right that protects all our other rights.”

Sen. Jessica Ramos, D-Jackson Heights, and other lawmakers recently helped launch Yes on 1, 3, 4!, a coalition of advocacy groups who shares the goal of passing the redistricting and voting reform measures next week.

“While state legislatures across the country are actively trying to restrict voting access, New York has the opportunity to lead the way and model accessible, common-sense reforms that place power back in the hands of our voters. I’m urging voters to show up by Nov. 2nd and vote yes on Ballot Proposals 1, 3 and 4 to ensure that we open up the ballot, and deliver a stronger democracy for the people of our state,” Ramos said.

Queens Assemblywoman Jessica Gonzalez-Rojas is another big supporter of Props 1, 3 and 4, stating, “It is crucial that our state continue to create a democracy that works for everyone. That’s why the legislature passed these meaningful and needed reforms. Voters should vote yes on Proposal 1, 3 and 4 to ensure that all voices are heard in our democracy.”

The League of Women Voters of New York State has announced a statewide campaign that supports Proposals 2, 3 and 4. A fifth ballot proposal expands the scope of cases that can be heard in New York City civil courts.

All New York State voters will have an opportunity to vote on the five ballot proposals during the Nov. 2 General Election or during the Oct. 23 to Oct. 31 early voting period.

Imari Armstrong is a junior at SUNY New Paltz University and a city of Poughkeepsie native. Armstrong moonlights as a music blogger and writes fan-fiction in their spare time. Criminal justice, arts, and politics are topics that Armstrong finds most interesting. Armstrong has no political affiliations and is a registered non-partisan voter.

Mon Nov 1 , 2021
This story has been republished with permission from The Legislative Gazette. This upcoming Election Day, New Yorkers will be voting on several propositions that would amend the New York State Constitution, including Proposal 5, which would expand the jurisdiction of New York City civil courts. Voters on Tuesday will see […] 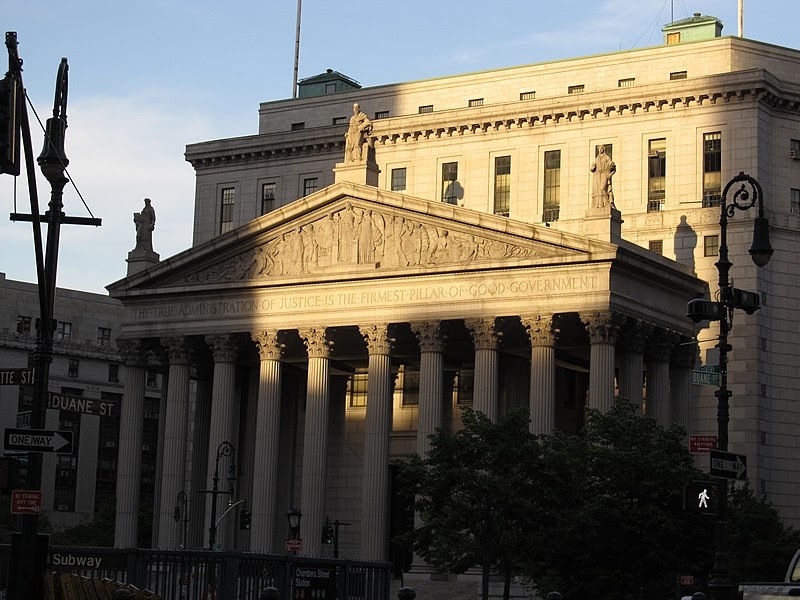